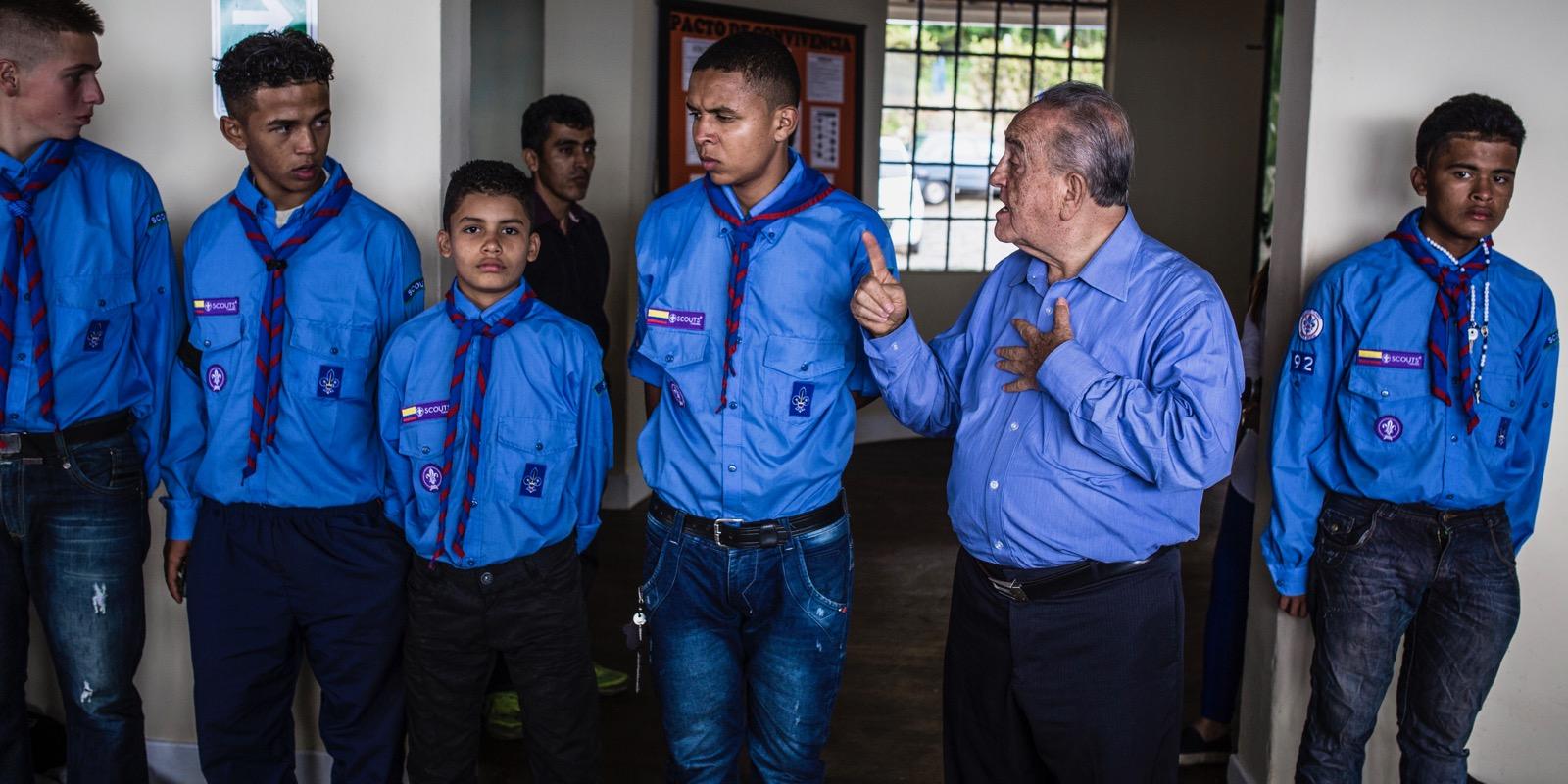 When Kevin arrived at Hogares Claret he had lived almost all his life on the street. He survived by scavenging rubbish and selling things that could be recycled. He took drugs and often got into fights.

Once, when he had no money, he went to a church. The priest said he couldn’t help him. But a woman overheard Kevin and gave him money if he promised to go to the police, which he did. The police took him to Hogares Claret in Medellin.
“At first I just wanted to get out of here. It was weird that we all had to be Scouts and follow loads of rules, but after a few weeks I thought it was alright. We get to learn lots of stuff that might be useful later in life,” says Kevin.
Life in the Scouts has helped Kevin sort his life out. For the first time, he can now contemplate a future. He wants to learn to bake, but what he really wants is to be a professional footballer. 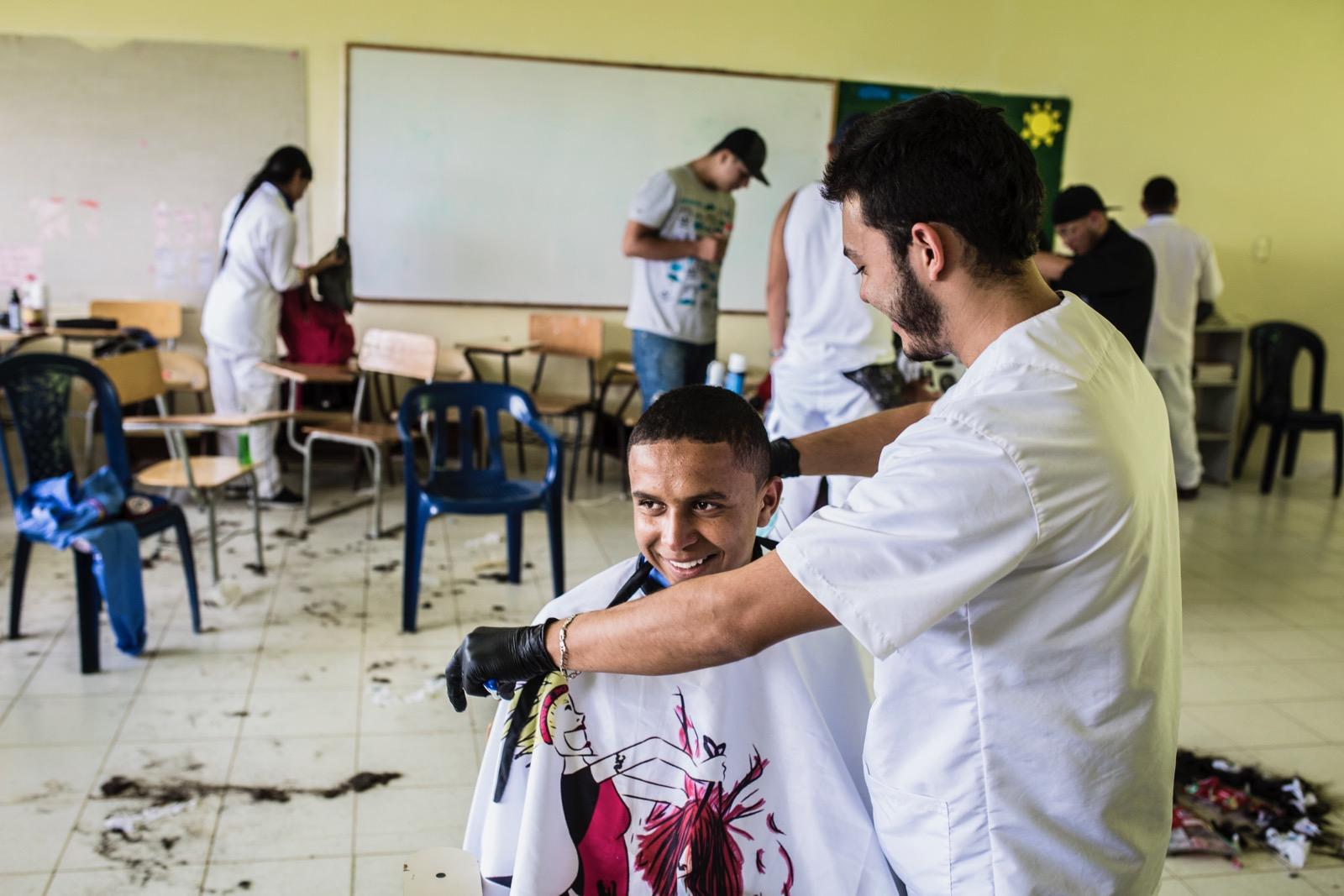 Kevin sporting a new haircut. A guy who used to be at Hogares Claret and got help there comes once a week to give haircuts to anyone who wants one, and to teach hairdressing to those who are interested.

Helping each other
Ten years ago, Kevin and his big brother were living alone in a village in the countryside. Their parents were dead.
“We stole to survive. But one day the guerrilla fighter in charge of our village came to our house. They said stealing wasn’t allowed and killed my big brother right in front of me.”
Since then, Kevin has been on his own. For the first time in his life, the Scout patrol at Hogares Claret gives him peers and friends who respect him. They help each other.
As Scouts they learn to take responsibility, become good leaders and show sympathy. They see themselves in a new light and become aware of what they can do by themselves and with the help of others.
Father Gabriel was in the Scouts as a child. He regards the Scout movement’s methods as part of the therapy that helps the children and young people who come to Hogares Claret.