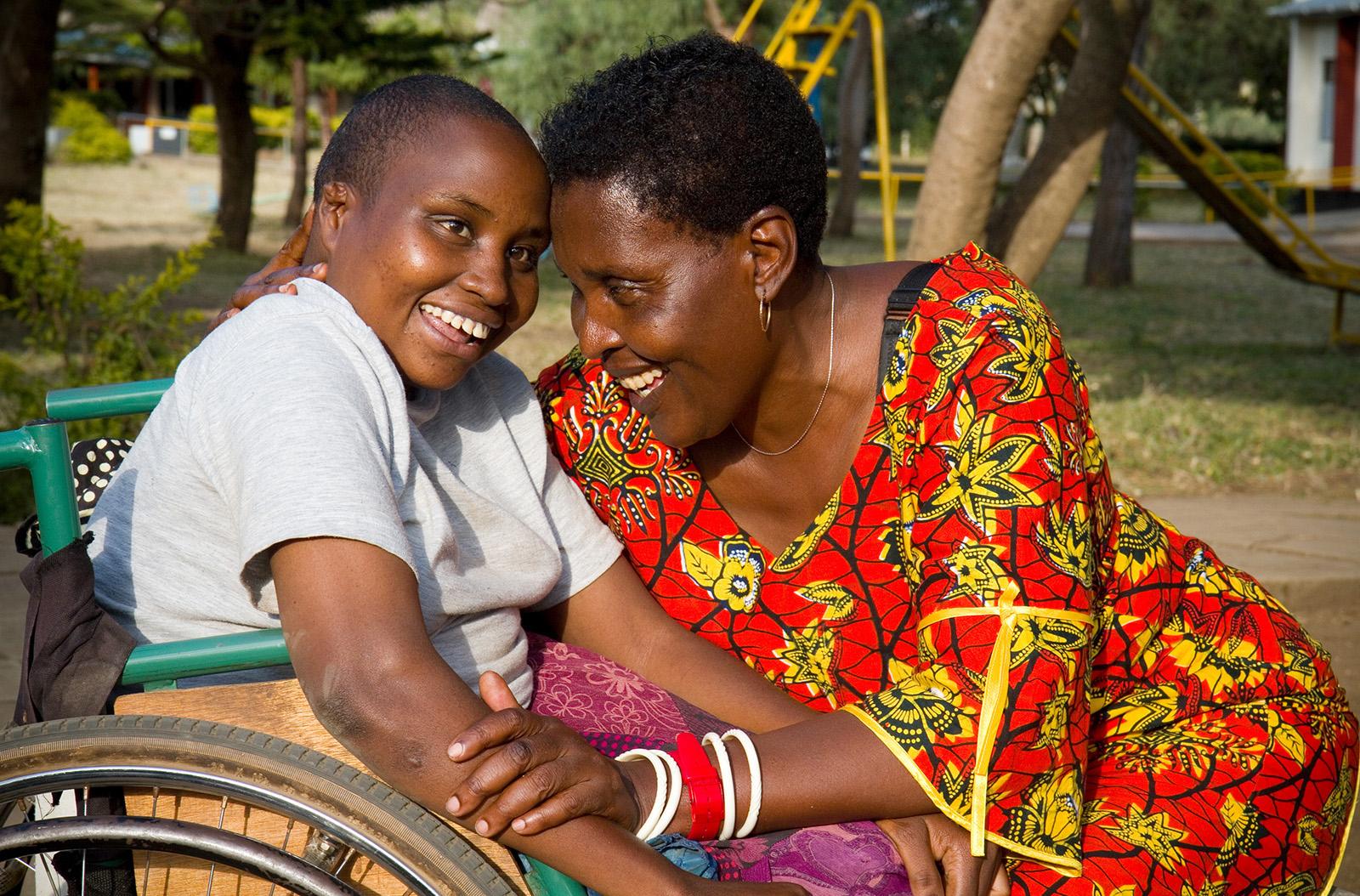 “When I found Naimyakwa alone in the abandoned village she was eight years old and lying on the floor in one of the houses. There was a strong smell of urine because she had been unable to go anywhere due to her disability. I didn’t think she would survive,” says Anna Mollel.

We were travelling with our mobile clinic to the area where a little orphaned girl with cerebral palsy lived, but Naimyakwa wasn’t to be found with her adult siblings as usual. When I asked if anyone knew where she was, a woman said that the family had moved on with their livestock during the drought to find new pasture.
“I knew how difficult Naimyakwa found it to move, so I wondered how they had managed to take her with them. I went to her village, which was completely abandoned. We had started walking back towards the car when I heard a whimpering sound.” 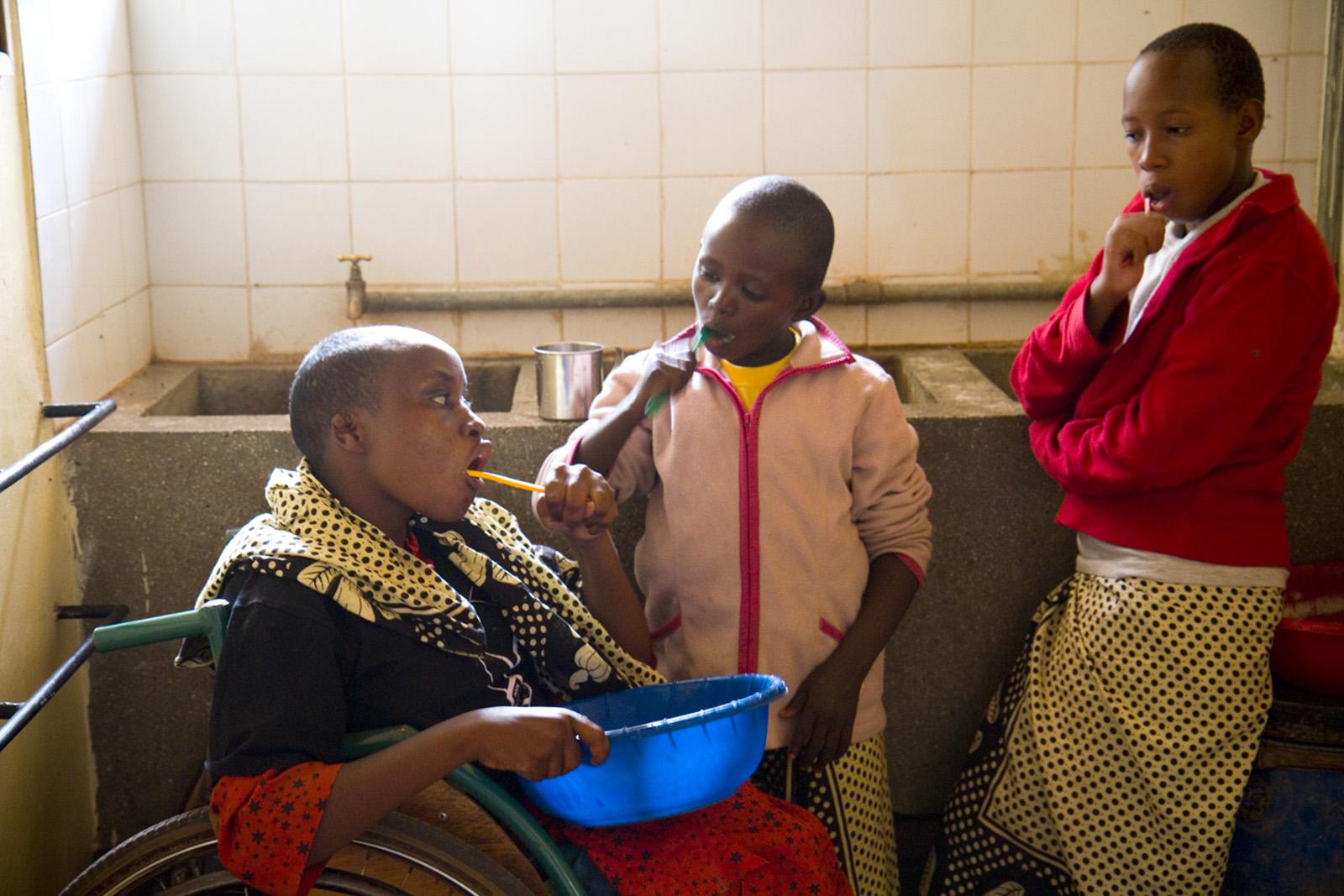 6.00 Good morning !
Naimyakwa brushes her teeth with her friends. When she first came to the center, it was impossible for her to brush her teeth, get dressed and feed herself.

lion? “I thought it was a lion at first. As we passed one of the houses, we heard the strange sound again. I was afraid, but I carefully stuck my head in and asked if there was anyone there. I heard a little whimper in response.
“Naimyakwa was lying on the earth floor, barely breathing. It smelled of faeces, as she was completely helpless because of her cerebral palsy. There was an empty calabash next to her that had contained milk. There was a little water left in another calabash. Naimyakwa was very weak. I was used to families leaving their differently abled children at the center, and never seeing the parents again. But to leave your child like this!” 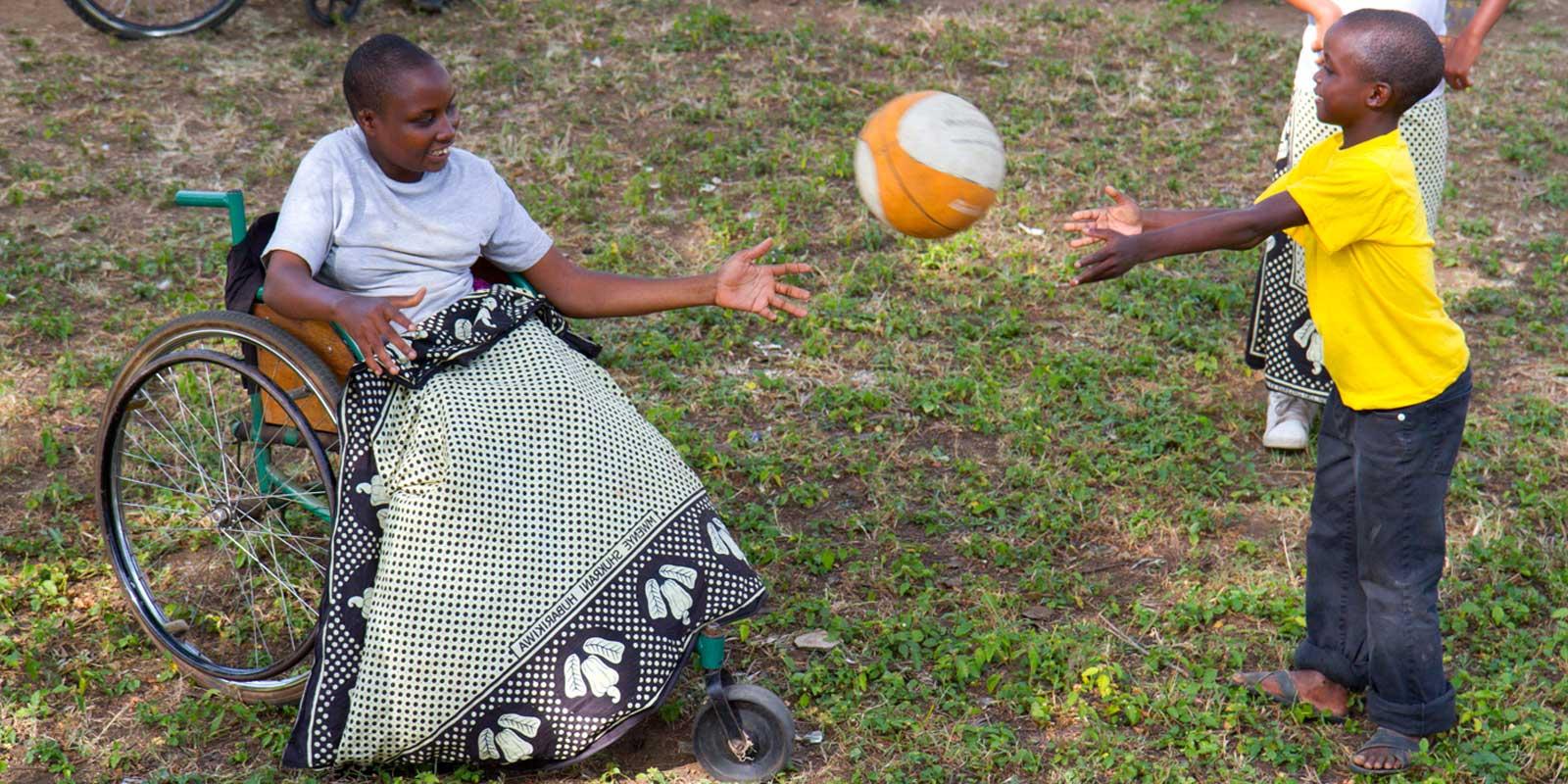 10.00 Break
time and play! The children have fun and exercise their bodies by doing different movements. Naimyakwa tries to catch and throw the ball to the next person.