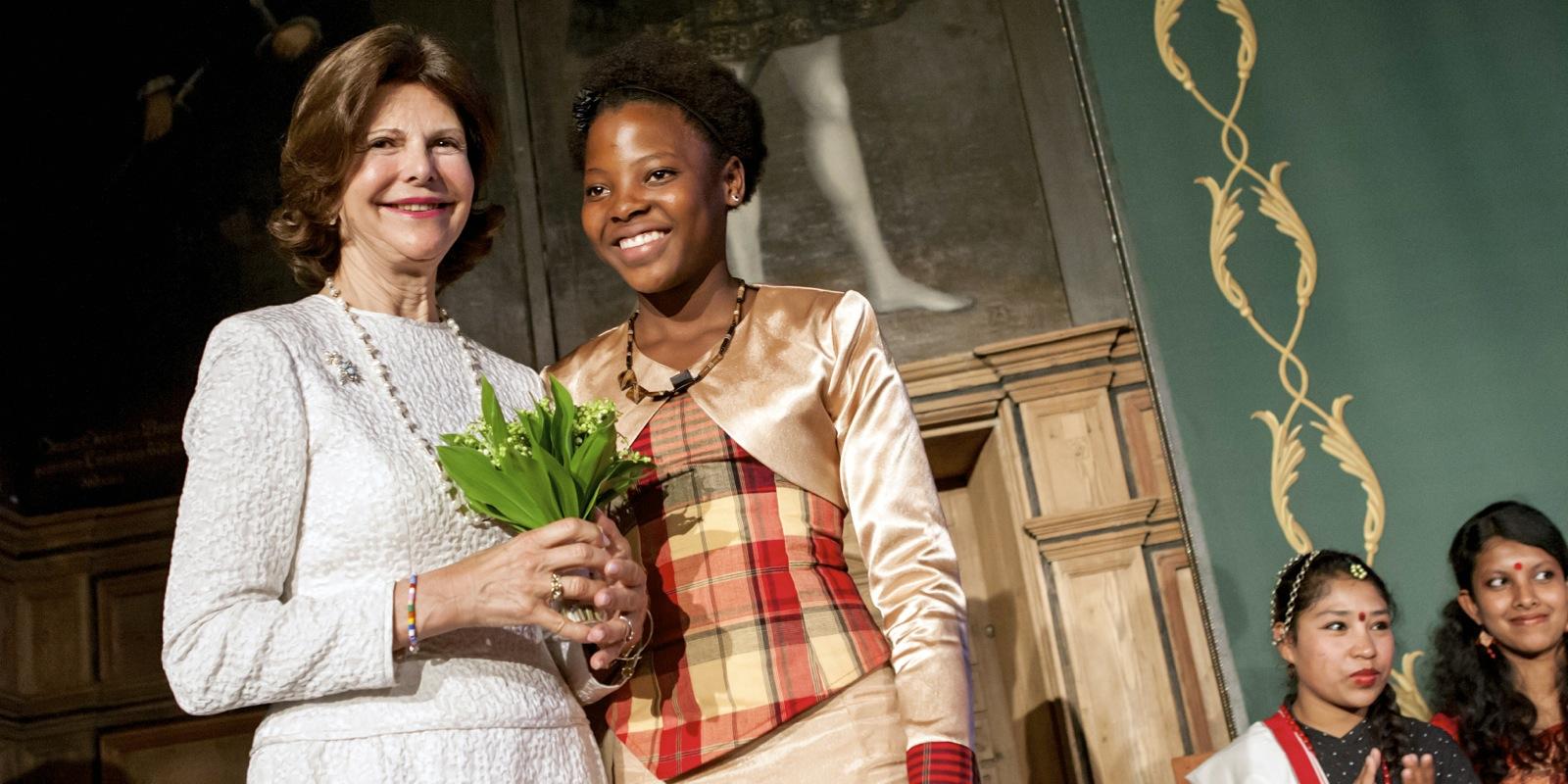 Emelda represented orphans and children who fight for the rights of poor children.

When Emelda from Moçambique was six years old, her father was shot dead by thieves, and just a few months later her mother died of malaria.    “Everything fell apart. I didn’t think anything could ever be good again. I was terrified that I would be left alone and end up on the street.

But in spite of all the bad things that happened, I was so lucky.” Emelda’s grandmother and her uncle’s family welcomed her with open arms. She got a place to live, food, clothes and the chance to go to school.    “More than anything else, I got a family who love me. Emelda started her own school at home, for children who would not otherwise have the chance to go to school.    “Going to school is one of the most important things there is. It gives you a better chance of finding work later in life, which means you’ll be able to take better care of your family. I really hate to see poor children who can’t go to school and never get opportunities in life. Often they have lost their parents and end up on the street because there’s nobody to take care of them. Many of them are forced to work. It is so horribly unfair!” says Emelda.