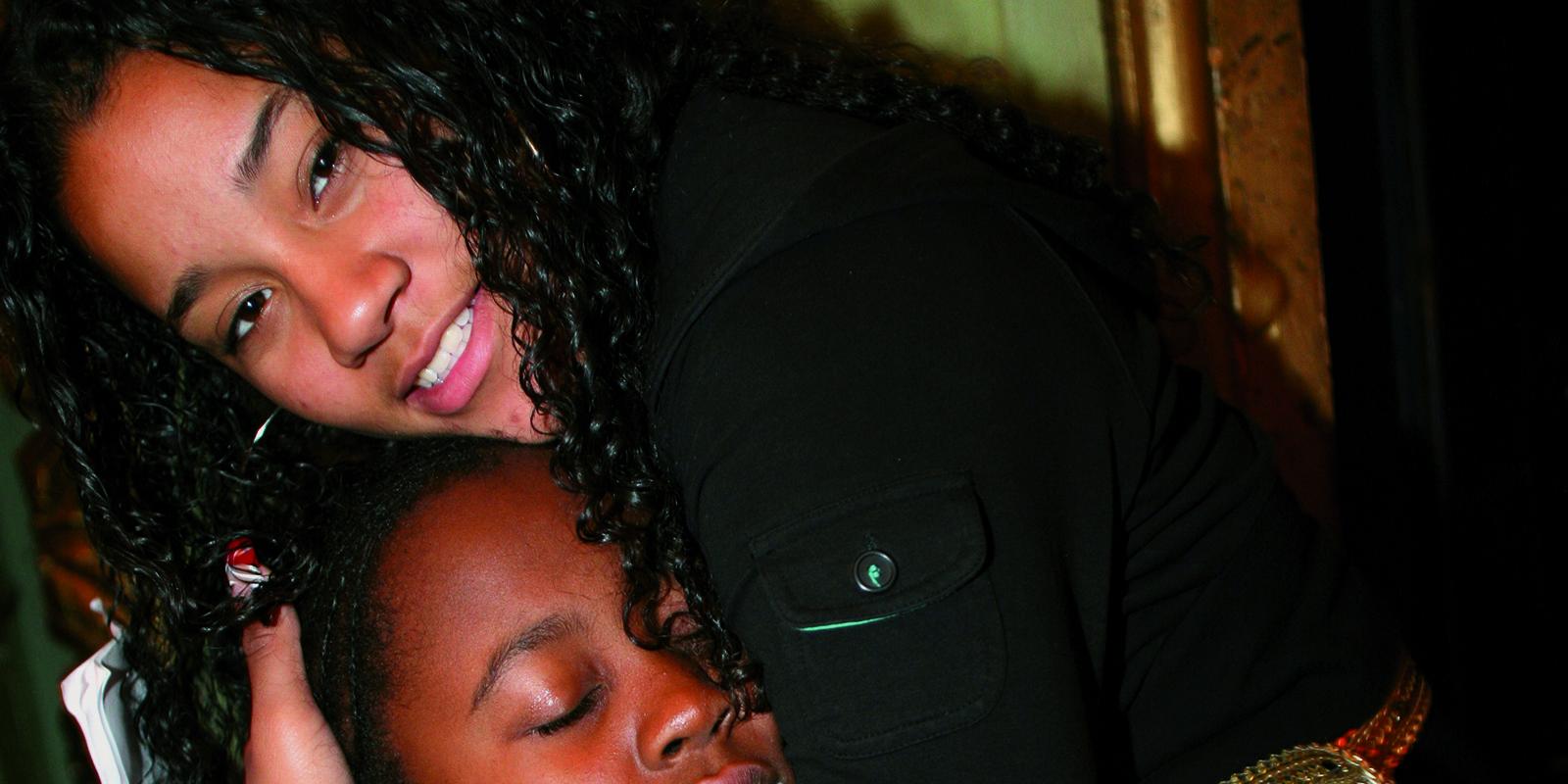 Idalmin represented the children of prisoners in the Child Jury. Now she is an Honorary Adult Friend of the WCP.

These are excerpts from the story about Idalmin when she was a jury member:
Idalmin was nine when her mother and father were arrested by the police. “What are you doing?' she asked the police, crying. “You’re too young to understand,' said a police officer. “Where are you taking my mom?' Idalmin asked. “I love my mom'. At first, Idalmin and her sisters moved in with their grandmother. Every day she asked her grandmother, “When are my parents coming home?' Her grandmother just kept saying, “Tomorrow. Tomorrow.' “It was as though my parents had died.' “The first time I visited mom in prison, visiting time finished after one hour. Just imagine - you haven’t seen your mom for ages, and then you only get one hour! I cried every morning for that first year.'
During the first few years Idalmin and her sisters went to stay with different relatives and friends. It was a difficult time. Idalmin became ill and began to skip school. Things improved when she and her sisters ended up in the same foster family. Once a week, Idalmin meets with other girls whose parents are in prison. They have fun and talk at events about children whose parents are in prison.
In 2005, after six years, Idalmin’s mother was released.

Once a week Idalmin and her little sister meet other children who have parents in prison. They talk, eat pizza and do fun stuff together. They often share their experiences with other kids, in rallies and meetings about children of imprisoned parents. The support group is led by the New York-based Incarcerated Mother’s Program, an organization that collaborates with Emani, Liz and the Osborne Association. It’s like my parents died “I was nine years old when it happened. I came home from school and threw my bag on the floor. I was going to go give my mom and dad a hug but something wasn’t right.
Clothes and stuff were thrown on the floor, everything was ripped and broken. I went to the living room and saw my mom and dad on the couch with their hands behind their backs’.

‘What’s all of this mess? What is going on here?’ I said. ‘Oh, nothing’, says my mom.
I noticed then that their wrists were locked with cuffs. There were people all over the apartment. They wore regular clothes but I knew they were cops, because they had their guns and these black, bullet proof vests. I really got scared and started crying. ‘What are you doing?’ I asked. ‘You’re too young to understand’, a cop said. ‘No I’m not. I’m in the 4th grade’, I said. ‘I have the right to know what’s going on here.’ But the cops just kept on emptying drawers and cupboards. They were looking for drugs. They destroyed the Mickey Mouse wallpaper in my room when they did big holes in the wall. They took everything – jewelry, letters and toys and carried it off to the police station. ‘Where are you taking my mom?’ I asked. ‘I love my mom, let her go’ ‘We have to take them with us, said the police. We promise we will bring them back’. So I believed my mom and dad would come home.

‘Tomorrow, tomorrow…’ I didn’t sleep that night. Me and my three little sisters moved in with our grandmother. Every day I asked her ‘when are my parents coming home’? My grandma just kept saying:
‘Tomorrow, tomorrow…’ But they never came. It was like my parents died. I celebrated my tenth birthday doing nothing. No cake, no presents or hugs. When I had my mom she’d wake me up in the morning with a lot of hugs. She gave me a nice breakfast and kept saying ‘Happy Birthday’ while I was taking a shower and getting dressed. I never thought I’d see my own parents in prison. I was used to always being with them. Sometimes we’d play bingo in the evenings. Every time my father won he would do this little cha-cha-cha-dance around the table, singing ‘Bingo, bingo.’ I thought I had the perfect thing. When I went into foster care I couldn’t believe that either. I said to myself ‘Am I dreaming?’ I used to see shows about foster kids on TV and now I am one of them! At my fifth grade graduation everybody else had their parents. I was all alone. No one could understand why I was crying. Only two teachers knew what had happened to me. I won a trophy for attendance because I’d been in school every day. Everybody was supposed to be happy but I wasn’t happy at all.