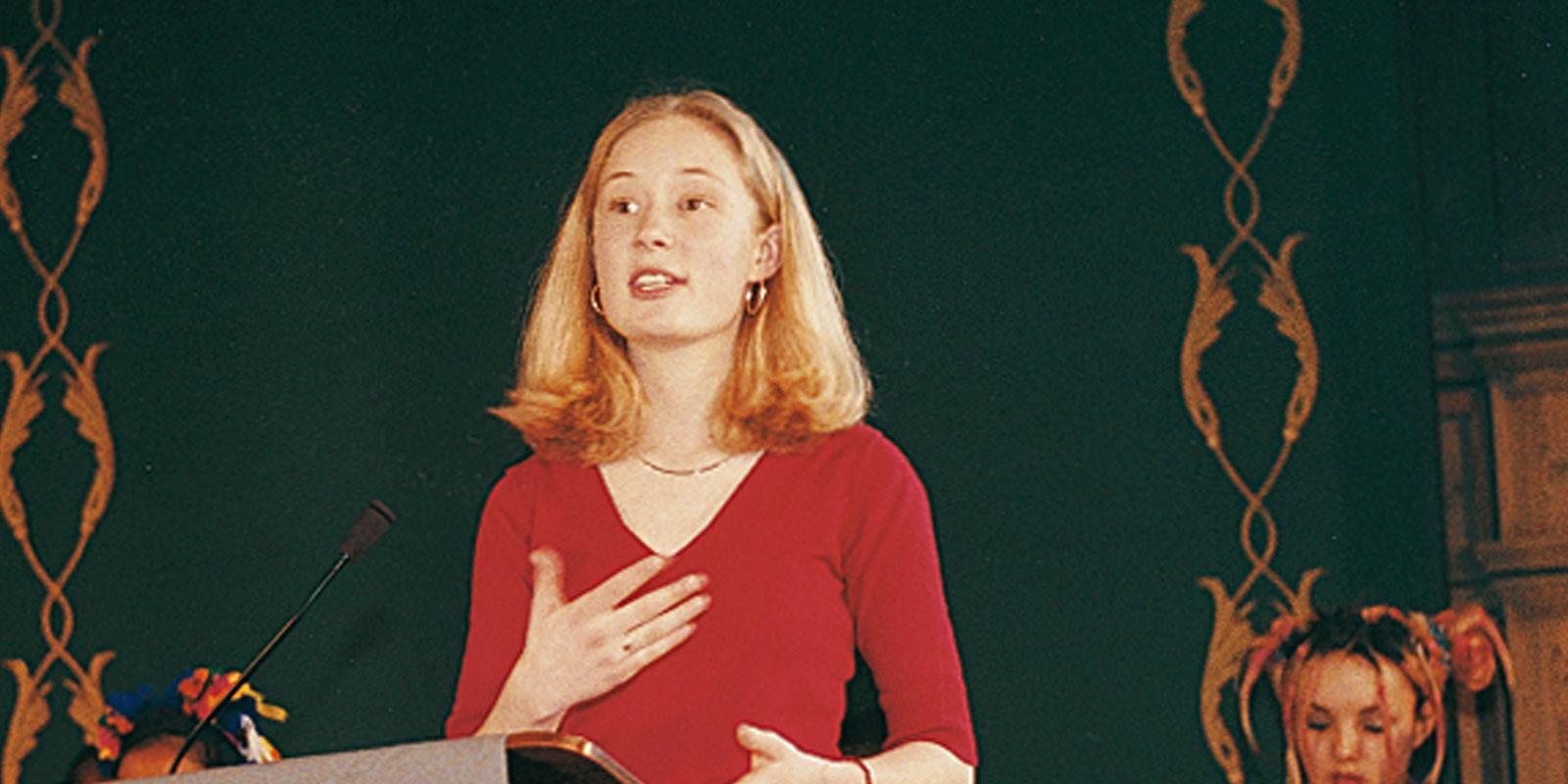 Laura represented children who ﬁght for the rights of the child on the jury from 2000–2003. Now she is an Honorary Adult Friend.

She said this about entering the adult world: "It feels empty not being able to fight for the rights of the child as a child any more. It was easier when I was part of the question. It’s a bit scary now, becoming an adult and being part of the problem. It’s adults who violate children’s rights,’ says Laura.

Laura’s fight for the rights of the child began early. When she was in the fourth grade, she visited India. There, she met Mother Theresa, who had received the Nobel Peace Prize for her lifelong work helping poor children.
‘The meetings with the other children of the jury and the children and adults in the prize delegations, as well as seeing the prize grow, have given me strength.’