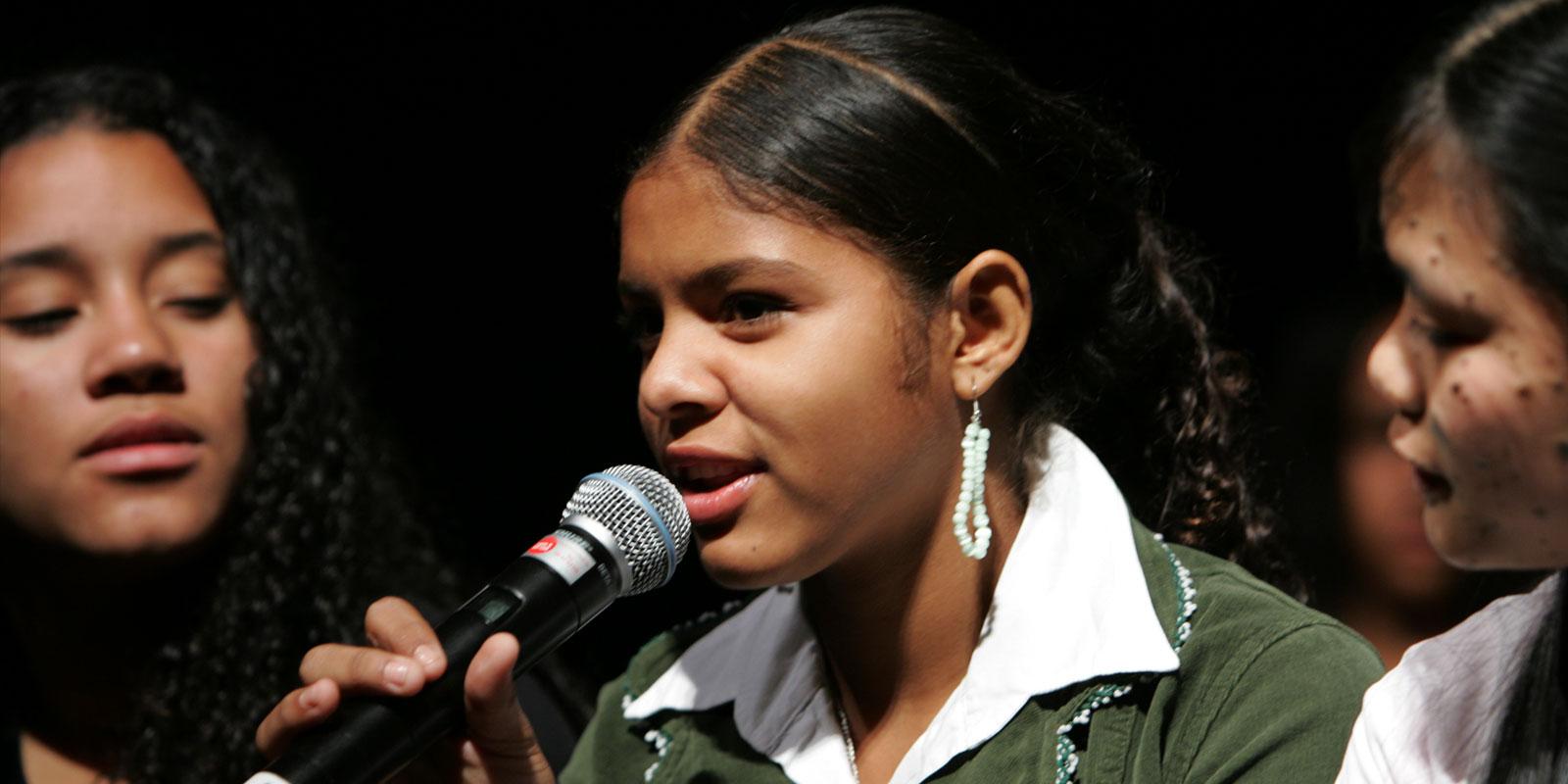 Laury, represented children in war-torn areas, refugees and children who fight for peace and the rights of the child. Now she is an Honorary Adult Friend.

This was Laury’s story when she was on the jury:

Laury lived in Carmen de Bolivar, in northern Colombia, with her mother and grandmother when one day, a man began to leave avocados and coconuts at the family’s door. The family sold them at the market, but at the same time they felt threatened. In civil war Colombia, armed troups often give families gifts in order to buy their loyalty. In the village where Laury lived there was fighting between armed troups and a lot of organised crime.
Laury and her family managed to escape from there and came to the “Nelson Mandela” settlement as internal refugees. They built a shack made of planks of wood, sheet metal and cardboard. Every time it rained they had to build a new one. Now they live in a concrete house, but it is located at the bottom of a steep slope so the house fills with water whenever there is heavy rain.
Laury works hard at school and fights for peace in several children‘s groups. She sells her mother’s “Deditos” (corn fingers) at school every day to help the family get by.
“We are poor and have been through many hardships, but I’m not ashamed of it – I’m proud!”