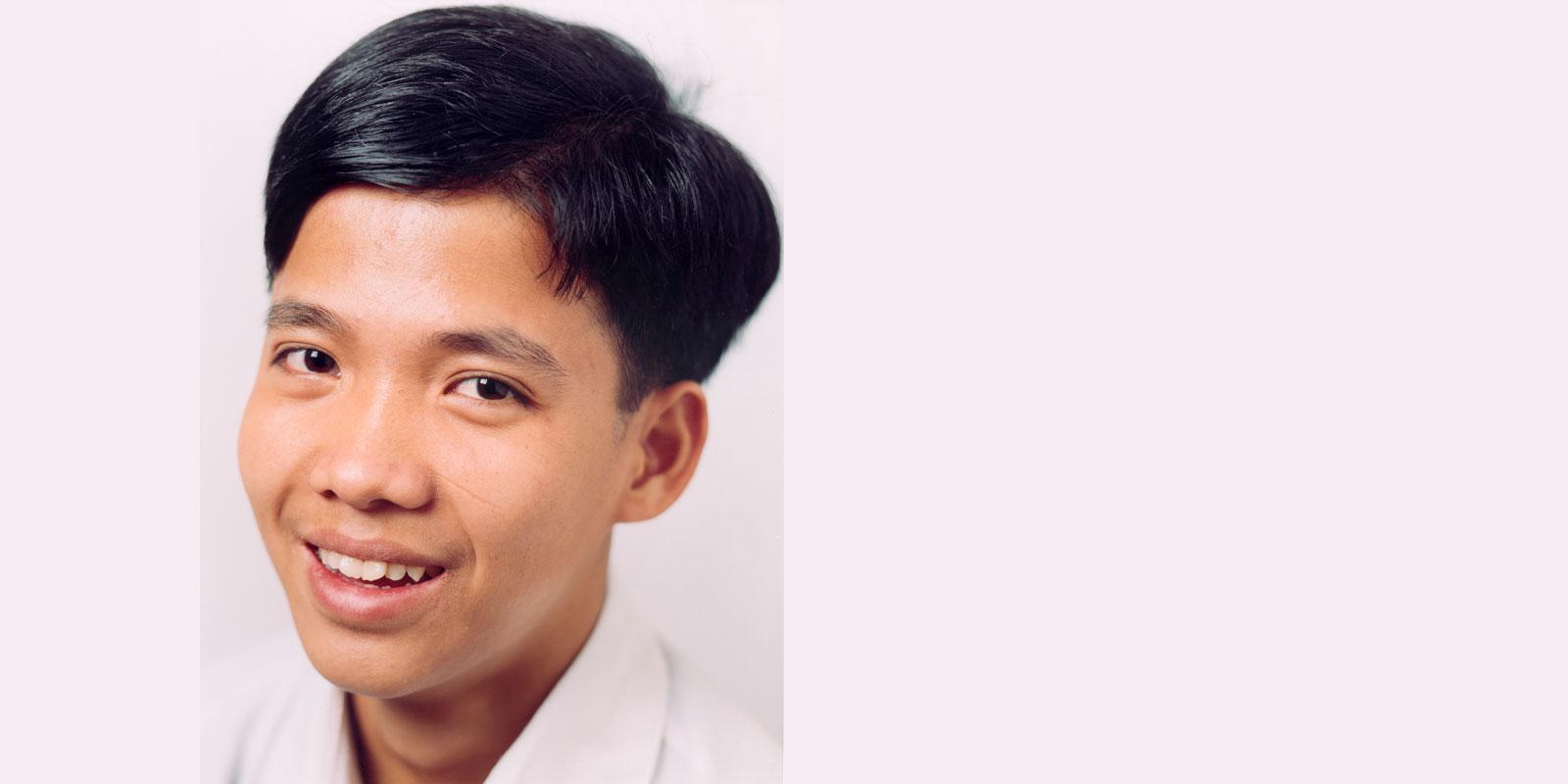 This is what Cuong told us when he was on the jury:

Cuong, lives in a village eight miles north of Hanoi, where his family grows rice and has a fish-breeding operation.
‘Up until five years ago, I couldn’t walk by myself, but now I can walk pretty far on my own. I like soccer, but I can only watch.

When I was about to begin school, there was no one who could help me get there, so I had to wait a year and begin along with my sister, who carried me there. My sister and I were good at school, so we were chosen to attend a special school. But it was too far from where we live, so only my sister could go. I didn’t have anyone to help me. I began to lose self-confidence because of my handicap, and unkind children teased me.
When I was little I always dreamt that there was a place where all the handicapped children could be together and no one would discriminate against anyone else. I still feel alone and isolated. Some kids tease me, others are envious because I do better in school than they. Some of the kids who bully me sneak about in the classroom and steal other kids’ things and blame it on me. Once I told my teacher about it, but she said “If you hadn’t been stealing you wouldn’t have mentioned it”. Since then, I keep everything to myself.

The only thing I can do is show the other kids that I’m at least as clever as they are. I was chosen to represent my school in physics and mathematics contests against other schools, and my parents are very proud.’