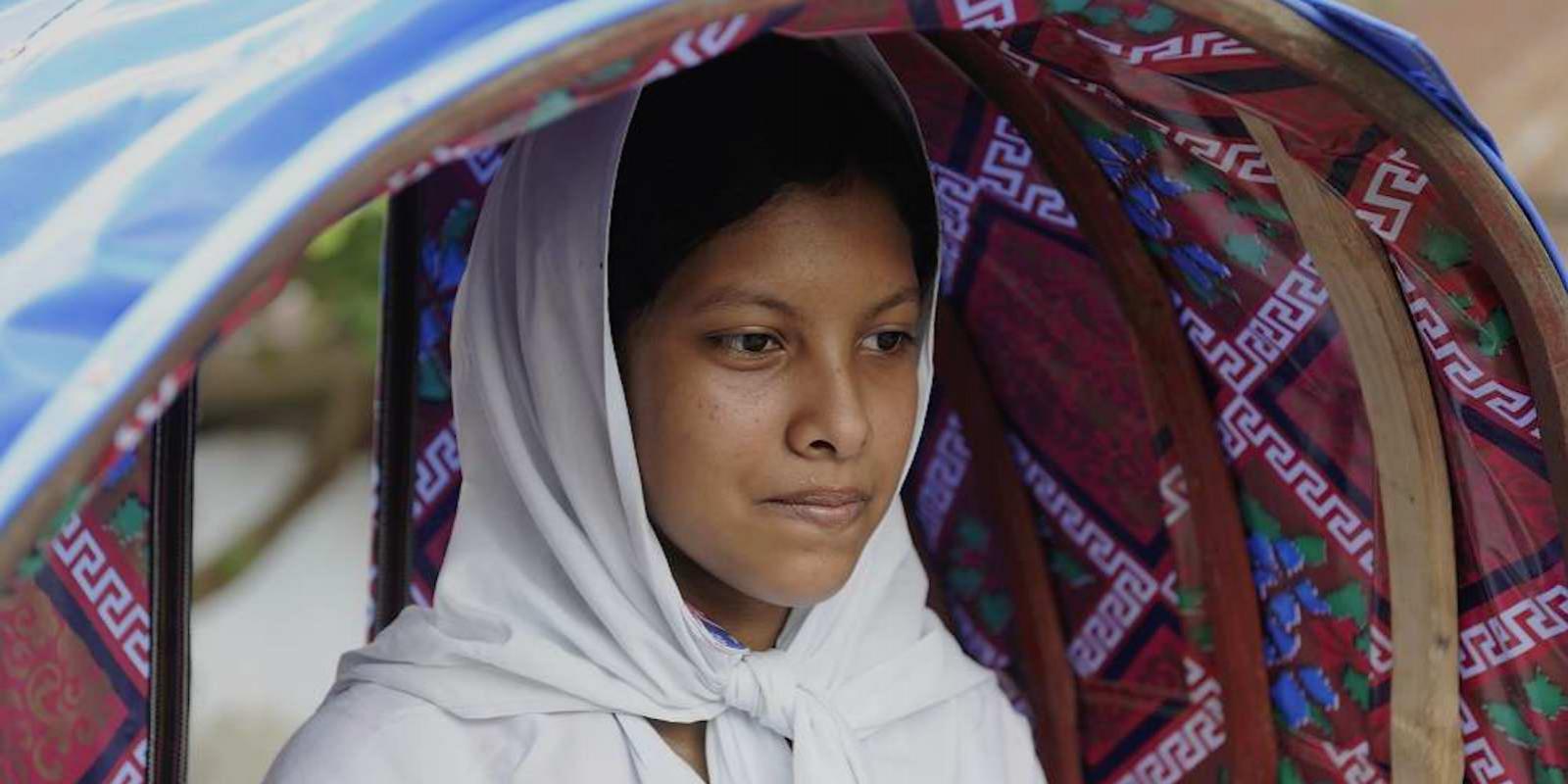 Nuzhat represents children who have their rights violated through natural disasters and environmental degradation.

This is what Nuzhat said when she was on the jury:

“If the sea level rises by one metre the southern part of Bangladesh, where I live, will be underwater. I think about that often.

Global warming is causing the ice at the North and South Poles and in the Himalayas to melt. As a result we are hit harder by cyclones and flooding,” says Nuzhat. “When I was on my way to school the day after the mega-cyclone, there were dead and injured people all over the place.”
Nuzhat lives in the little town of Barisal in southern Bangladesh. Every morning she puts on her school uniform, hails a cycle rickshaw and gets a lift to school.
Cyclones – very severe storms – affect Bangladesh every year. But the country is well-prepared, and has a good cyclone warning system. The absolute worst thing that has happened to me in my life was when I thought our school had been destroyed by the mega-cyclone.”