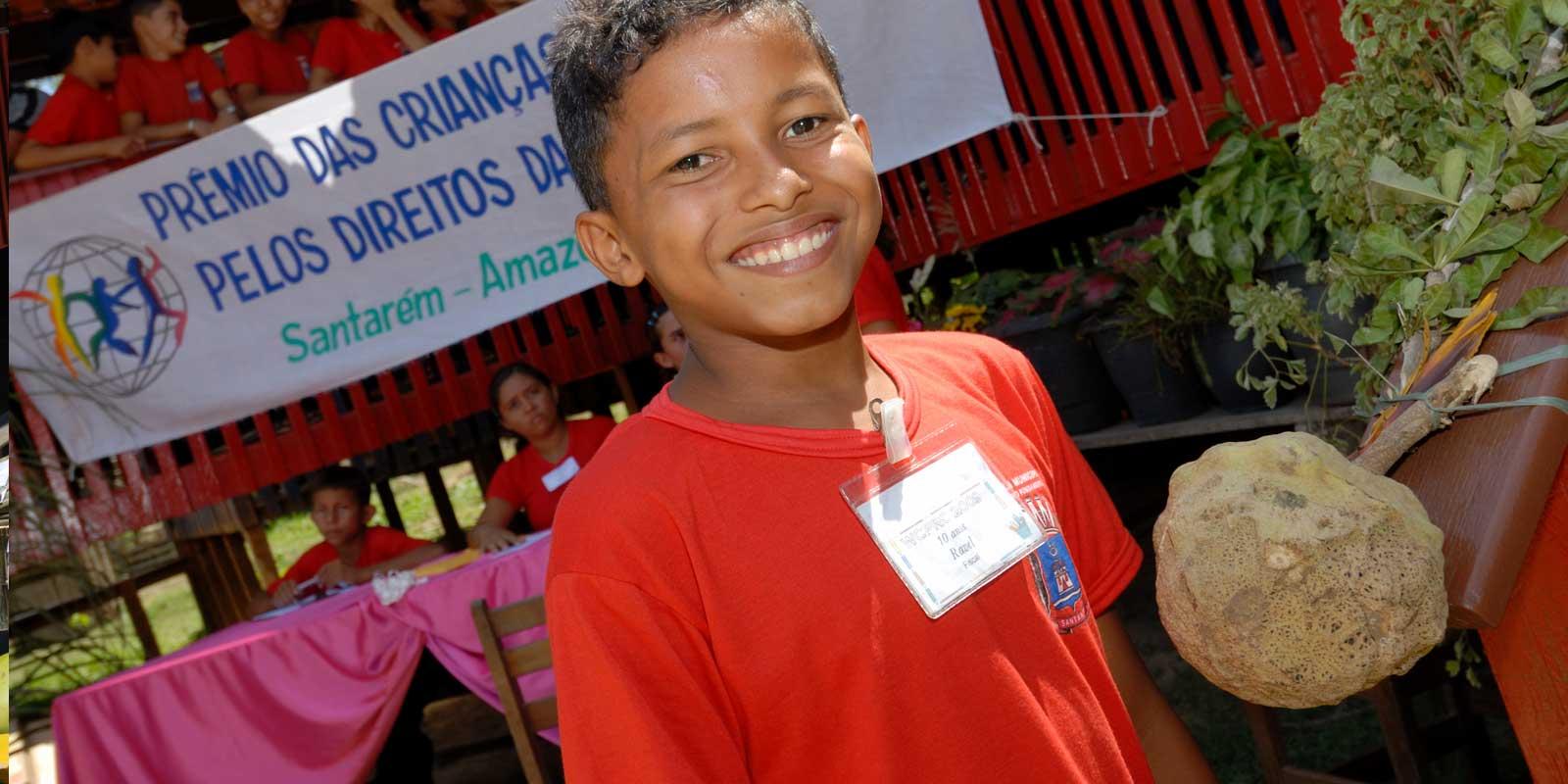 Ravel, 12, jumps out of his hammock early in the morning. Today is the day that his feature on São Jorge school's preparations for Global Vote day is to be broadcast on Santarem’s Rural Radio station. Every year, youth reporters give broadcasts on several different radio stations about how children in Amazonas in Brazil are working with the World’s Children’s Prize.

Ravel gets to school quickly because he lives nearby. He starts up the diesel generator and sound equipment so that he can broadcast the programme “Listening and learning”. He and the other children taking part in the morning session soon hear the voice of 11-year-old Reynan da Silvas live from the studio in the city of Santarem. The youth reporters on Educational Radio are based at various places along the River Amazon.

“Hi there guys! Today, me and my colleagues are going to tell you about how Global Vote Day is being organised in schools across our dear homeland! First let’s go to our reporter Ravel Sousa in Tapará Grande: “Good morning to our friends in the Rural Radio station studio!” says Ravel.
“This is the fourth year that my school has taken part in the World’s Children’s Prize. This year we’re looking in particular at article 28 of the UN Convention on the Rights of the Child, which is about the right to education.

Many children here in Amazonas have to drop out of school to start working and supporting their families, or to take care of younger siblings. Others are taken advantage of by their parents or gangs, who use money from child labour to buy drugs and alcohol. I think that the authorities should work harder at making sure that children's rights are supported, because many of these rights are not respected here.” 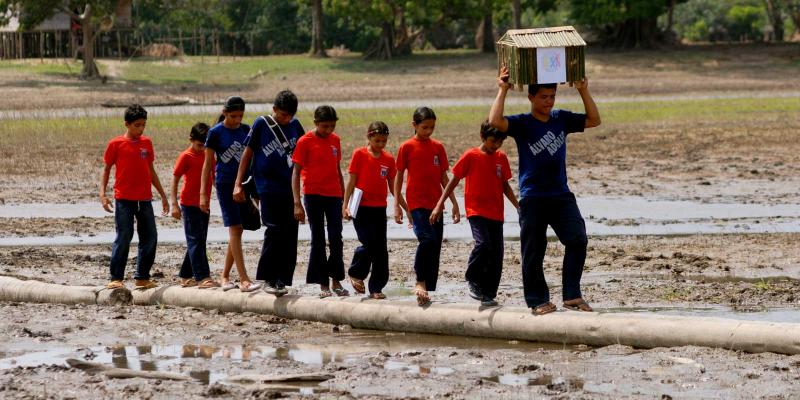 While the pupils who attend the morning shift at São Jorge school listen to the radio programme with Ravel, the pupils from Pucu, who attend a later session at the same school, gather in the forest to collect bamboo.