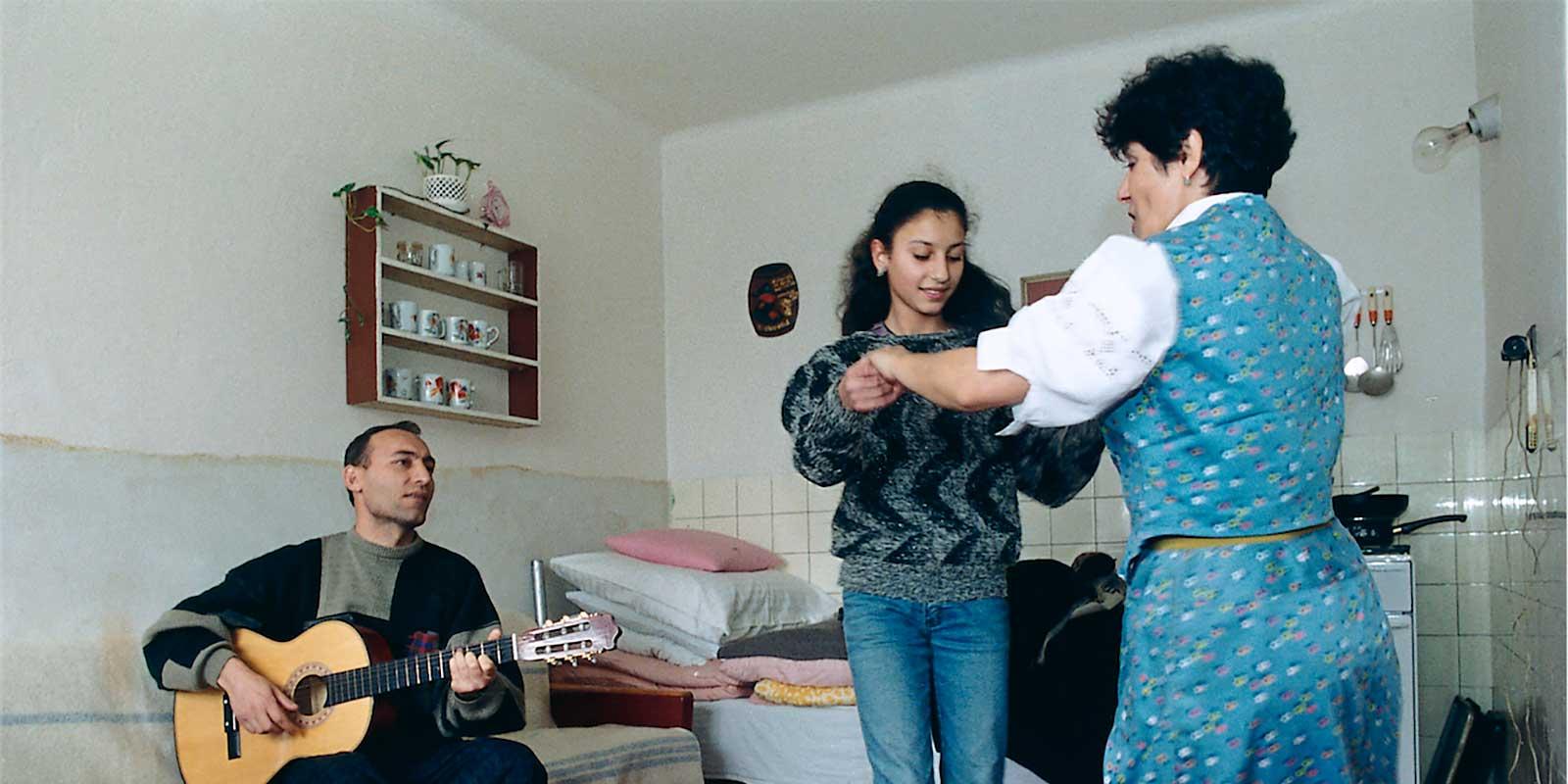 Svetlana belongs to the Roma people and on the Child Jury she represented minority children who are bullied and discriminated against. She was a member of the jury from 2002 to 2006 and is now an Honorary Adult Friend.

These are excerpts from the story about Svetlana and her life when she was a jury member:

Svetlana’s father often sits in the kitchen playing his guitar while she sings. The words are in Romany, the language of the Romany people.
’The song is called 'Czardas',’ Svetlana tells us. The lyric says: ’Lift your violin and play!’ It’s a happy, captivating melody. Pavlina, Svetlana’s mother, gets up and dances, and Svetlana joins her. Pavlina has given many of the Gypsy children in the neighbourhood song and dance lessons. Today, some of them perform at the Opera House.
Svetlana collects pictures of a singer from Latin America, Natalia Oreiro. She is dark and beautiful, almost like Svetlana. Natalia is the star of a popular TV series shown in the Czech Republic.
’Her songs are like Romany songs. She’s more like us, she has more temperament than Czechs,’ Svetlana explains.    Recently, Svetlana sent a letter to her idol, and every day now she checks the mailbox for an answer.    Svetlana’s family doesn’t own many things. They lost everything they owned in a major flood four years ago. The pictures of Natalia Oreiro are Svetlana’s dearest possessions. A wall to keep out Gypsies A few years ago, Svetlana and many other people visited the town of Usti nad Labern. They went there to plant flowers. The town authorities had decided to raise a wall around the houses where Romany people lived. They said the Gypsies disturbed other people. Svetlana and her friends planted flowers just where the wall was to be built. They wanted to show something beautiful instead of a wall. The children sang Romany songs by the place where the wall was to be built. The authorities built the wall anyway, but people all over Europe protested. Now, finally, the wall has been taken away.

Afraid of the dark Svetlana has a best friend called Denisa. Her family also lost everything in the flood. ’We’re like twins. I don’t understand anyone as well as I do her.’ Both girls are very afraid of the dark, so they only meet in the daytime when it’s light. Neither of them dares to walk to the other’s house after sundown.
Svetlana goes to the living room to fetch her favourite jumper. This room also serves as bedroom.
’Dad’s peeved with me because I have to keep the light on all night. Otherwise, I can’t sleep.’
When a person dies, he becomes a spirit. If it’s dark in the room, spirits can come in and harm her. Svetlana has learnt this from her mum and dad.    ’Even if someone is kind while they’re alive, they can become evil when they’re dead. That’s why I have to be careful of spirits.’    Ever since a boy she knew three years ago died, she has been afraid of seeing his spirit. A spirit can hurt her in the dark, maybe pinch her, so she gets bruised.
’When it’s dark, I can feel spirits in the room.’
Svetlana is the youngest of eight children. The older ones have all moved away from home, but a few months ago, she got a sister. ’We adopted a nine-year-old girl so    Svetlana won’t have to be alone,’ says her mother.
So now she’s no longer the youngest child.
’ It doesn’t matter now that I’m so big,’ she says.