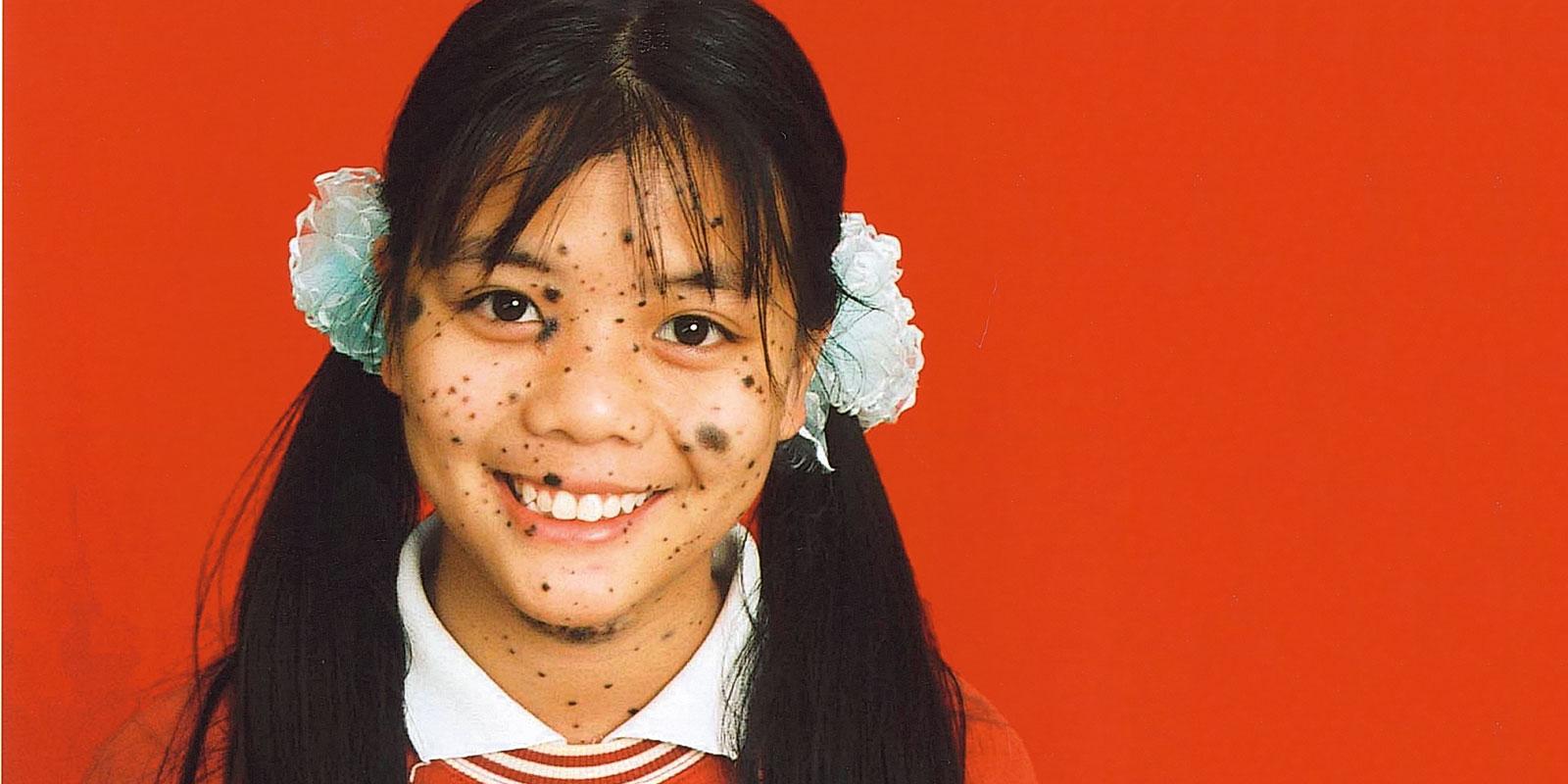 Thai Thi Nga, represented children with functional disabilities; children that have been affected by poisonous substances used in war and bullied children.

This was Nga’s story when she was on the jury:

Thai Thi Nga, Vietnam, had always felt like an outsider.    “The other children looked at me like I was a kind of monster.” Everyone at school was scared and kept away from me. I was so ashamed I never left the house.

If my only friend, Huong, hadn’t encouraged me to carry on, I would have never returned to school. When the teacher told us that we were going to have a class party I saved up some money for it and contributed more than anyone else in the class. I dreamed about having fun with the others and hoped that they would understand my situation. But when the party started, the others took all the cakes and fruit and ran away from me. It was the worst moment of my life.”

Nga lives in the country. Her father was a victim of Agent Orange, a toxic herbicide that the USA sprayed over Vietnam during a long war. But even though Nga wasn’t born during the war, she was still affected by it. What Agent Orange did to her father’s body was passed down to her and her sister. Nga has chromosome disorders and brown spots all over her face and body.