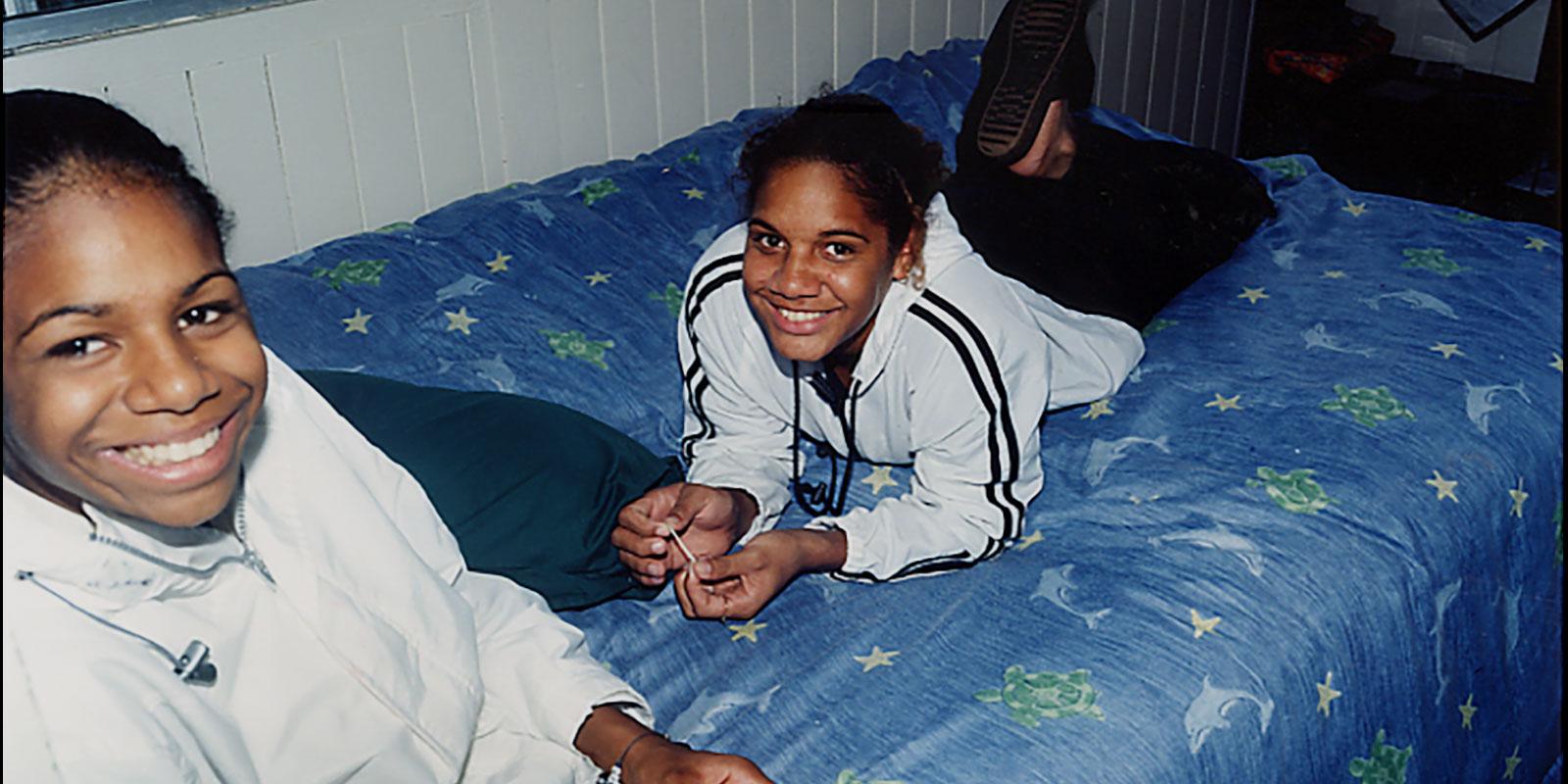 On the WCP Jury, sisters Teleia (Tilly) and Josephine (JoJo) Saylor, Australia, represented indigenous children who were discriminated against and neglected.

Tilly and JoJo are aborigines and Torres Strait Islanders. The sisters´ family broke up when their mother died. At the time, they were 4 and 6 years old and had to live in care.

After having lived apart for long periods of time, Tilly and JoJo were able to live together again in their teens, but their four brothers and sisters all lived elsewhere. Tilly and Jojo had been subjected to both racism and abuse.
"I have had to fight very hard my whole life and I know how it feels to be denied those rights which children deserve.”

To belong to the jury for The World´s Children´s Prize was the best thing which has happened in my life, says JoJo.
”I think the most important rights for children are to feel safe and to be treated with love at home”, said Tilly.