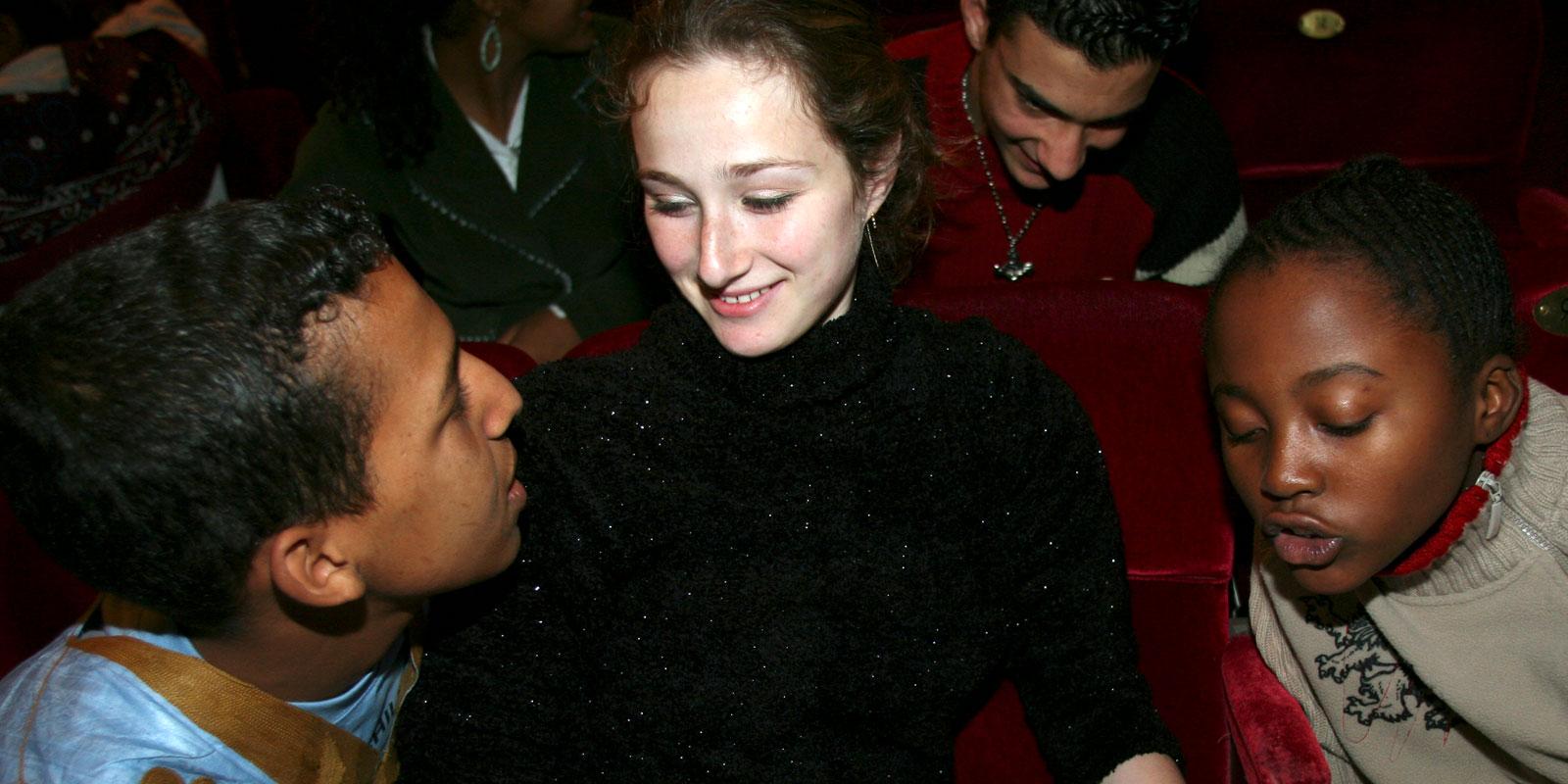 Veronica represented children in conflict areas and who are taking part in the dialogue for peace.

“The conflict in my country violates children’s rights. All the children who live here – Palestinians and Israelis alike – are affected and live in constant fear of either being killed or losing someone we love. I no longer take the bus to school, for example, because I’m afraid that a Palestinian suicide bomber will get on the bus. Last year, two girls from my school were killed by a bus bomb.
Because of the conflict many Palestinian children can’t go to school. This isn’t fair to the children! We’re not the ones who have caused these problems – it’s the grown-ups who can never seem to agree. Both Israeli and Palestinian children are tired of this conflict. We want peace!
I’m a member of a peace organisation for both Israelis and Palestinians called ‘Seeds of Peace’. We visit schools and tell the children that we are in fact quite similar, and that you can actually be friends with those who are on the “other side” of the conflict, and that we can live together in peace.”