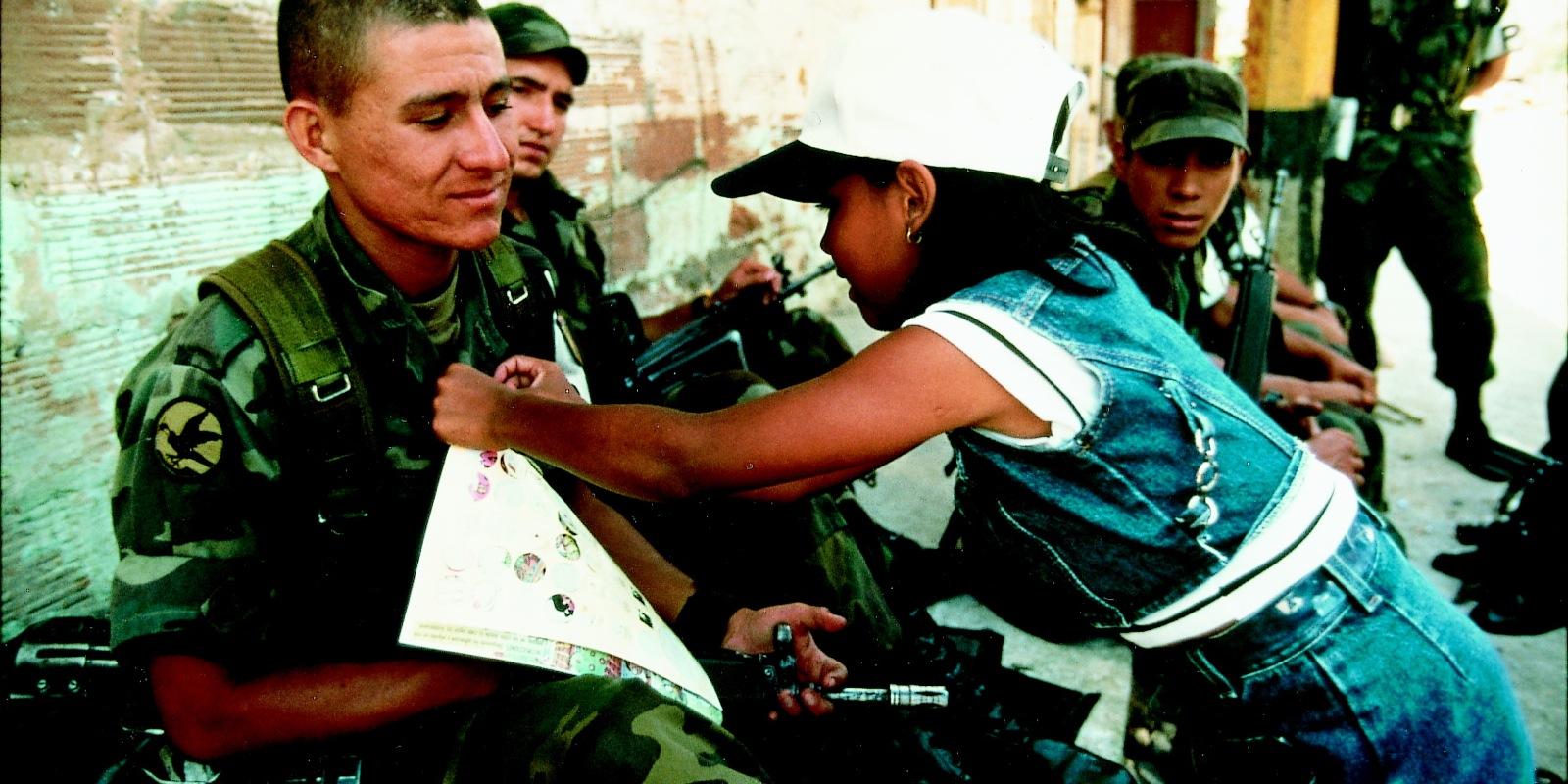 The Children's Peace Movement received The World's Children's Honorary Award 2001 because it has, in an environment filled with violence, grown into a force for peace in Colombia.

It is the power of the children themselves which has been put to use. Children have tought other children about the rights of the child and that they have the right to demand respect for their rights. They have also helped each other to forget the violence and the terrible things they've experienced, by involving them in moments of play and companionship.

Through the Children's Peace Movement, Colombia's children demanded peace and an end to the violence in their country. The photo of the girl pinning a peace symbol on a soldier, above, was taken in the year 2000. It would take another 15 years, but in September 2016, after five decades of war, Colombia finally signed a peace agreement with the rebels.

How did it start?
In 1996, 27 children gathered together from different organizations throughout Colombia and the Children's Peace Movement was born, with support from Unicef. Other organizations als took part, among them the Catholic Church, the Red Cross and The Boy Scouts. In just a few years, the movement grew quickly. When the the movement was honoured by the WCP in 2001, more than 100,000 children, belonging to more than 400 children's and youth organizations, were involved. They demanded peace and an end to violence.

Mayerly dreamt of peace In 2001 we met then 16 year old Mayerly, who advocated for peace in her country. She said: They can kill some of us, but they cannot kill us all.
> Read Mayerly’s story here 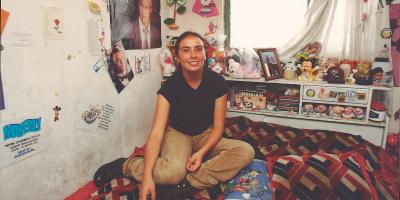 When Mayerly Sanchez was 12 her best friend was killed.