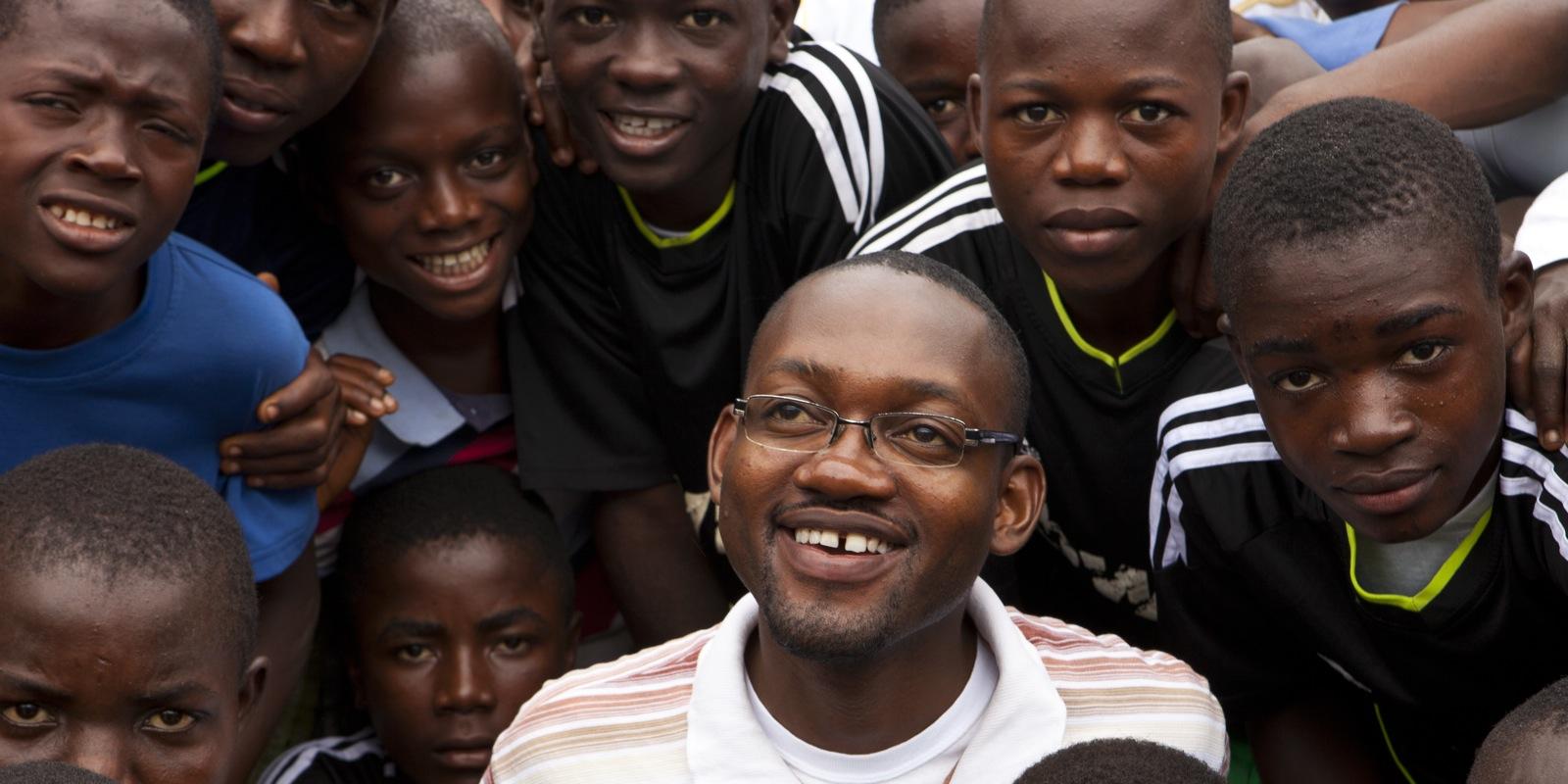 While fleeing in wartime Liberia, Kimmie almost died of cholera. There and then he pledged to spend his whole life helping disadvantaged children.

Kimmie and his friends founded ‘Voice of the Future’ and learned about the rights of the child. When Kimmie was 16 they organised a campaign to disarm the child soldiers in the civil war. This contributed to the liberation of 20,000 child soldiers. One year later, Kimmie had to flee. He had revealed that the newly elected President of Liberia, Charles Taylor, was recruiting child soldiers to the Liberian army. The President tried to have Kimmie killed.

As a refugee in the USA, Kimmie continued his work for children affected by war, not only in Liberia but also in other countries, primarily Sierra Leone and Uganda. Kimmie and other young people now run an organisation called Youth Action International. YAI helps vulnerable children, providing a home for orphans, rehabilitation of child soldiers, education, health care and more. YAI also lobbies governments and parliaments to promote respect for the rights of the child. Kimmie Weeks was commended with the 2013 World’s Children’s Prize Honorary Award because he worked since he was ten years old for the rights of the child, especially for children affected by war.

Learn more about Kimmie in The Globe:

The facts and figures on this page were accurate at the time of writing, in 2013

Francis was forced to be a child soldier

The land of the freed slaves

It was Charles Taylor who started the war in Liberia in 1989.

Prince won’t give up!