Paulo quit school at the age of 13 and started hunting full-time.

It felt pointless carrying on at school, because there aren’t any jobs where Paulo lives. "But I’ve had enough now", he says . "Lots of poachers and rangers are getting killed. Poaching has to stop”. Paulo, 16, lives in a village near Limpopo National Park in Mozambique. “People have always hunted here to survive. It’s a way of life, we are hunters. I think that’s why many continue to hunt even though it’s a crime. That’s how it is for me. Both my dad and my grandfather are hunters. I’m just doing what they do.

100,000 children – a whole generation– in and around a national park in Zimbabwe and Mozambique, who are being educated through the Peace & Changemaker Generation project, as changemakers who can take a stand against wildlife crime, and for girl’s rights in their communities. The project is a partnership between the World’s Children’s Prize Foundation and Peace Parks Foundation.

Many of the boys in Luis village don’t go to school. 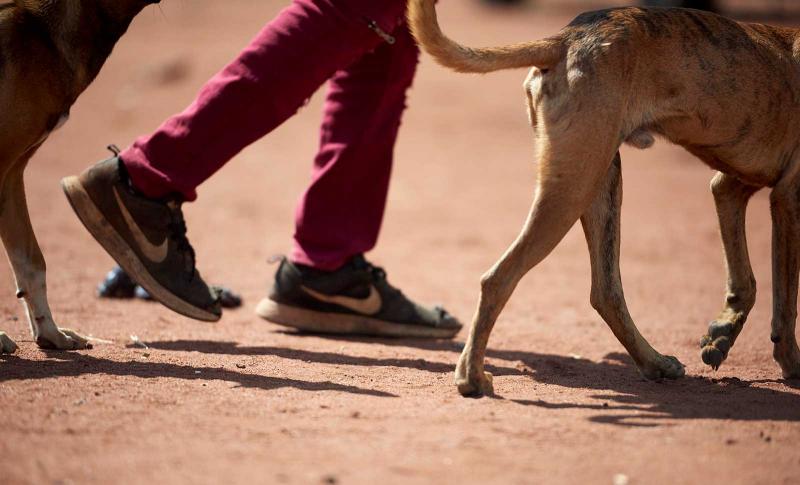 Video: Paulo the poacher has had enough

Paulo quit school at the age of 13 and started hunting full-time.

Video: Cycling towards my dream in Zimbabwe

Video: My father was a poacher

Meet Blessing, 15, who has been forced to leave school and is afraid of being forced to marry after her father had to give up poaching in the nearby national park.

Watch videos and be inspired by young changemakers from around the world.
WORLD'S CHILDRENS PRIZE FOUNDATION