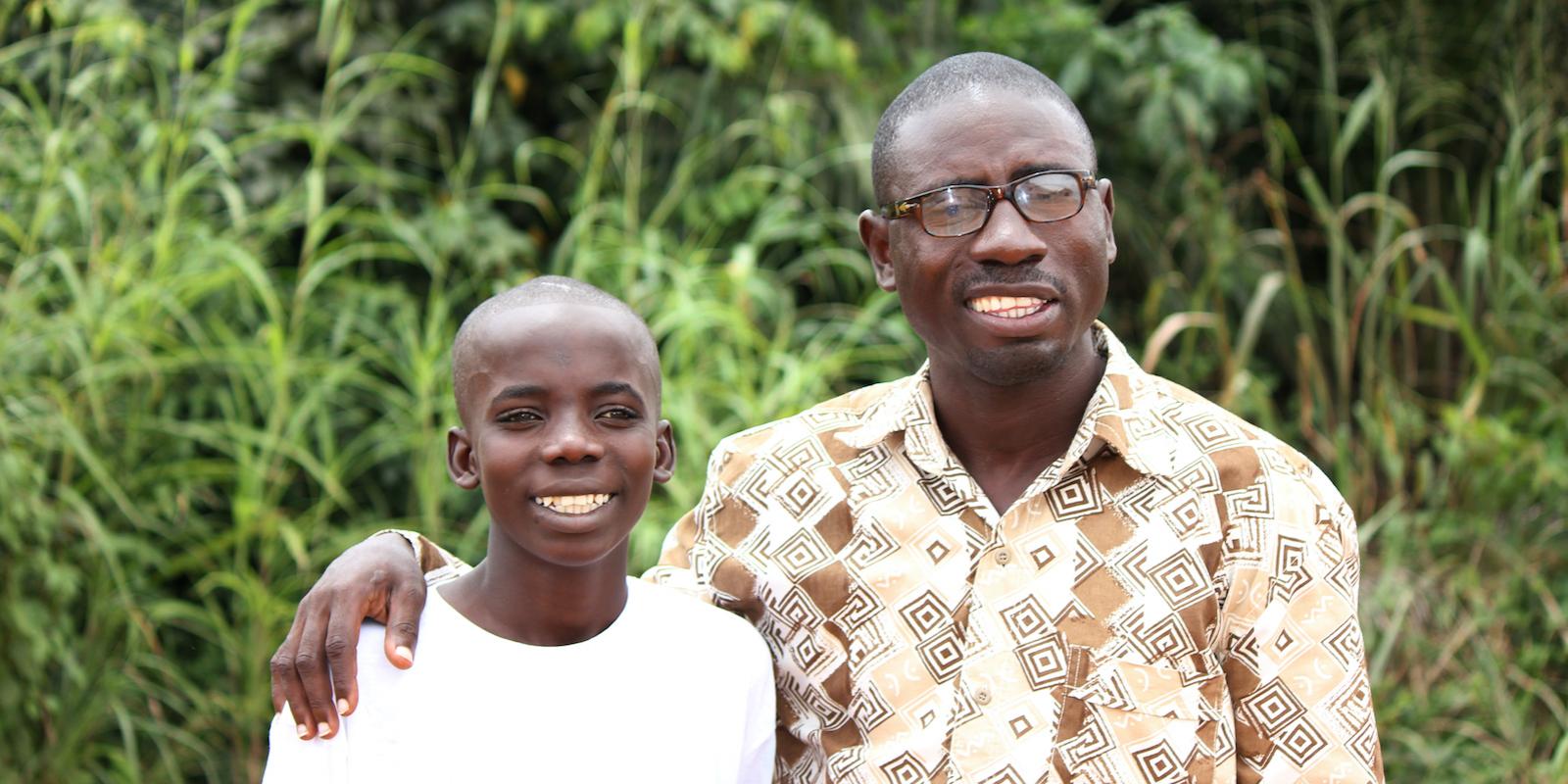 As dawn breaks, James is leaving his home along with four other boys from his village. They have been collected by some finely dressed men. James is six years old and he doesn’t know where he’s going or how long he’ll be gone. If he knew that now, he would probably try to escape straight away.

A few months earlier, three men had arrived in the village. They had a couple of boys with them, and everyone in the village had stopped and stared at them. They were dressed like kings, even the boys. With clothes made from shiny fabrics with matching colours, and elegant new shoes on their feet. The men smiled and were friendly to everyone they met. They had walked round the village talking to the adults.
Rumours began to spread among the children. If they were lucky enough to be allowed to go with the men next time they came, they too would get beautiful clothes. And they’d be able to go to school and eat their fill.

The boys disappear
After the finely-dressed men’s visit, boys started to disappear from the village. One by one.
“It might be your turn next,” said James’s friends to him. They had seen the men sitting talking to James’s father.    And now he’s on his way. Nobody has told him what’s going to happen, not even his mother, so he’s a bit nervous.
The bus is full of children, mostly boys. James is hit by a wave of terror. Tears well up, but he swallows them.

Village of Yeji
Now they are in the village of Yeji, at the north end of  Lake Volta. From now on, he has to be ready for a beating at any time, and for any reason. Sometimes hard blows with the paddle, sometimes smacks and kicks. The fisherman throws him in the water, withholds his food, and insults him constantly. Says that he’s no good at anything, or that he doesn’t deserve any food. It might be because the net is tangled, because he hasn’t caught enough fish, or just because he’s said the wrong thing.
The working days are long, and they always begin in the middle of the night. He only gets a few hours’ sleep at night.

Boys drown
Diving terrifies James every time. It’s often deep, and you have to hold your breath and try to feel with your hands to find where the net is stuck and work it loose when all you can see is yellowy-brown sludge. It’s easy to panic, and sometimes boys drown.
So many of the boys here have just given up. They just sit there, silent and apathetic, and don’t want anything anymore. James doesn’t want to end up like that. He will manage to escape. And he will get home! 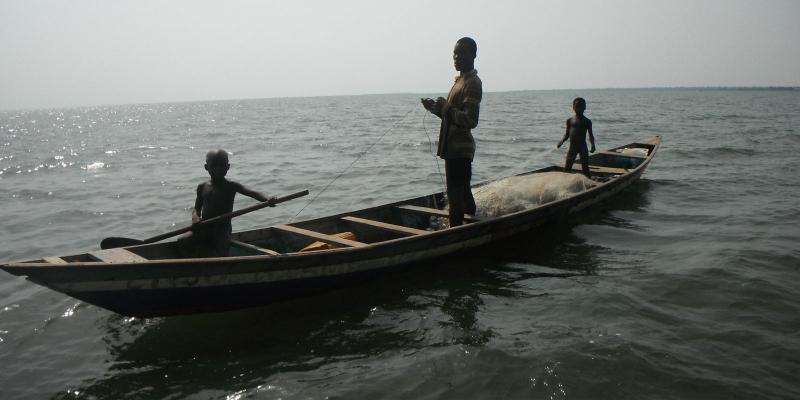 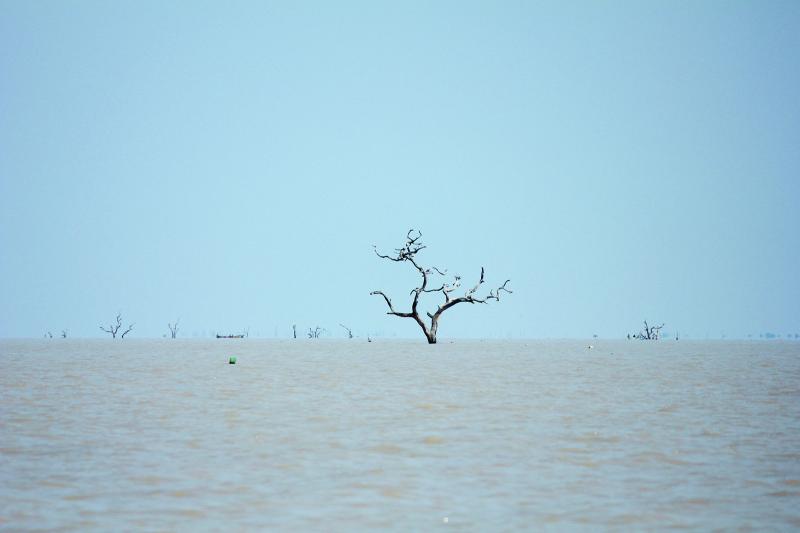 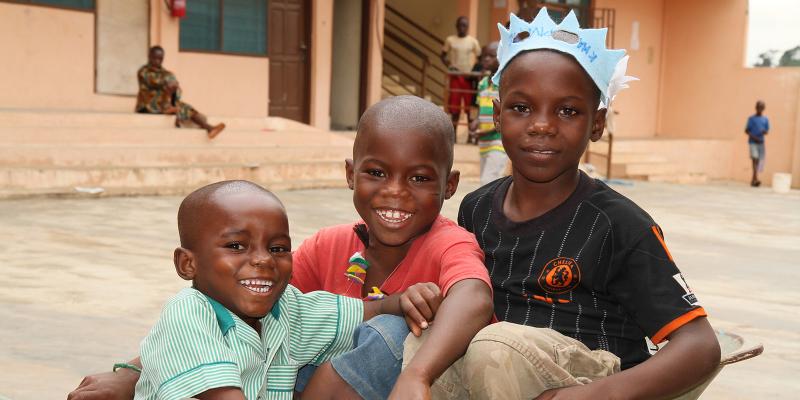 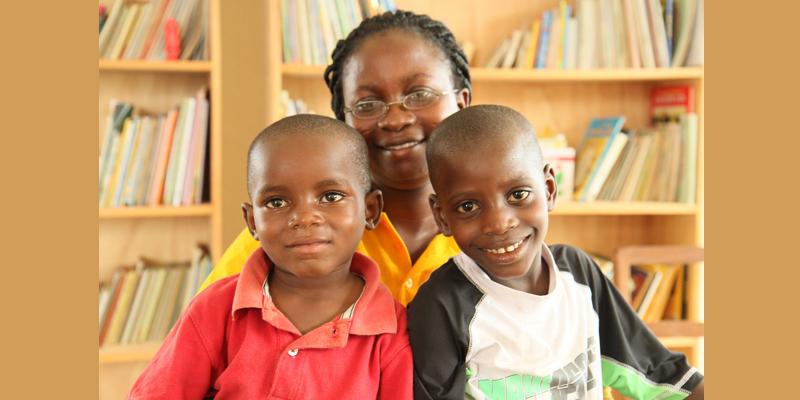