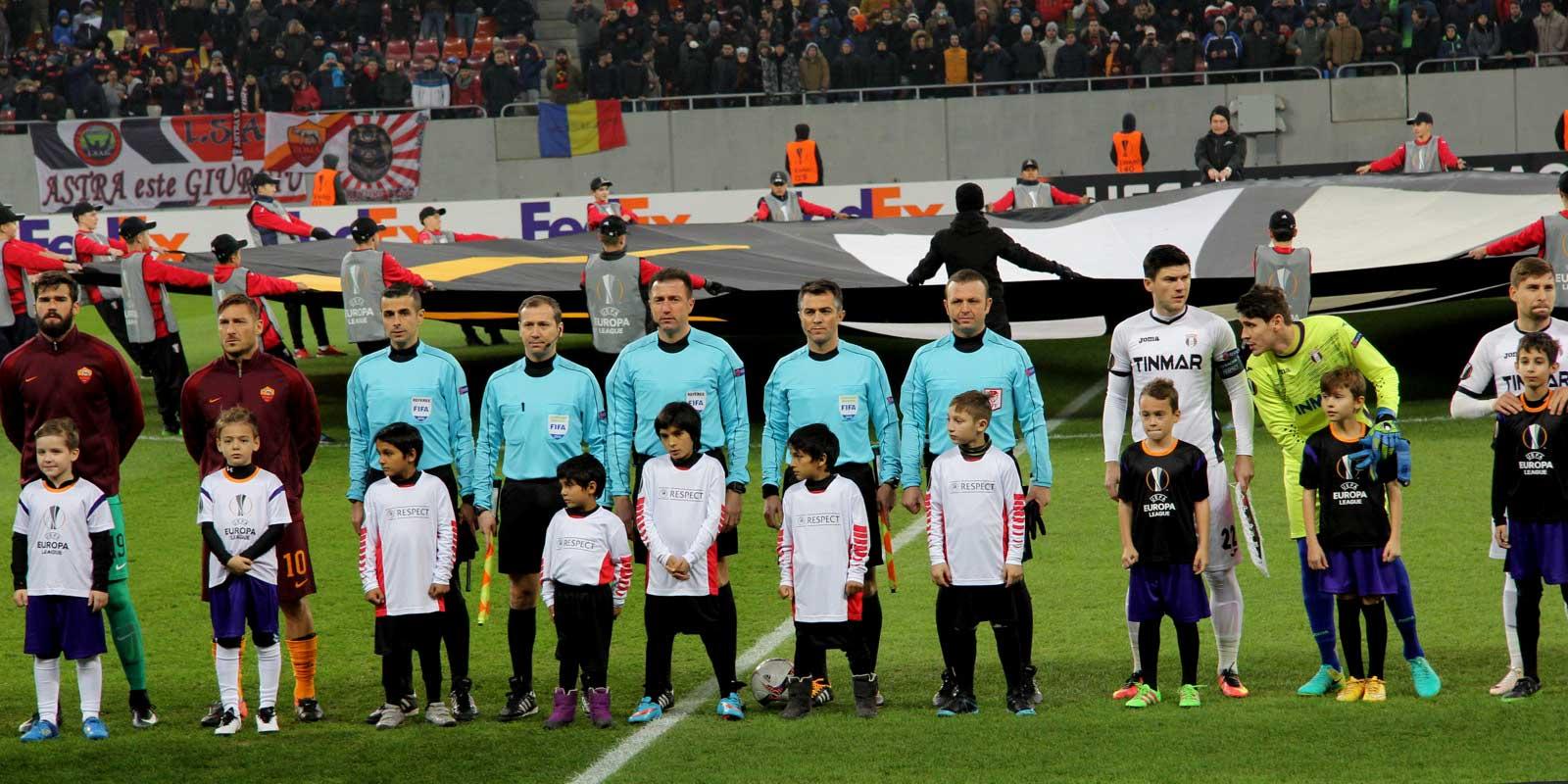 When Valeriu launched a campaign against racism in football, hate crime cases dropped from 80 a week to zero!

It’s time for a match at Romania’s biggest football stadium and 30,000 spectators are sitting in the stands. Several million watch the match on TV. As usual, one team’s supporters sing chants during the match, like ‘We’ve always hated gyppos’, and they wave banners that say: ‘Death to gyppos’. Tens of thousands in the crowd sing along. Valeriu wonders if they ever think about how it really feels for Roma children who love football. He decides to do something to tackle racism in the world of football.

Football against racism
It’s been many years now since Valeriu started the campaign Racism Breaks the Game. He got both the Romanian and European football associations on board. All major football matches started with a short film against racism and antiziganism (discrimination against Roma). Sometimes children from Ferentari and other ghettos got to go out on the pitch with the players.
“I was nervous, but it was fun,” recalls Bobo, 13, who got to shake hands with famous players and wave to tens of thousands of spectators at one match.
Activities were also organised at sports clubs and at children’s and young people’s matches to tackle racism and antiziganism. Hate crimes in football have plummeted from 80 a week, to zero. Successful football players from the Roma community no longer keep their background secret like they used to, to avoid being attacked and subjected to hate crimes. 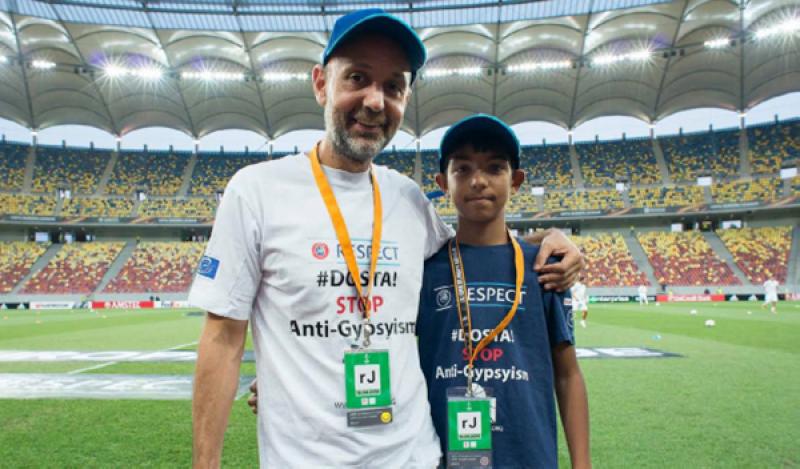 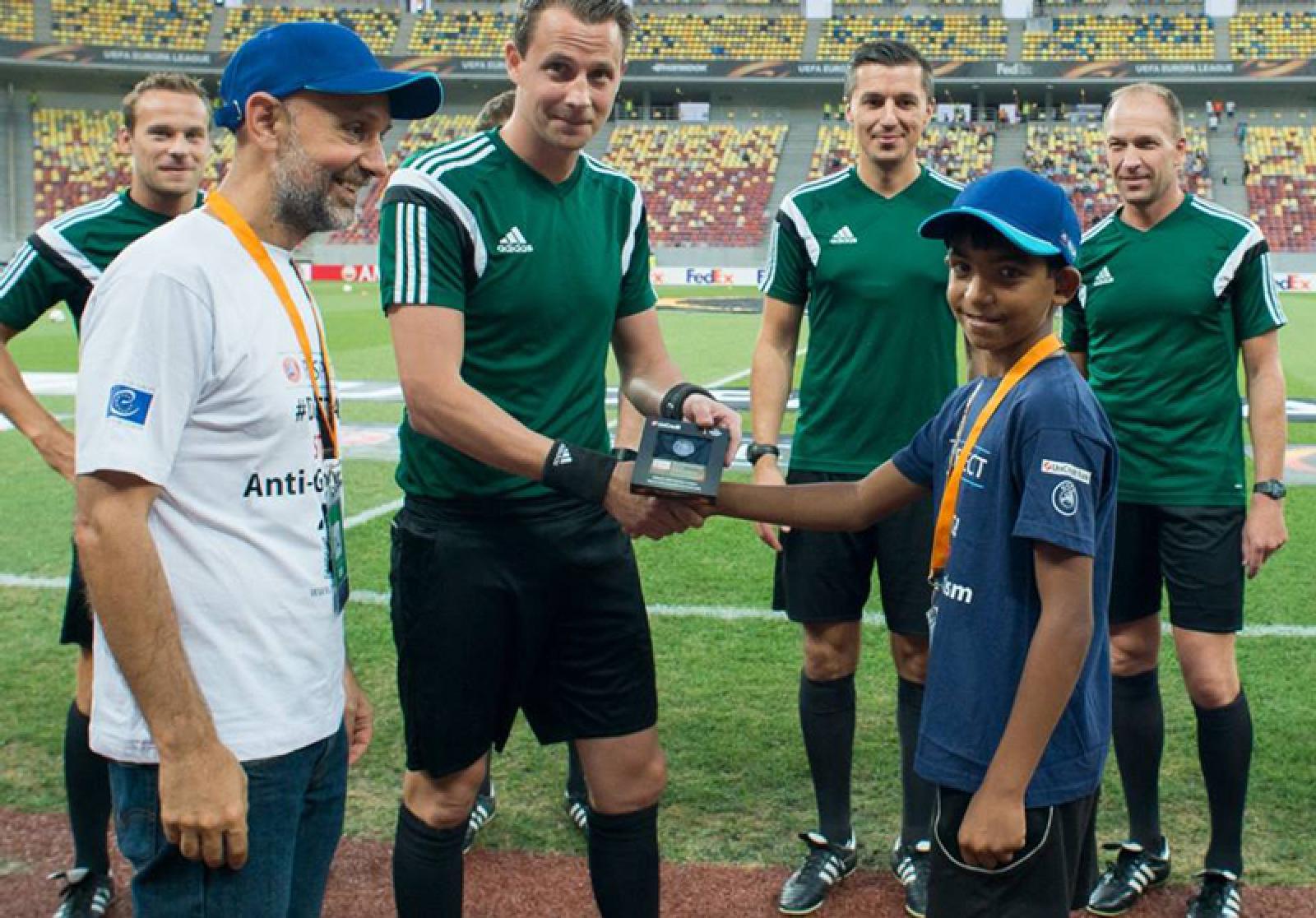 The children from Ferentari helped out with the campaign against racism. Bobo, 13, got to meet his football heroes.

Football against violence
Now Valeriu and his friends are continuing with the campaign.
“We want to fight against racism and antiziganism, but also domestic violence, which affects women and children. Many of the men who beat their families are at the football stadiums, on the pitch and in the stands.”

At football matches in Romania the spectators used to shout racist chants about Roma, until Valeriu launched his Racism Breaks the Game campaign. On one old banner, football supporters paid tribute to a mass murderer who killed many Roma.