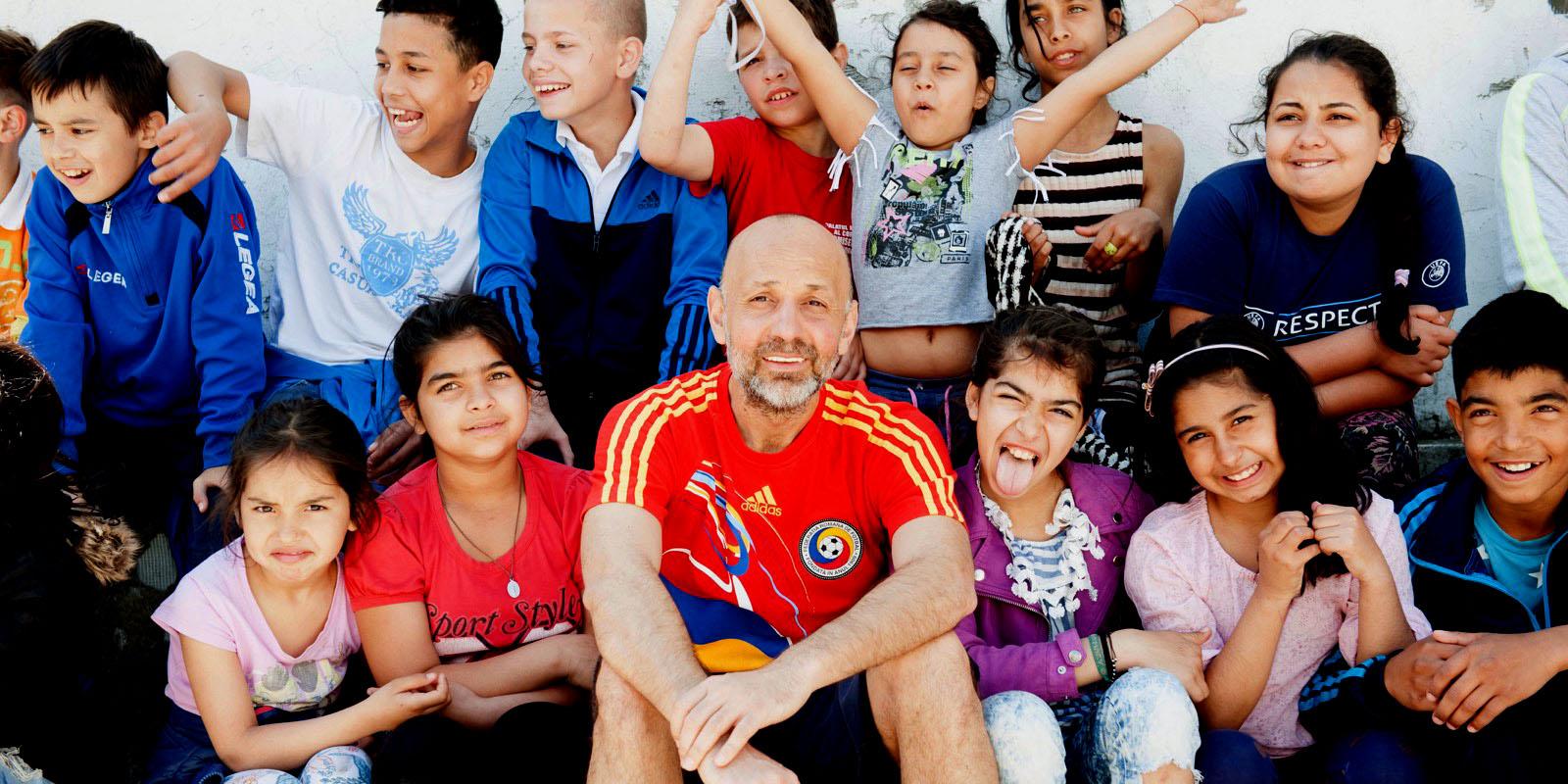 Valeriu grew up in poverty and was discriminated against because he was Roma. The Roma people are an ethnic group that has lived in Europe for almost a thousand years, but they have always been the continent’s poorest and most discriminated minority.

Valeriu Nicolae was commended by the World’s Children’s Prize in 2018 with the World’s Children’s Honorary Award, because of his tireless struggle for the very poorest and most vulnerable children in Romania and throughout Europe. The Roma people are an ethnic group that has lived in Europe for almost a thousand years, but they have always been the continent’s poorest and most discriminated minority.

Valeriu has been fighting for over 20 years to tackle discrimination and racism, and to protect the rights of all children living in poverty. In 2010, he began working to help children and their families in Europe’s poorest and most dangerous district for children – the Ferentari ghetto in Bucharest, which has been forgotten by the rest of the world.

When Valeriu started a club for children in the ghetto, hardly any children were attending school there. Children and young people were dying every month of malnutrition, abuse, drug overdoses and suicide. The Alternative Education Club became the focus of efforts that helped change the lives of some of Europe’s poorest children.

Today, hundreds of children get help every year through Valeriu, his friends and network to cope with school, learn about their rights and get support to develop and live a good life. The poorest children are given shoes, clothes and sometimes food. Children who take drugs and/or are exploited and forced to sell drugs and/or sex are given support to leave that life behind and have the childhood to which they are entitled. Valeriu also fights for better laws and systems that protect children from violence, discrimination and hate crimes, and strengthens their rights and opportunities.

Learn more about Valeriu in the Globe Magazine: