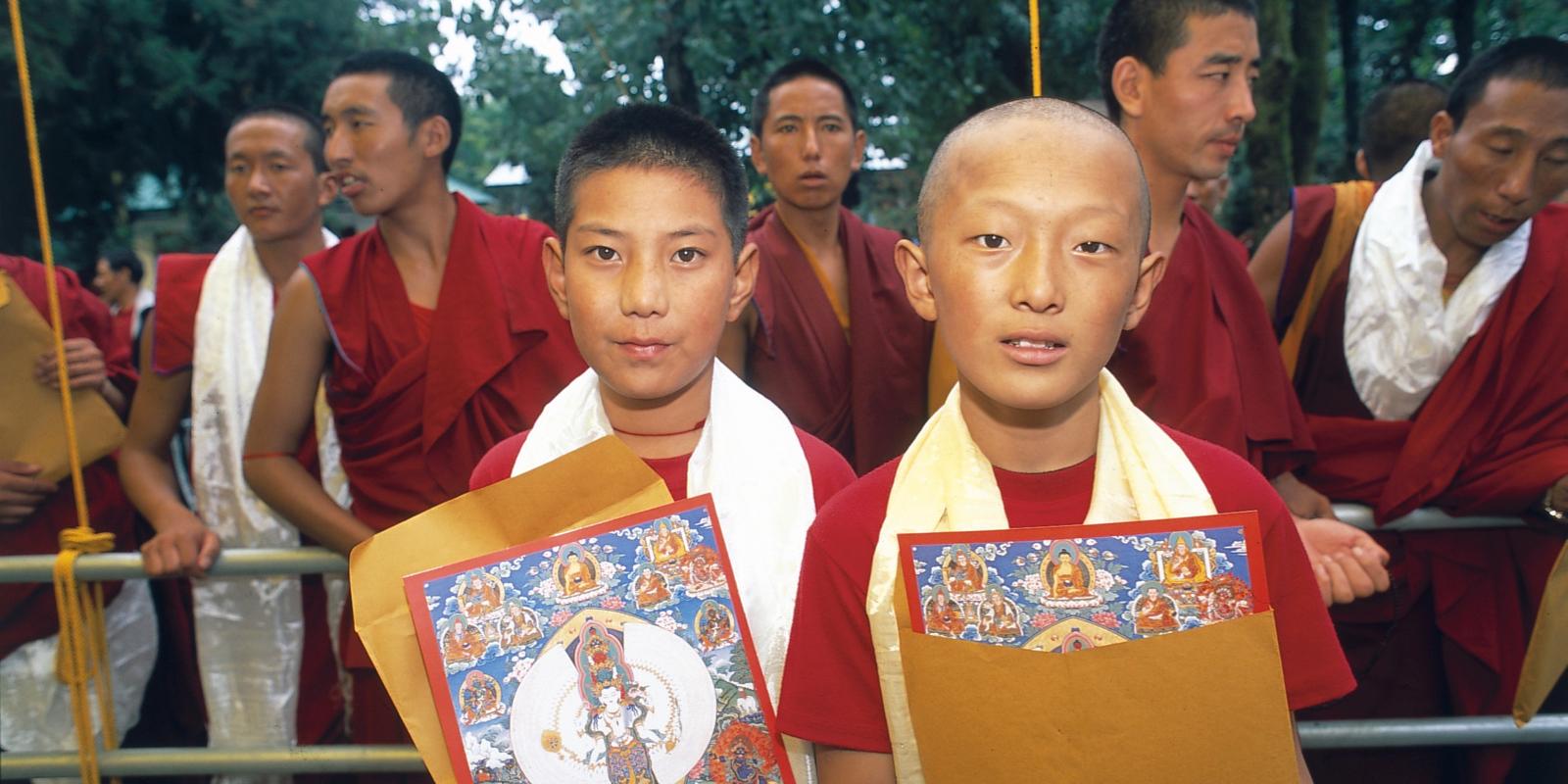 Sonam fled from Tibet in secret, in the middle of the night. He walked across the Himalaya mountains for a whole month with two older boys, scared and really hungry, because there was almost nothing to eat.

Sonam and Lopsang, both 12, arrived in Dharamsala just as the sun rose over the mountain tops. “For eight days, we had trudged on through deep snow”, says Sonam. “I only had thin canvas shoes and I got frostbite on my feet and legs. It was so terribly painful. When we finally arrived at the refugee reception centre in Kathmandu in Nepal, I had to stay longer than the others, until my wounds had healed completely. During our journey I had to throw away almost everything I had packed. It was too heavy to carry. The only thing I have left as a memento from home is a pair of black and white photos of my grandparents. I love them and look up to them very much. They told me all about Tibet’s history."
In Dharamsala, in Northern India, they are to meet the Tibetan spiritual leader Dalai Lama, and get his blessing. This is called having an ‘audience’. After that, the refugees begin school, go to a monastery or look for work. This is what happened when the boys came to India: 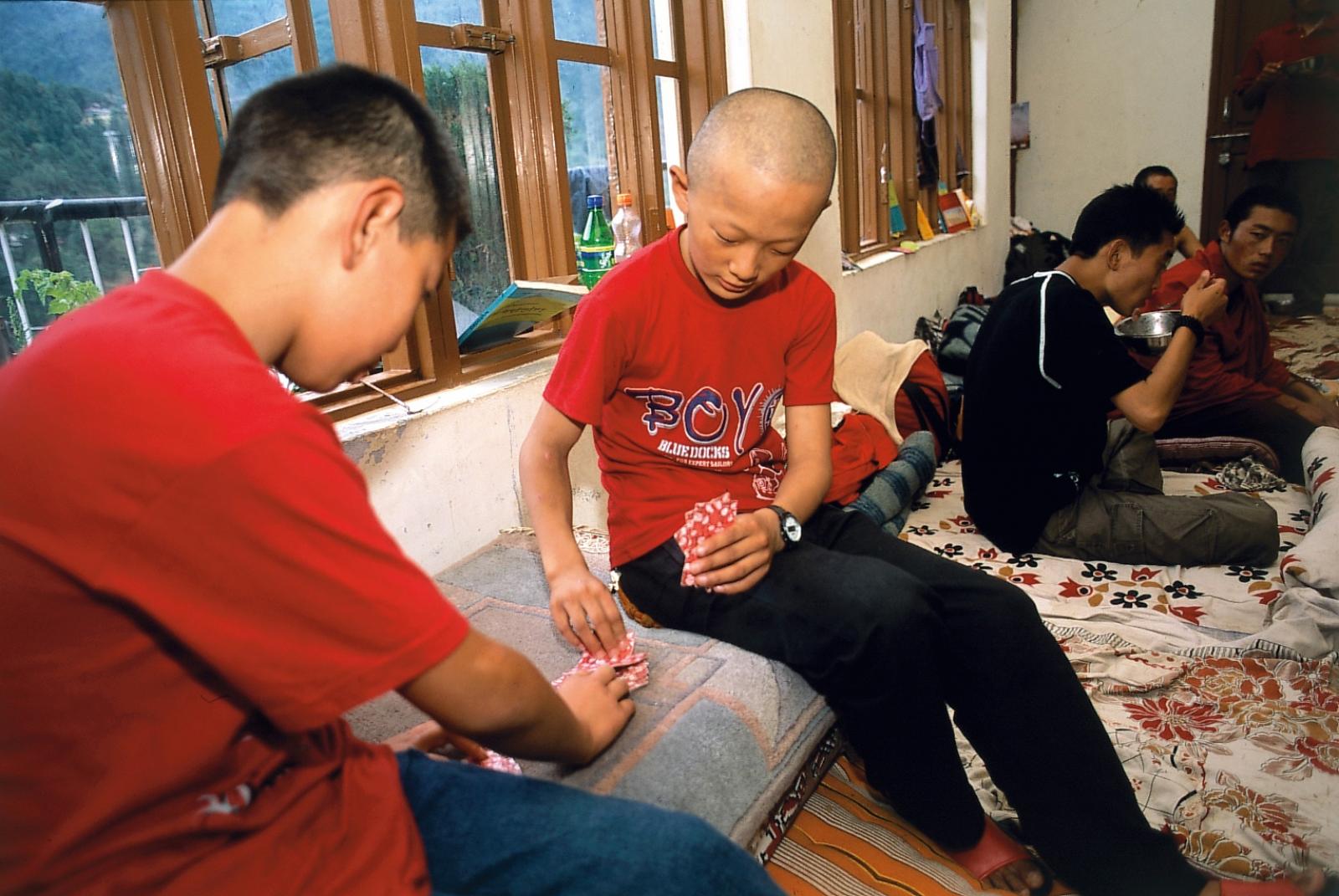 Sonam and his friend play cards at the refugee shelter

The refugee shelter in Dharamsala is totally full. There are just two dormitories and many people already share a bed or sleep on the floor. Lopsang, Sonam and the other new arrivals are welcomed and receive food coupons, soap, a toothbrush and toothpaste.
Sonam and Lopsang are happy when they hear they are being sent to the same place. They are going to a Tibetan children’s village in South India, founded by World’s Children’s Prize Child Rights Hero Jetsun Pema. The Tibetans have been given land there by the Indian government and it’s where most Tibetan refugees in India live. 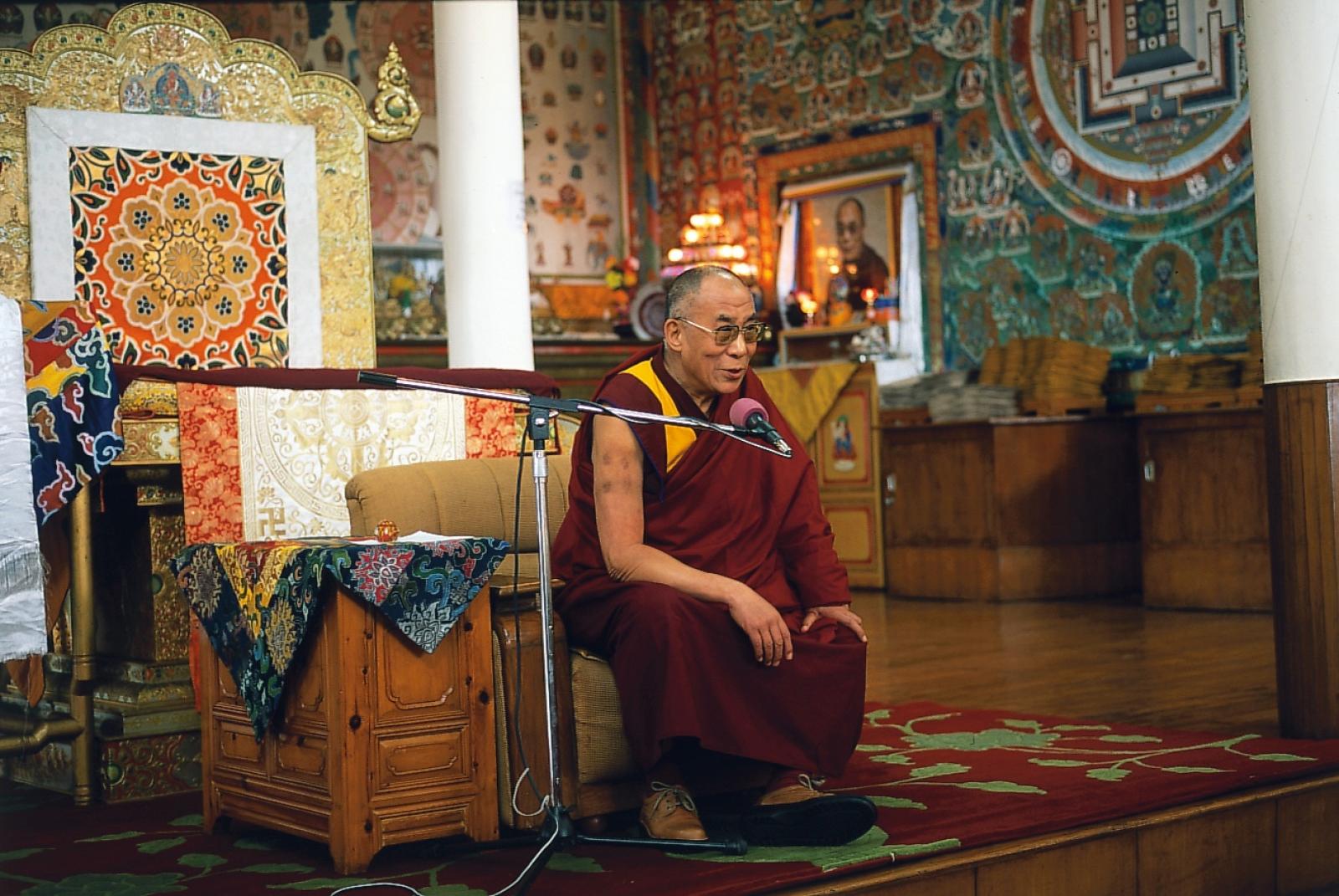 Finally the invitation to the audience arrives. Everybody gets up early to have time to put on their finest clothes before going to the temple.
Sonam and Lopsang end up in the middle of the crowd. They are incredibly excited and full of anticipation. When the Dalai Lama comes in they kneel, put their hands together, and bow forward, their foreheads touching the floor. This makes it pretty tricky to get a glimpse of the Dalai Lama! He jokes and laughs with them, but is also serious.
“We will return to Tibet one day', he says. “But as long as we are refugees in India we must keep the Tibetan culture alive. And you children must study hard and look after your health.'

After the talk, everybody is invited to greet the Dalai Lama and they all receive an envelope with a picture of Tibet’s national deity, holy pills to hang as an amulet around their neck and much more. With their new belongings under their arms, Sonam and Lopsang run home to pack. Their new life begins tomorrow! 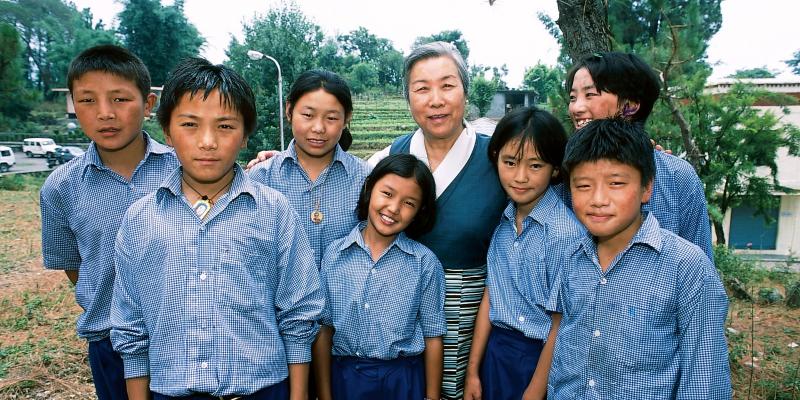 Jetsun Pema was honored by the World's Children's Prize in 2006 for her 40-year struggle for the Tibetan refugee children that risk their lives to escape from Chinese occupied Tibet to India.
WORLD'S CHILDRENS PRIZE FOUNDATION