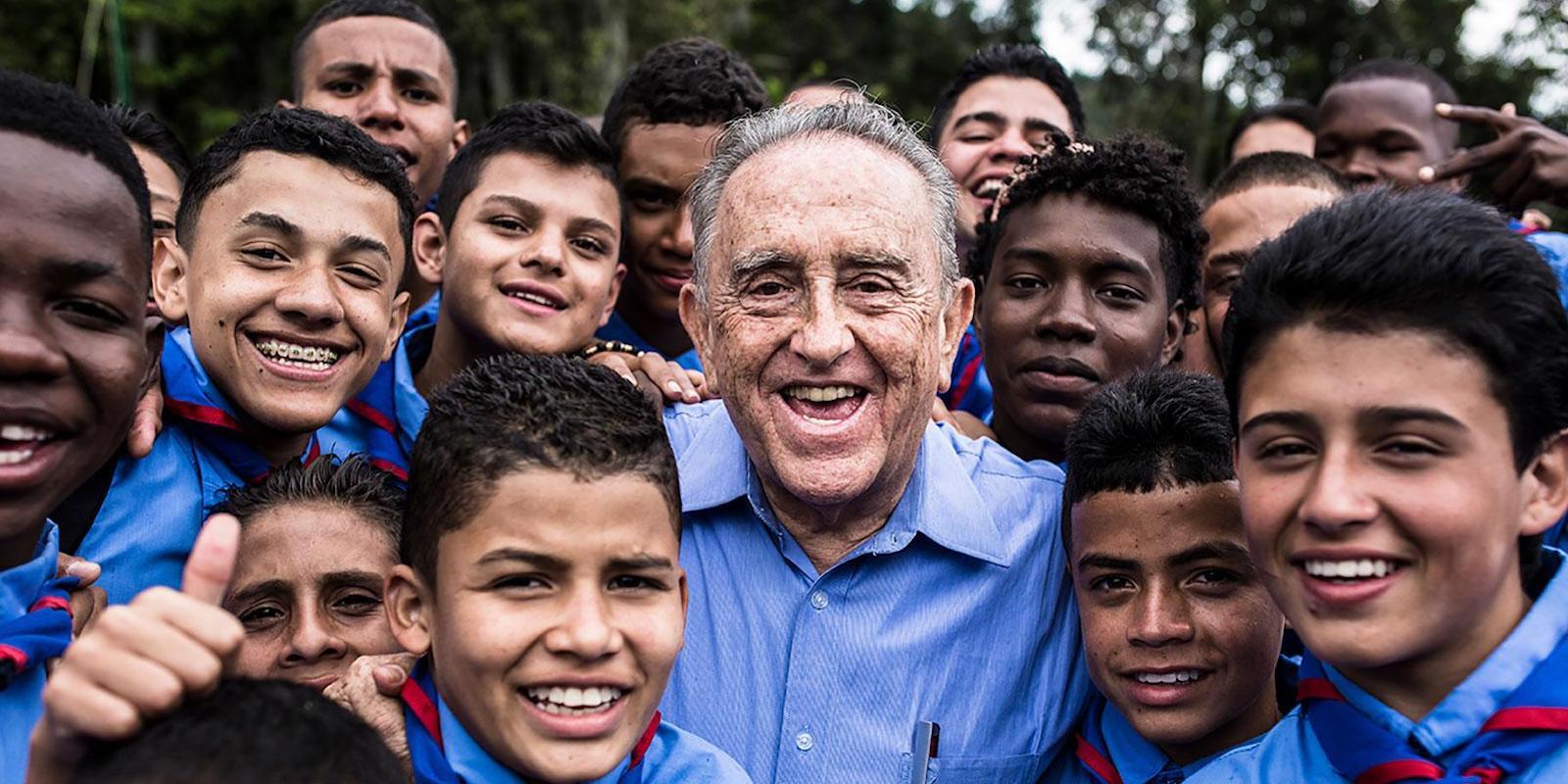 Father Gabriel has dedicated his life to helping the poor. He has faced several attempts on his life as a result of his work. During a war in Colombia that has lasted more than 60 years, almost six million people have been forced to flee their homes and over 200,000 have been killed. Children have been severely affected.

Father Gabriel fights for children that society has turned its back on. He says love is the most important medicine. Doctors, psychologists and social workers live together with the children. They listen to the children and take part in their daily activities. The children are offered education and therapy. They have yoga sessions and meditate every day. The therapy at Hogares Claret includes all children and young people joining the Scouts. They learn good values, to show empathy, be fair, not to judge others and to show respect and take responsibility.

Read more about Gabriel and his work in the Globe: