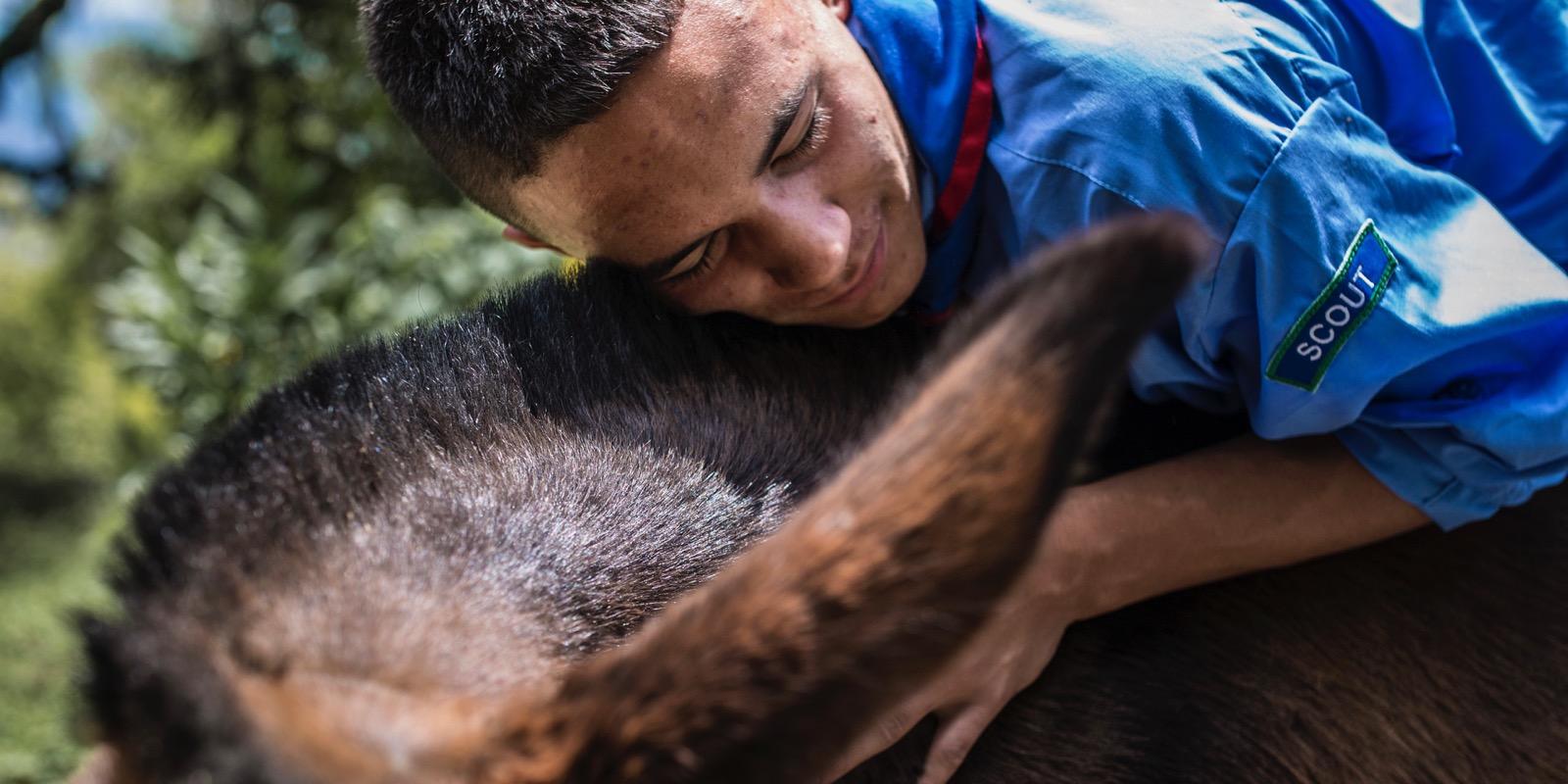 A few months ago, Eider, age 15, was living with a gun in his hand. He was part of a gang in Medellin that was threatening people and carrying out contract killings. He’s now standing defenceless in front of a horse and he’s scared.

As part of the therapy at Hogares Claret, children work with horses. Eider has ridden a horse once before, but now he has to give the horse a hug and get it to lie down.
“They kick pretty hard, I reckon. What do I do?” Eider asks the others.
A lad who has done it before shows him how. He gently lifts a hoof and the horse lies down. He lies down on the horse’s stomach and they lie there motionless.
Eider shakes his head and laughs a little. Then he tries to get close to the horse. The horse isn’t interested, tries to get away, snorts and pulls on the reins.

Hugging horses
After a while, Eider manages to get close up to the horse. He feels the warmth of the animal and strokes its soft, short coat. He hugs the horse without the animal reacting. It feels nice. They stand there for a while.
With the help of the other lad, Eider eventually gets the horse to lie down. He tries lying on the horse. But the animal soon wants to get up again.
“That was scary, but it gave me a bit of confidence. It felt like we made contact a bit. The horse wanted to help so I relaxed. And that made the horse relax,” says Eider. 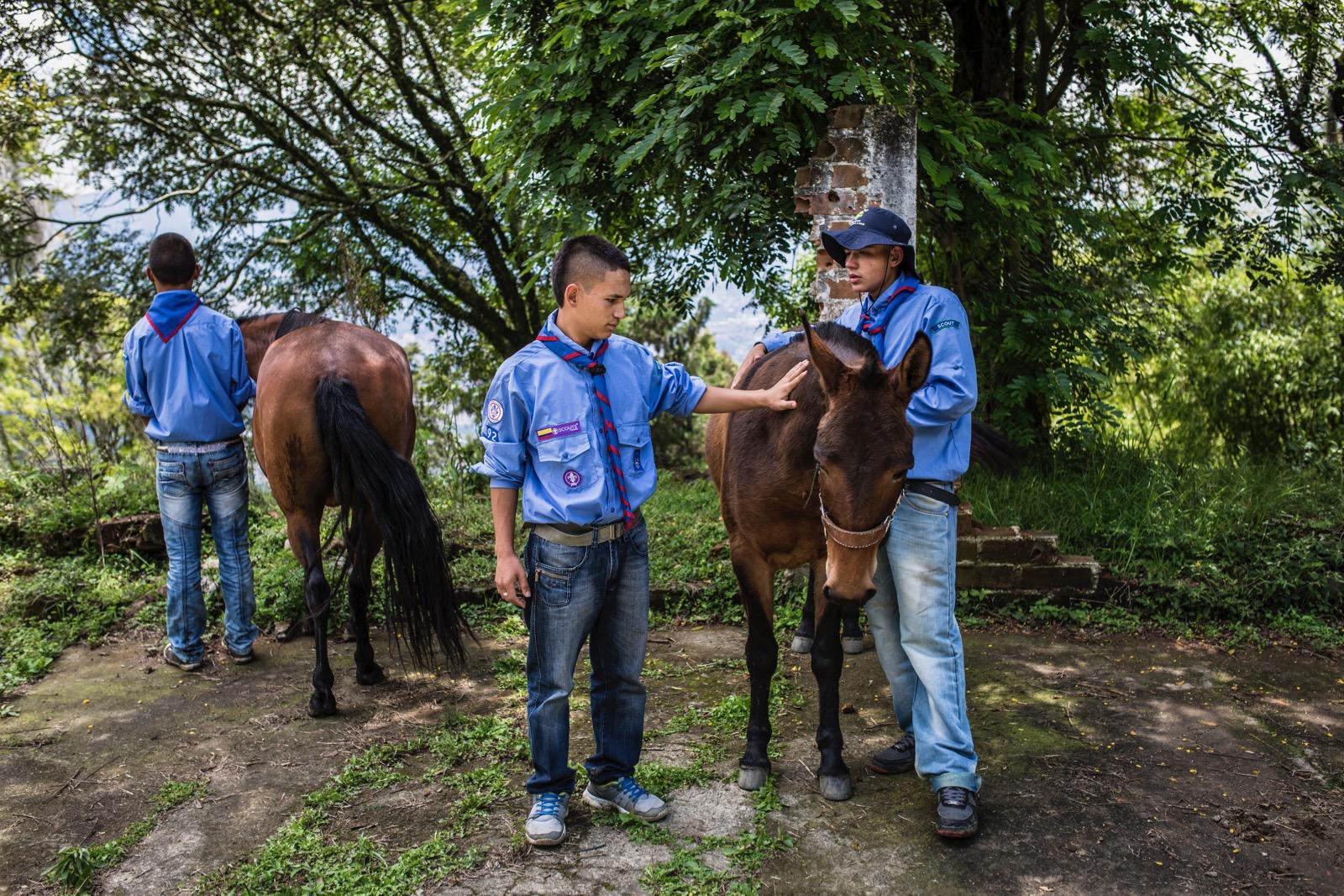 Hogares Claret youth centre La Libertad outside Medellin uses horse therapy as one of many ways to help young people heal and improve their self-esteem.

Like family
Hogares Claret uses horse therapy mainly as a way of helping young people who have had problems with their family. The horse is regarded as a family member. It doesn’t answer questions. It listens and helps. Getting close to the horses and working together with them helps the young people deal with relationship problems with their parents.
The idea of horse therapy came to Father Gabriel when he met up with a good friend who was working with horse therapy in Spain. Hogares Claret now rears horses at a number of locations in Colombia. As well as the therapy with the animals, the young people are also involved in rearing the horses, caring for them, feeding and cleaning them, as well as exercising them. 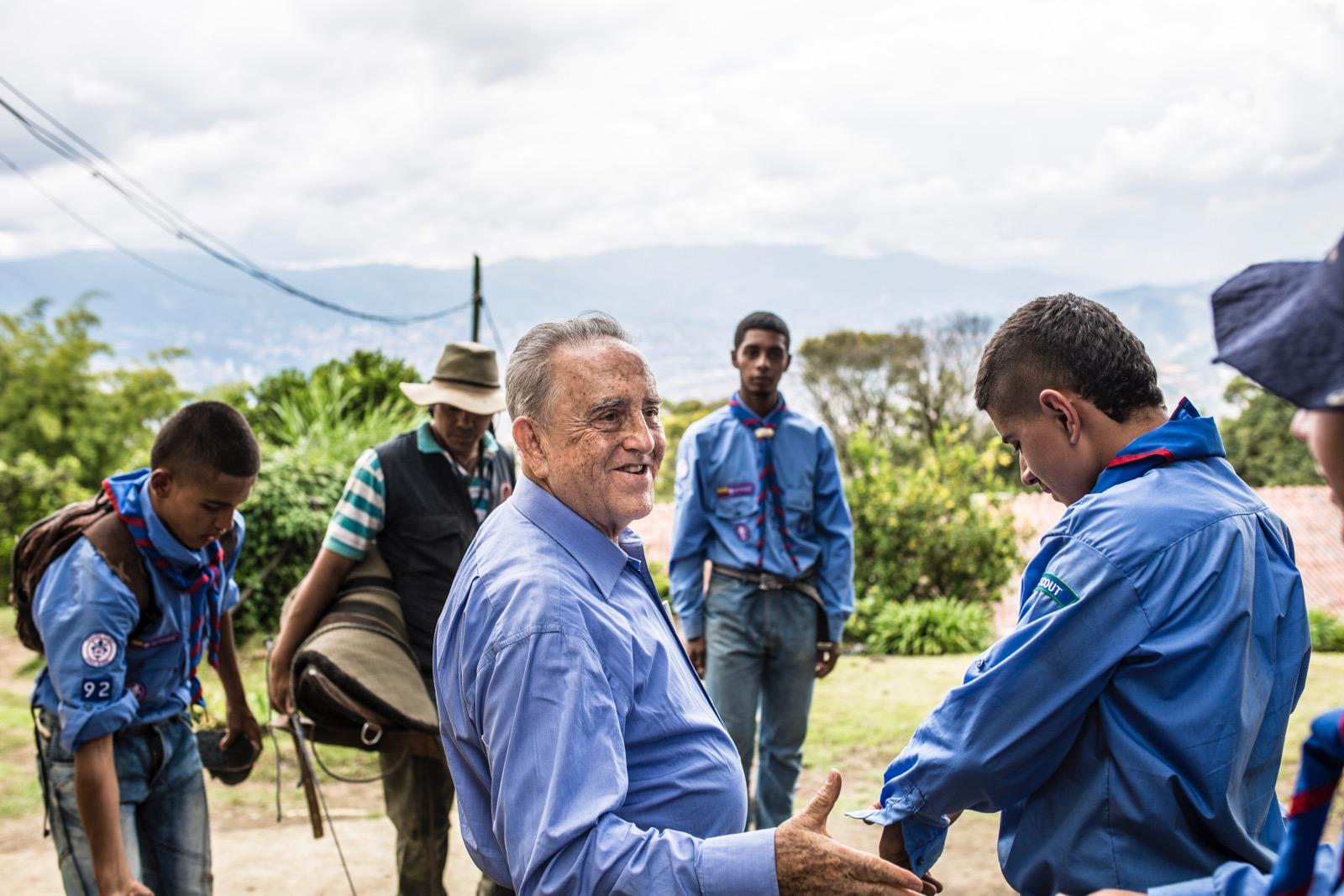