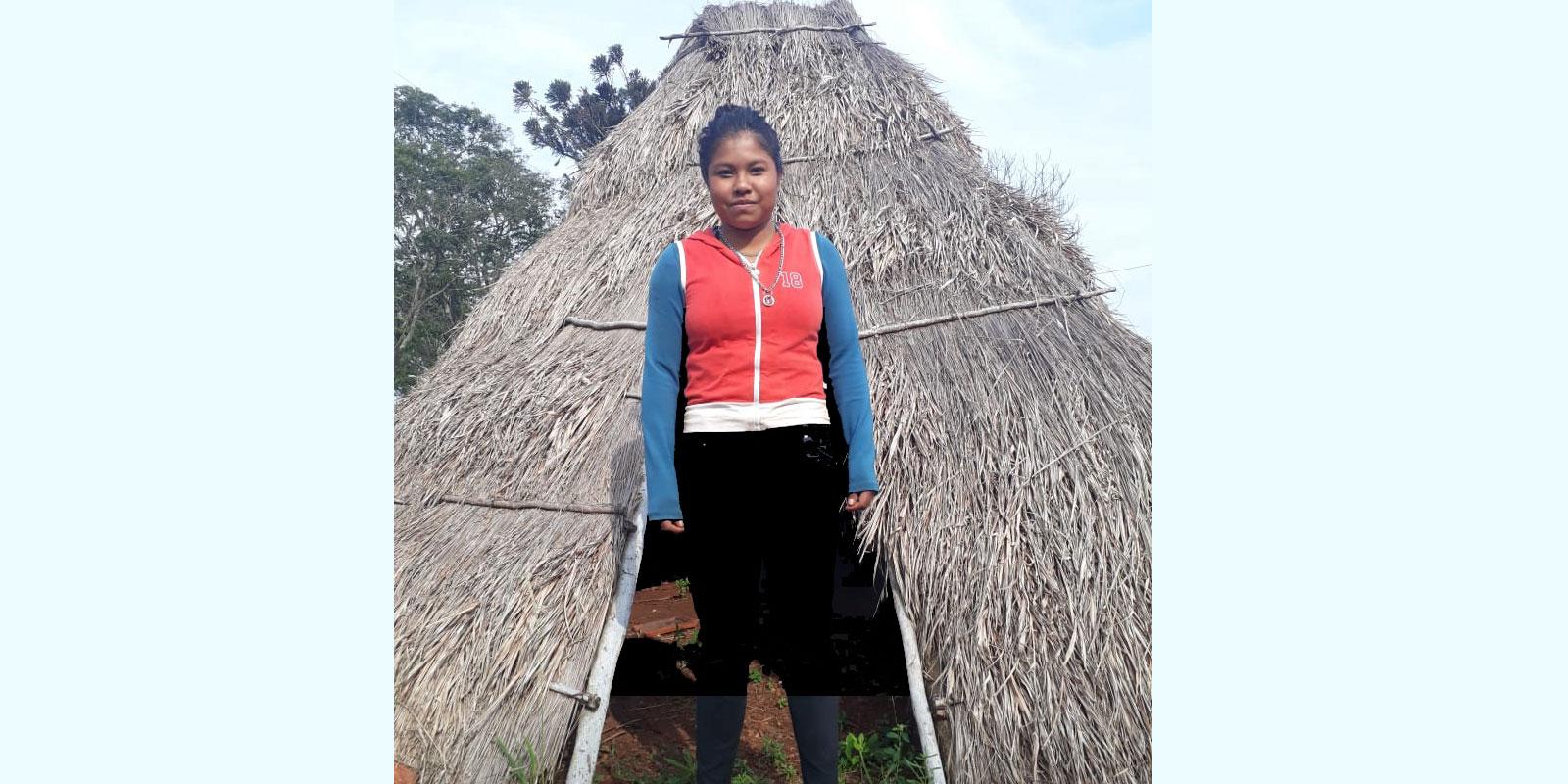 Jhonmalis lives in Amazonas in Brazil and belongs to the Guarani indigenous group. Her family has been fighting to get their land back for over 40 years, land that was stolen by forest companies and corrupt politicians. Jhonmalis’ own grandfather was killed because he stood up for the rights of his people. “He was very brave, and he’s a big role model for me. The worst day of my life was when someone started shooting into our house. I thought I was going to be killed.”

The Guarani people are now living in roadside camps, where they can neither fish nor hunt. The adults are depressed: they drink, take drugs and get into fights. Jhonmalis’ own dad started drinking and disappeared a long time ago after attacking her mother with a knife when he was drunk.

Jhonmalis and her little sister have to work in the cassava field every morning before school to help their mum with money. She wants to help other Guarani girls who feel hopeless and end up drinking and taking drugs.
“Hope never dies, it just sleeps. My dream is to put a stop to the violence against indigenous children and women. I’m proud of my mum, who has fought hard for us children!”