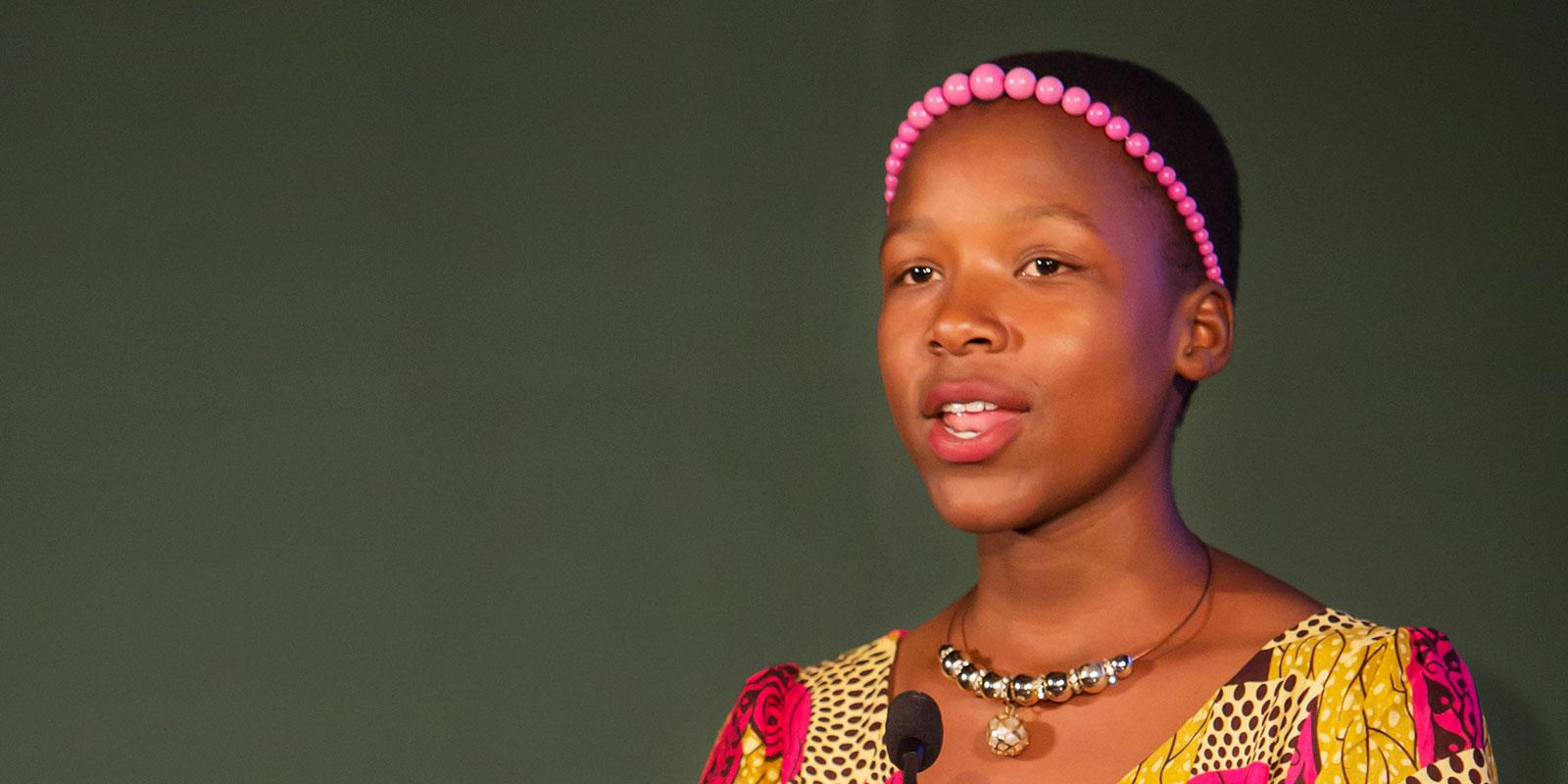 “Growing up I looked on in sorrow as children suffered in silence, as some children were denied access to education, some were beaten mercilessly while young girls were victims of sexual abuse and child marriage. “I did not know that as children we have rights. I then received training on child rights along with my other friends. This made me realise how much we needed to have more children trained at our school.”

Headmaster said no
“I then approached our school head to allow a Child Rights Club to be started. After being denied this a number of times, I persisted until I convinced him to introduce the WCP Child Rights Club at our school. This is how I became a WCP Child Rights Ambassador in my school and community. “After I convinced the headmaster, I felt we still had to conduct community club meetings that would bring together all the girls from surrounding schools that had not yet been allowed to have this kind of club at their school. This brought together girls from various schools, as well as those girls that are out of school that wanted to be involved in learning about their rights. We have now empowered many members of the Child Rights Clubs to teach other children in their communities about their rights.”

My ambassador role
“My role as a WCP Child Rights Ambassador to all girls and boys in my community and beyond is to educate and empower children. “I also play a role in advocating for the voices of those who are suffering in silence without speaking out, either because of lack of knowledge or limited empowerment. My role is to openly speak out about child rights violations in every sphere and space where children grow and develop. “My focus on girls’ rights is mainly aimed at advocating for a total end to child marriage, as well as respect for girls’ rights to sanitation in schools.”

Will bring change
“Being given the chance to be a WCP Child Rights Ambassador is an honour. It means the world to me. And I know that there will be change in this world of ours. Now I am an empowered young girl who can empower others. And this makes me feel important and part of the generation that will bring change for the better for children. Being active in the program has given me the opportunity to work towards achieving the change I wish to see.”