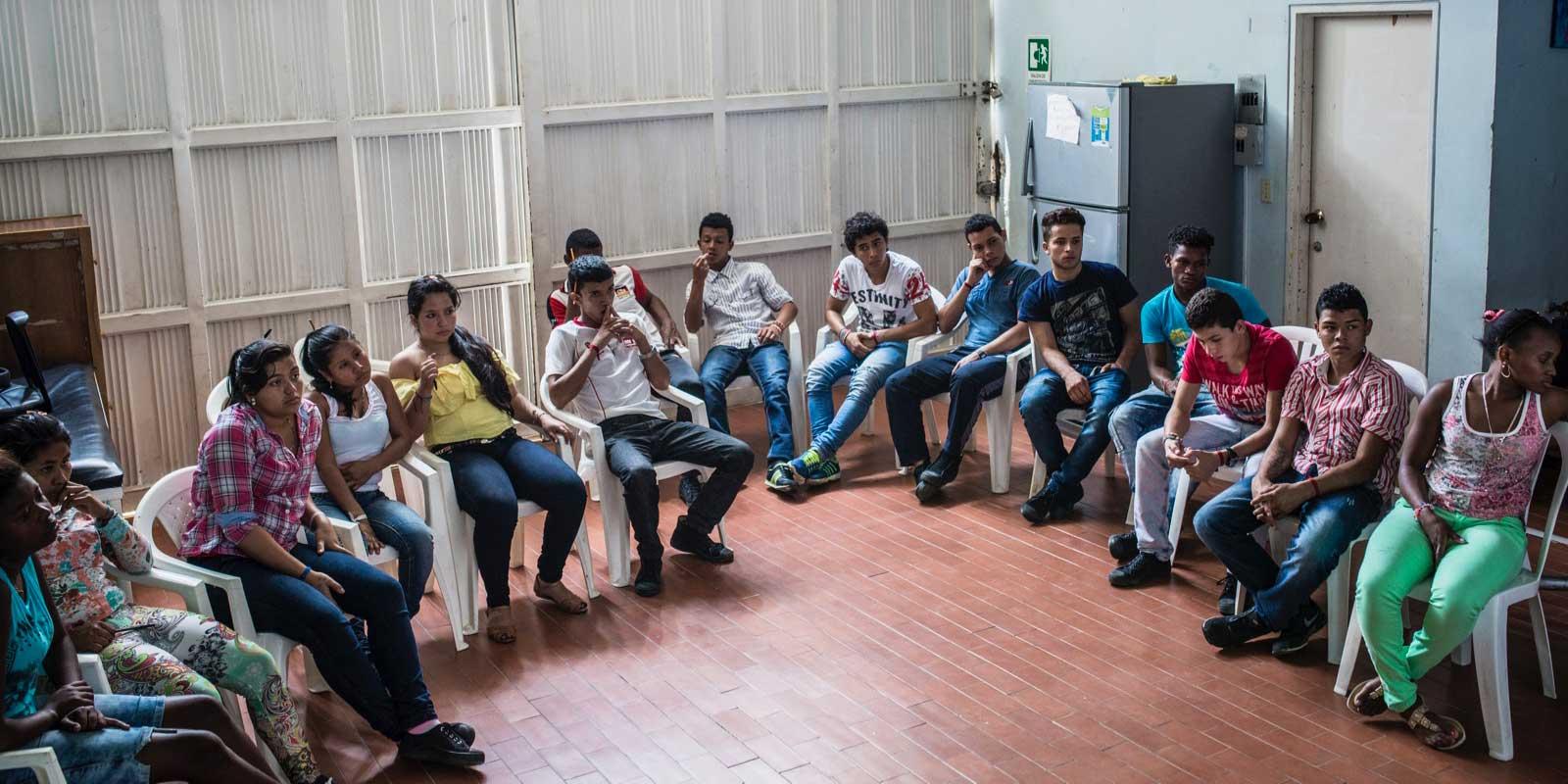 In 2016, peace was declared between Colombia’s government and the country’s biggestguerrilla group. By then they had been at war with one another for more than 60 years. Almost six million people have had to flee their homes in Colombia. More than 200,000 have been killed.

Ban on child soldiers
Both the guerrilla fighters and paramilitary groups used child soldiers. This is forbidden under international law. It is also a breach of children’s rights. No one knows how many children have been soldiers in Colombia, but over the past 16 years the country’s social services have taken care of 6,000 child soldiers.
The child soldiers are first placed in a reception centre, where they are given information about their rights. They are given an ID card and can then start school. A few months later they can move on to a protection centre, where they live until they are ready to return home. If they have no family to return to, the children can stay at the centre until they are 18.
Father Gabriel’s Hogares Claret runs several reception centres and protection centres for former child soldiers.