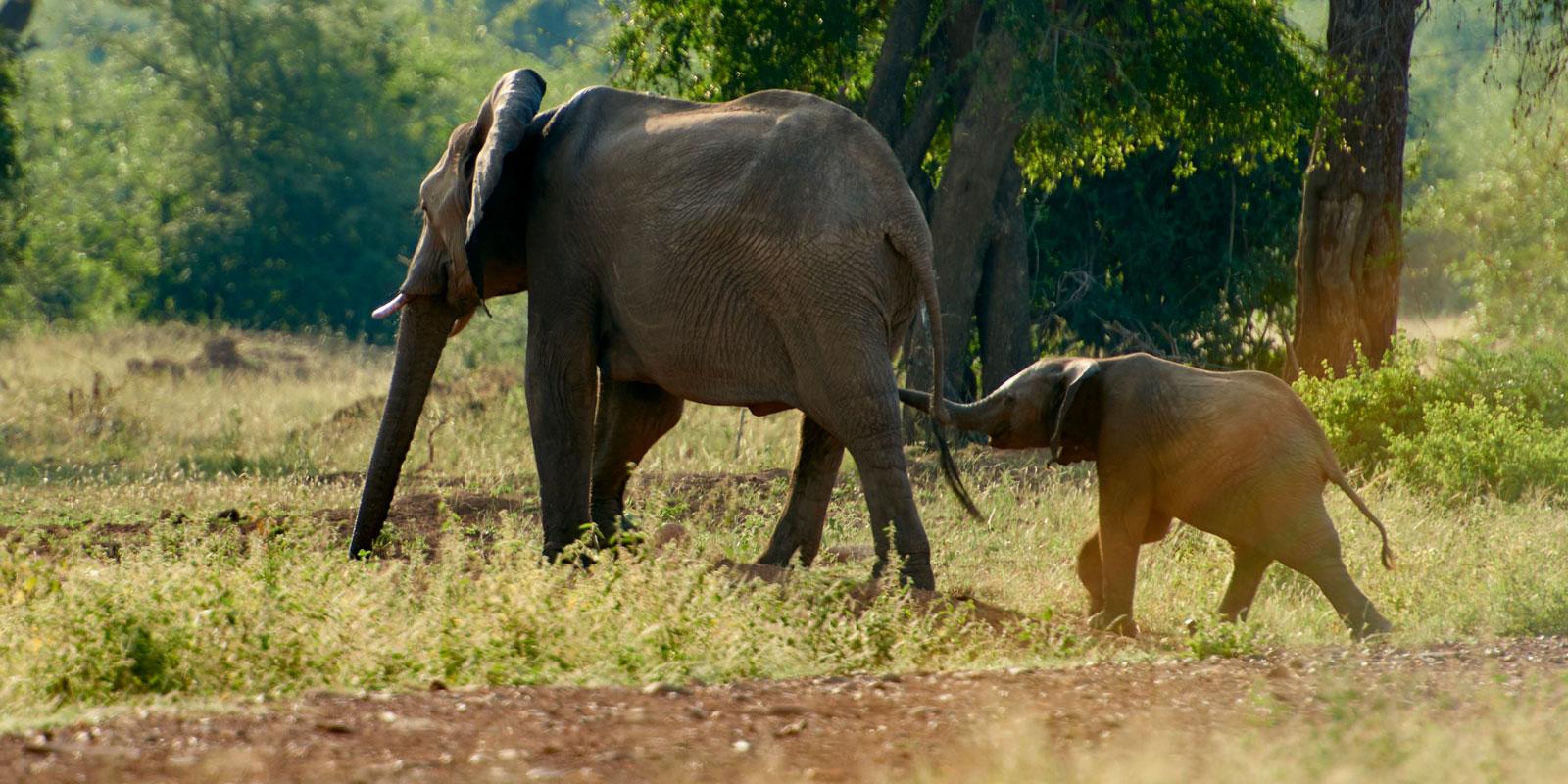 A 100,000 children – a whole generation– in and around the national parks Gonarezhou in Zimbabwe and Limpopo in Mozambique are being educated through the Peace & Changemaker Generation project, as changemakers who can take a stand against wildlife crime, and for girls’ rights in their communities. The project is a partnership between the World’s Children’s Prize Foundation and Peace Parks Foundation.

This may be the first time that all children in a vast, but defined area are reached in order to contribute in the long-term to increased respect for children’s rights in their communities, and to the protection of wildlife and nature. This impactful iniative is carried out in one of southern Africa’s oldest peace parks, the Great Limpopo Transfrontier Conservation Area, that includes Kruger National Park in South Africa, Limpopo, Banhine and Zinave national parks in Mozambique, and Gonarezhou in Zimbabwe. The P&CG Project is implemented in Limpopo and Gonarezhou.

Some 2,000 children are trained as Peace & Changemaker Generation Ambassadors, together with 700 teachers and school leaders. Parents and local leaders are also educated. These P&CG Ambassadors and teachers will educate all 100 000 children, including at 350 schools, about children’s rights, the global goals for sustainable development, as well as the consequences of wildlife crime and climate change for their communities.

2,000 children in Zimbabwe and Mozambique are trained as Peace & Changemaker Generation Ambassadors.

The national parks Gonarezhou in Zimbabwe, and Limpopo in Mozambique, are rich in animal life and biodiversity that are continuously threatened by organized crime, poaching and trafficking of products such as rhino horn and elephant tusks; loss of natural habitat; drought; and climate change. Both ecosystems and animals are endangered. There is not a single rhino left in the area.

Many children here live in deep poverty and face violations of their rights. Girls are especially vulnerable, but boys are also affected. Through the Peace & Changemaker Generation these children will now learn to stand up for their rights and make a change for a better future. In addition, through the World’s Children’s Prize Program, two million children in other countries will learn about the children in Mozambique and Zimbabwe, wildlife and protected areas, and how a new generation of children can make a change for the better. 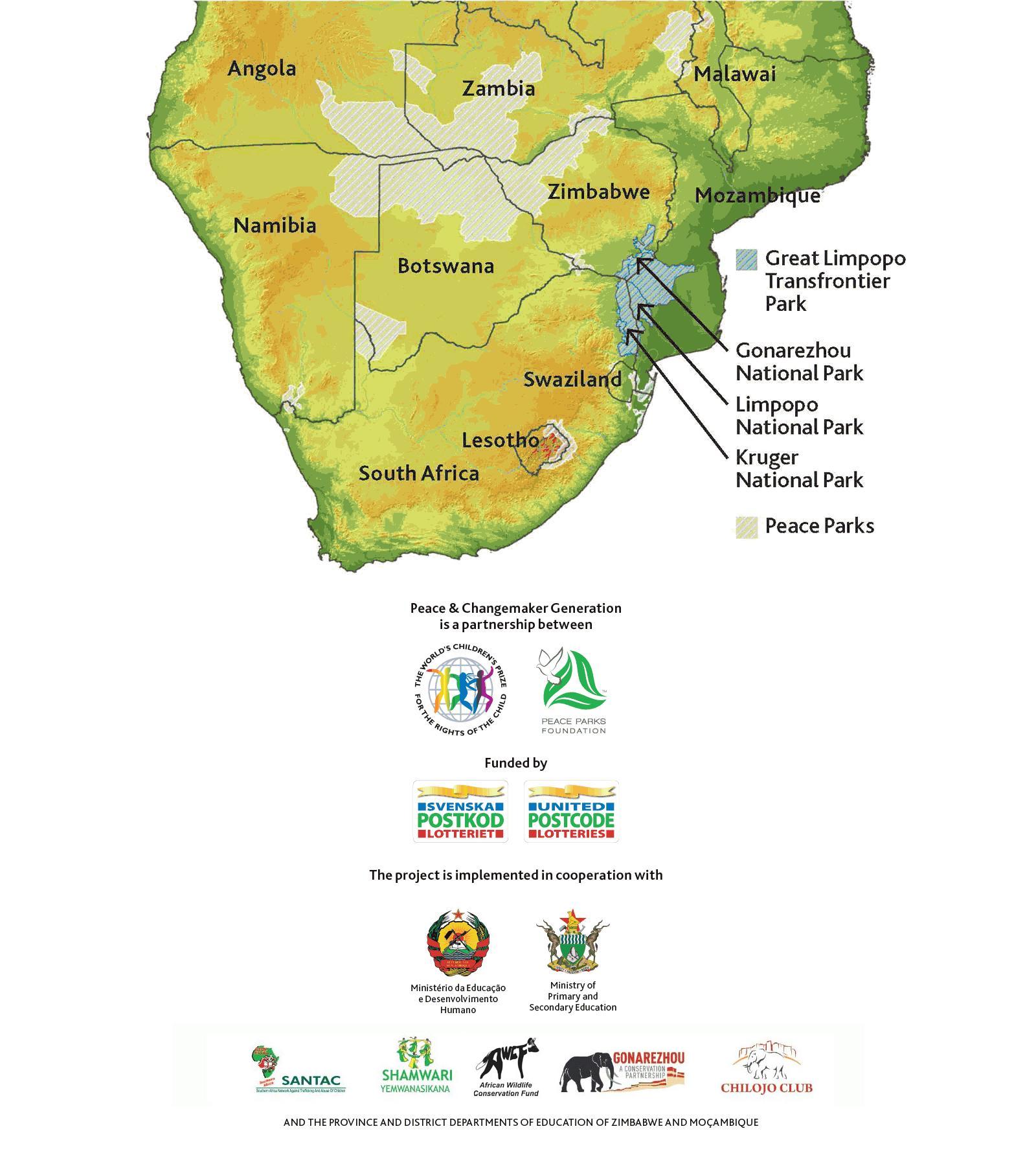 World’s Children’s Prize Foundation runs the World’s Children’s Prize – supported by 74,000 schools in 119 countries – that has, since its launch in 2000, educated and empowered 45 million children as changemakers that can stand up for children’s rights, democracy, and sustainable development. That makes the WCP Program the world’s biggest annual educational initiative for a better world. Close to half a million teachers have been trained on working with these issues. Patrons of the World’s Children’s Prize include Malala Yousafzai, the late Nelson Mandela, Graça Machel, Desmond Tutu, Queen Silvia of Sweden and Sweden’s Prime Minister Stefan Löfven.

Learn more about the WCP program

Peace Parks Foundation’s dream is to reconnect Africa’s wild spaces to create a future for man in harmony with nature. The Foundation engages with governments to secure protected land and channel investment into development of transboundary conservation areas. Peace Parks plans and implements innovative conservation strategies that revitalises habitat integrity, restores ecological functionality, and protects biodiversity, whilst developing nature-based tourism and enterprise opportunities to ensure the long-term sustainability of these protected areas. At the same time, Peace Parks focusses on communities living in and around these wild spaces – capacitating them in the sustainable use of natural resources and unlocking opportunities for them to derive equitable benefits from conservation. Peace Parks Foundation was founded in February 1997 by the late Dr. Anton Rupert, the late Prince Bernhard of the Netherlands, and the late former president of South Africa, Nelson Mandela.