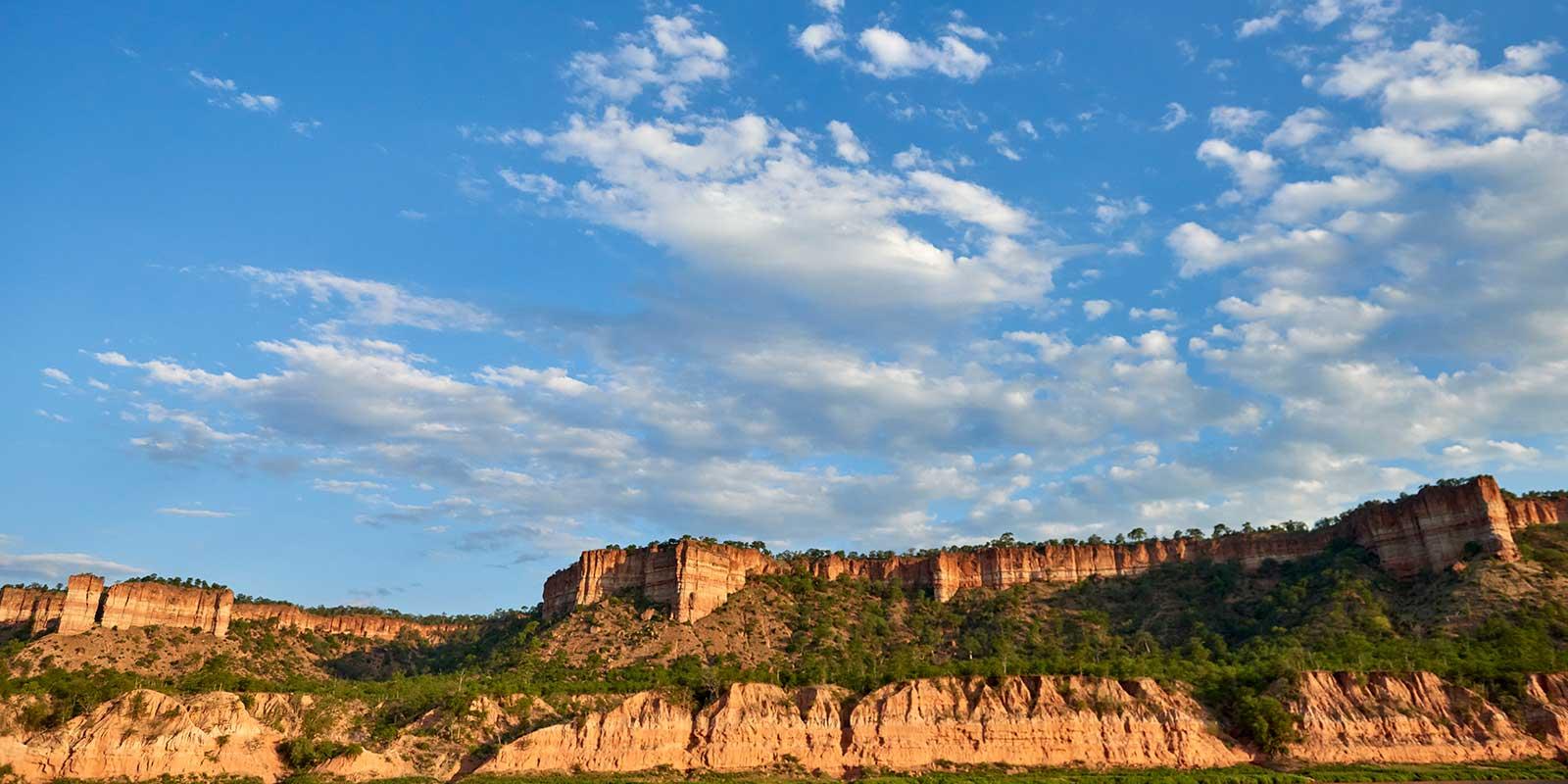 “I quit school at the age of 13 and started hunting full-time. It felt pointless carrying on at school, because there aren’t any jobs here anyway. But I’ve had enough now. Lots of poachers and rangers are getting killed. Poaching has to stop,” says Paulo, 16, who lives in a village near Limpopo National Park in Mozambique.

“People have always hunted here to survive. It’s a way of life, we are hunters. I think that’s why many continue to hunt even though it’s a crime. That’s how it is for me. Both my dad and my grandfather are hunters. I’m just doing what they do. I started hunting with my dogs in Limpopo National Park at the age of 10. Hunting with dogs is the traditional way to hunt here. I get up early, get my eleven dogs together – seven large and four small ones – and head out hunting with three of my friends. We hunt impala and other small animals. We have to keep an eye out all the time, so the rangers don’t discover us.”

“I’ll never forget one early morning when I was 14. We’d been tracking an impala and I sent the dogs after it. I was lying hidden in a thicket when I suddenly saw that the dogs were surrounded by rangers. They shot and killed three of my dogs to protect the impala. I ran as fast as I could and managed to get away. Several of my other dogs were injured and had rubber bullets in their bodies. But it’s far from the only time the rangers’ rubber bullets have scared us out of the park. And one of my friends, who is also 16, was arrested and ended up in prison for ten months.”

“Hunting isn’t just about tradition. Many poach for the money because there aren’t any jobs here. Dad and his friends go poaching in the park, but also for rhino. They cross the border into South Africa because the rhinos here have been hunted almost to extinction. It’s the rhino horn they’re after, which is very valuable. They either sell the horn in the nearest big town, or in the capital Maputo.
“A team of hunters is often made up of four people, and each hunter in the team can get 800,000 meticais (USD 13,000) for a single horn! Everyone here who has a nice house and car has it because of poaching rhino. Everyone. That’s how it is for my family too. Our two houses, TVs, satellite dishes, mobile phones, CD players and pickup trucks were all bought with money from rhino poaching. People start companies, such as taxi businesses and fishing, using money from poaching.
“Poaching has become a way of life for almost everyone here. Parents tell their children that it’s the only way if they want to avoid living in poverty. And we do what our parents tell us.”

“The plan was that I would practice hunting small animals here in the park, and then start hunting rhino in South Africa with my dad. But I’ve changed my mind now. Dad has too because he’s afraid I’ll be killed or end up in prison. Because it’s really dangerous.
“The rangers in both Mozambique and South Africa have increased security and many people from this village have been killed. One of my neighbors was shot dead recently. But it’s not just poachers who are getting killed. Many rangers are also being shot dead. It’s like a war. It doesn’t feel good; poaching is a crime and it’s wrong. It needs to end.
“At school, I learned that we must protect our wild animals because otherwise, they will become extinct. Like the rhinos here. The rangers have an important job protecting animals and the natural environment, and they are paid to do it. People who do the right thing are cool. I want to be like that, not a criminal who poaches.
“But I probably can’t get a job as a ranger as I left school so early. My greatest wish is to get to continue my education and do something sensible with my life.” 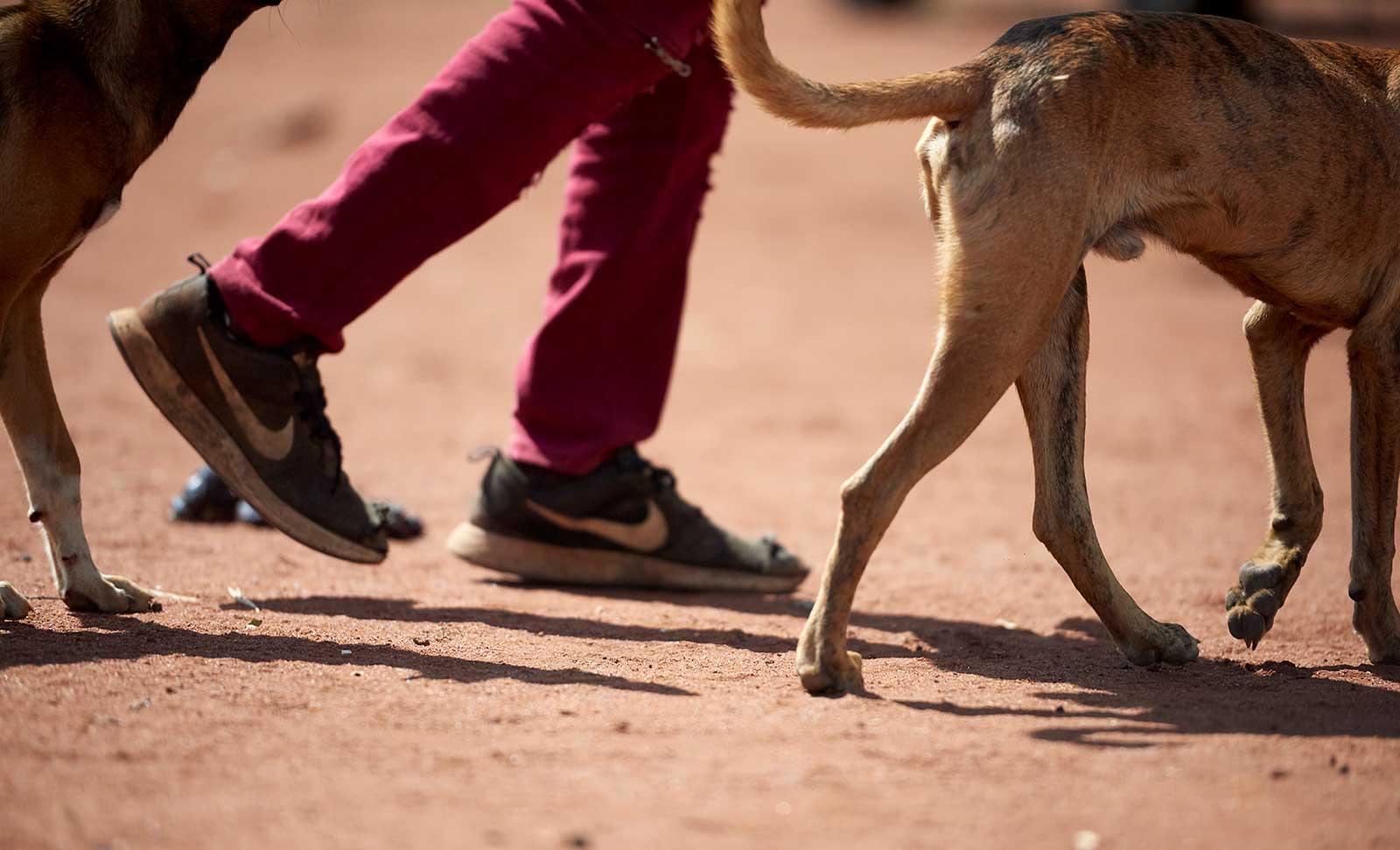 “We usually hunt early in the morning, but sometimes in the evening using strong torches. The animals are drawn to the light, they get blinded and paralyzed, and then we send in the dogs for the kill. If it’s a small animal, the dogs kill it straight away, but if it’s bigger like an impala, we kill what the dogs have caught using a machete and panga,” says Paulo. 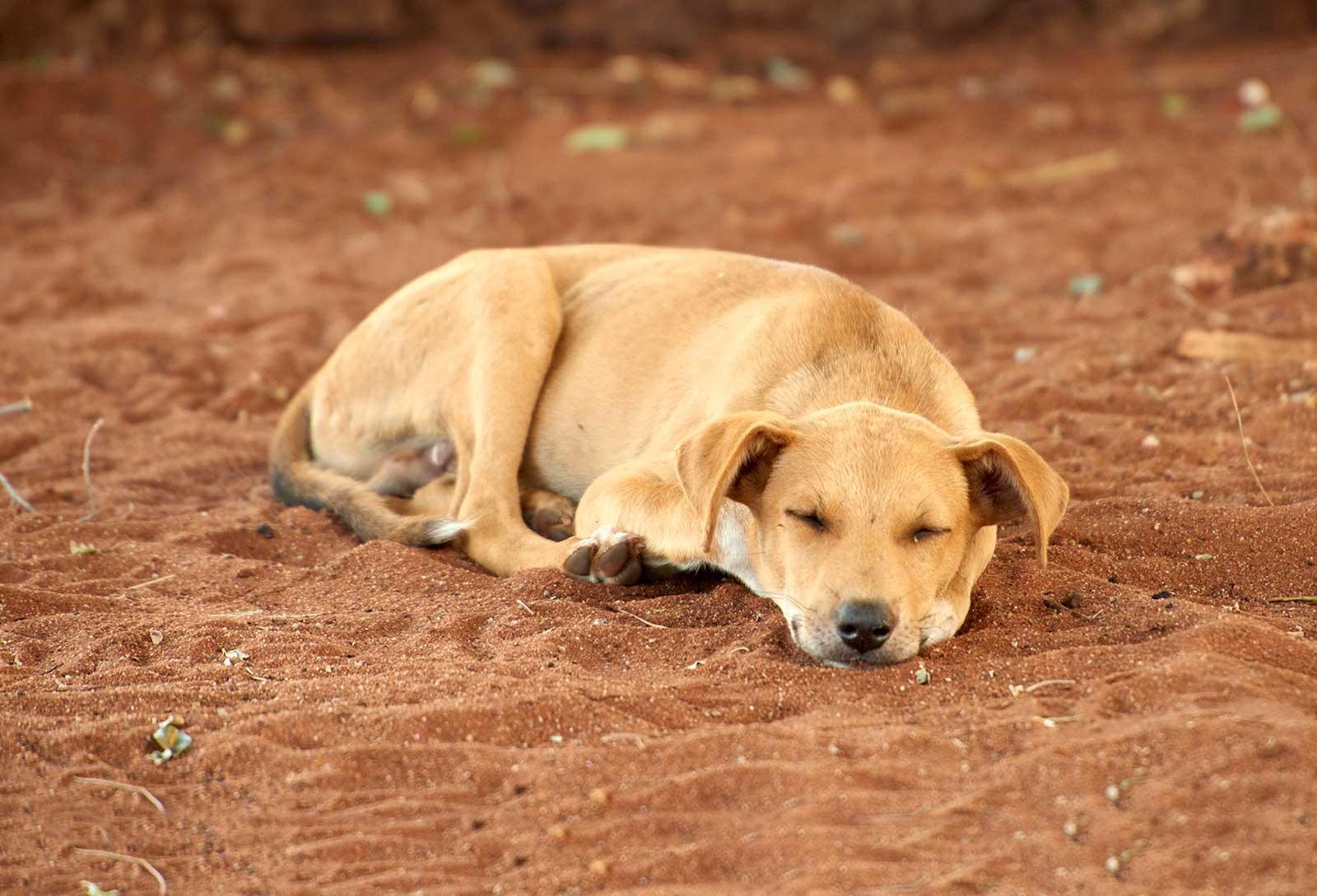 “We usually hunt early in the morning, but sometimes in the evening using strong torches. The animals are drawn to the light, they get blinded and paralysed, and then we send in the dogs for the kill. If it’s a small animal, the dogs kill it straight away, but if it’s bigger like an impala, we kill what the dogs have caught using a machete and panga,” says Paulo. 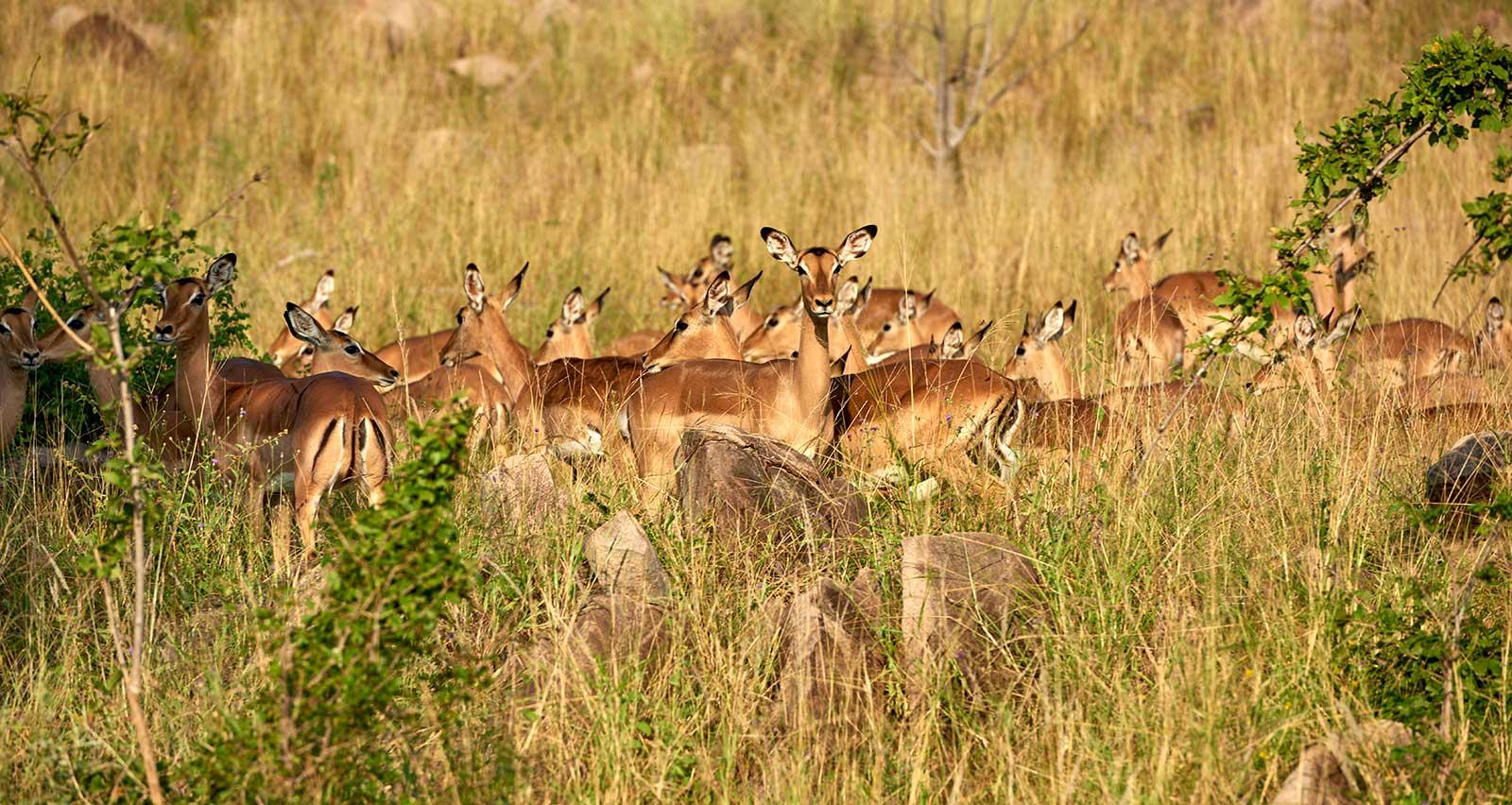 Paulo has hunted for both impala and waterbuck. 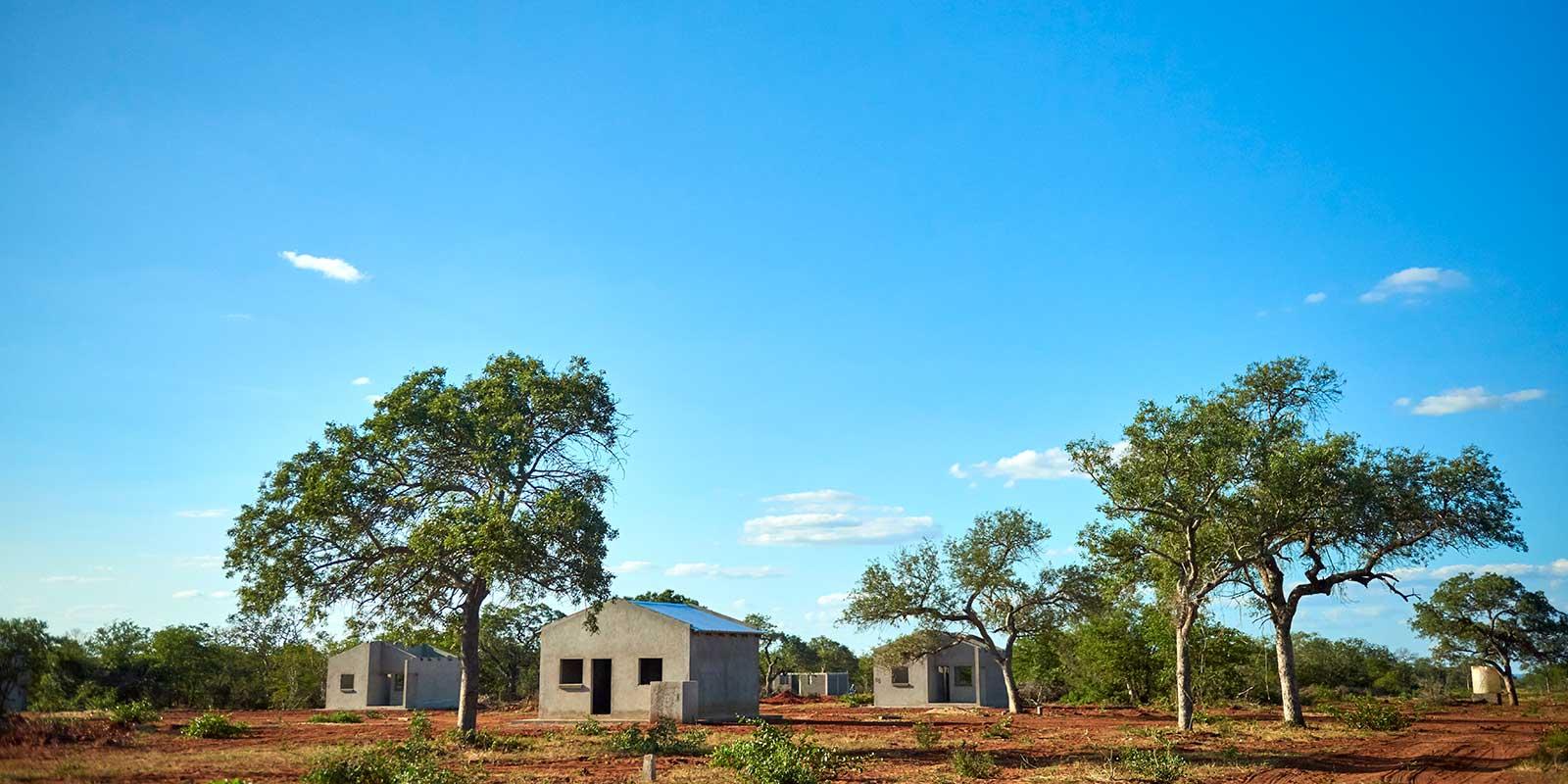 Villages with new houses are built outside of Limpopo National Park.