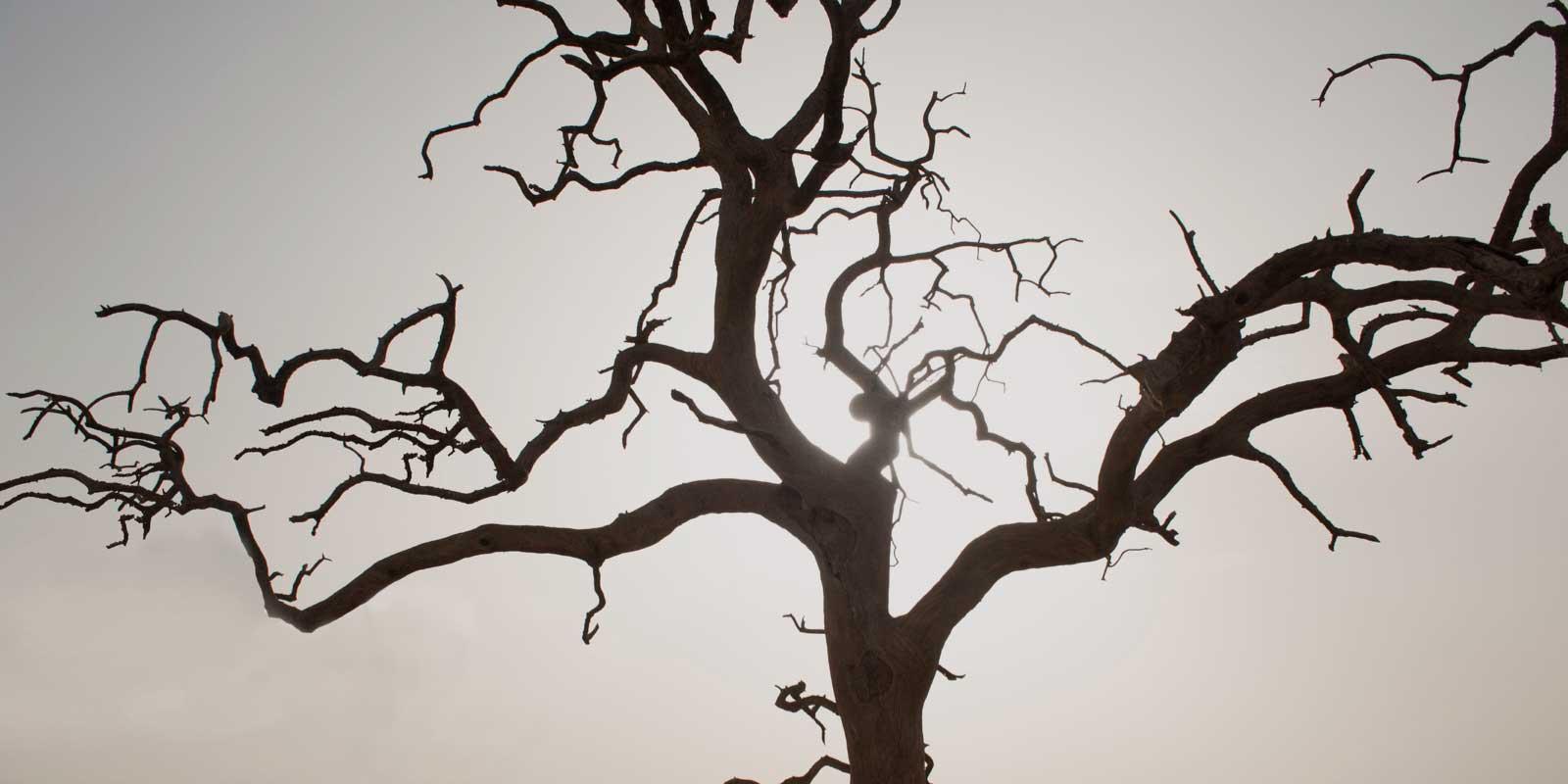 Mariama is running. Her feet strike the sandy ground hard, and she is struggling not to trip in the darkness. She wants to escape from everything. Her stepfather has decided that she should get married, although she is only eleven years old.

After running two kilometres in the dark, Mariama reaches her grandmother’s home, who tries to console her, but Mariama can’t stop crying. If her father had still been alive none of this would be happening, she thinks to herself.
“My father loved me and my siblings more than anything else. His death was the beginning of a new life. Dad was the one who supported us, and when he passed away everything got harder.”

Dreams up in smoke
According to tradition in Mariama’s village, women who are widowed must spend four months in mourning. During this time, they may not even take an object from a man’s hand. If a man needs to give her something, he has to lay it on the floor for her to pick up.
When the period of mourning is over, the woman can marry again. Mariama’s mother follows tradition and marries one of Mariama’s father’s brothers. This is when Mariama’s problems begin.
Mariama’s new stepfather doesn’t want her to go to school, and instead decides she should be married off. Since he is a man, he is allowed to make these decisions. Mariama refuses to go along with her stepfather’s plan. She feels heartbroken thinking about what life would be like without school. All her dreams for the future would go up in smoke.
“My father wanted me to go to school. If he was still alive then none of this would be happening,” says Mariama to her stepfather.

More atrocities
There’s another thing that makes Mariama even more afraid. When she was a baby, she was subjected to FGC – female genital cutting. In Mariama’s village, they ‘sew up’ a girl’s vagina. When she is going to get married, the ‘cutter’ has to come back to open her up with a knife. “Most girls faint. Many get ill afterwards, and are bedridden for a long time. It can be hard to recover,” says Mariama.
Mariama knows that it will be hard for her to give birth because she has had this done to her. Especially as she is still so young. But her stepfather is determined. “You are going to marry your cousin. It’s for the best for the family.” Mariama cries almost all night long at her grandmother’s house. But when she wakes up the next morning, she has decided what to do. She is going to go to an organisation called Tostan for help. She doesn’t feel nervous, because she is sure that they will listen to what she has to say.    When Mariama finds the women who work with Tostan and are part of the village committee, they listen to her carefully. They say they are impressed that Mariama knows that education is so important. They think Mariama is ambitious, and she is no longer afraid. 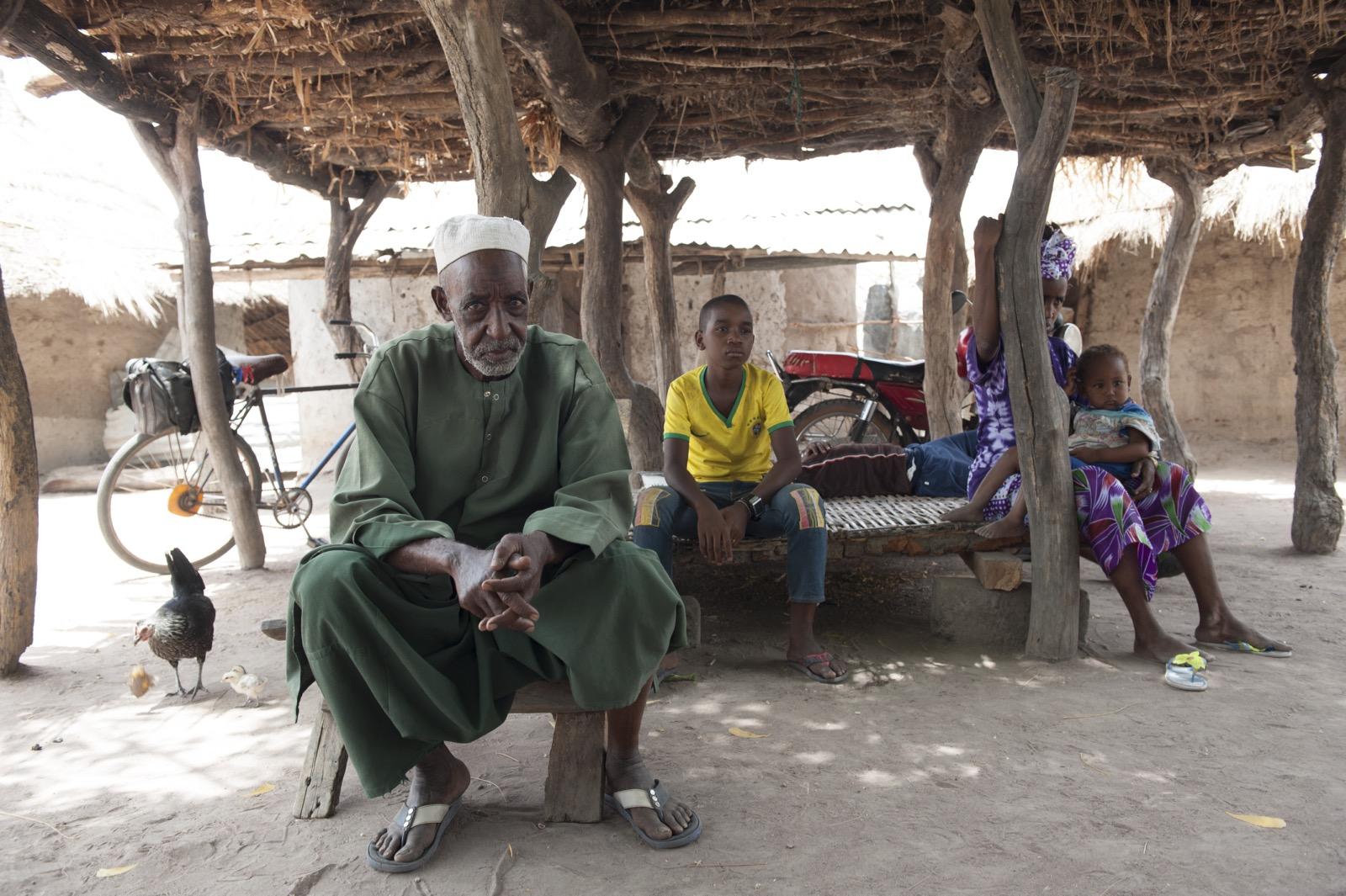 “At first I didn’t want to listen to the Tostan group, but now I’m grateful that they helped me to understand how important it is to get an education,” says Mariama’s stepfather.

The Tostan plan
The Tostan group quickly make a plan. They have to talk to Mariama’s stepfather, and fast. They gather a group of 17 people, and together they go to her parents’ house. They are indignant. An 11-year-old shouldn’t have to get married! She should be going to school and getting an education.
Mariama stays out of sight to avoid hearing the conversation with her stepfather, but even from a distance she can hear that he is furious. “Mariama has asked others for help because she has no respect for her own family,” he says. Then he shouts: “She will do as I say!” and refuses to listen to the group gathered at his house.

Everyone is angry
Mariama knows that she is right. The message from Tostan is clear: girls have a right to an education! Mariama should not have to quit school and get married. This could have serious consequences for her health, and destroy her future. But what happens if her stepfather forces her? That night, Mariama can’t sleep. Her stepfather is still angry and she feels sad that this big argument is going on in her village. She slips out of bed and out into the night. Without even thinking, she starts to run. It’s as if her feet are moving by themselves, leading her along the road to her grandmother’s house.
When she arrives her grandmother takes her in, but says that she has to go home in the morning. Mariama knows what she wants and feels supported by Tostan. At the same time she is afraid, because so many people in the village are angry now. Her stepfather is angry with her and the Tostan women are angry with him because he won’t listen. Several of her relatives are upset that she is not obeying her stepfather. They do not believe that a girl should be able to make decisions for herself.

Help from the police
When she comes home from her grandmother’s house, Mariama realises that her stepfather has not listened to Tostan. He is going to make sure that the wedding goes ahead, unless something drastic happens. She has to act! Mariama writes a letter to the governor, explaining her situation. Then she goes to the police. The police have seen similar cases and they understand the situation. They invite Mariama and her stepfather to a meeting. Mariama, her parents, and two police officers attend the meeting. The women from Tostan are there too. The police are clear: “Mariama is doing well at school and she wants to continue her education. That means that you have no right to take her out of school. If you do not allow her to go to school, we will arrest you,” they say to her stepfather. Her stepfather is afraid now, and submits to the police officers’ demands. With eyes fixed on Mariama, one of the police officers says: “Remember this moment. You have gone through all of this to be able to go to school. Now promise me that you’ll do well.” Mariama leaves the police station feeling relieved, nervous and shaken all at once. She is delighted to be able to continue going to school, and that she will not have to go through the trauma of child marriage. At the same time she feels uneasy. She has put her parents at risk of being arrested. 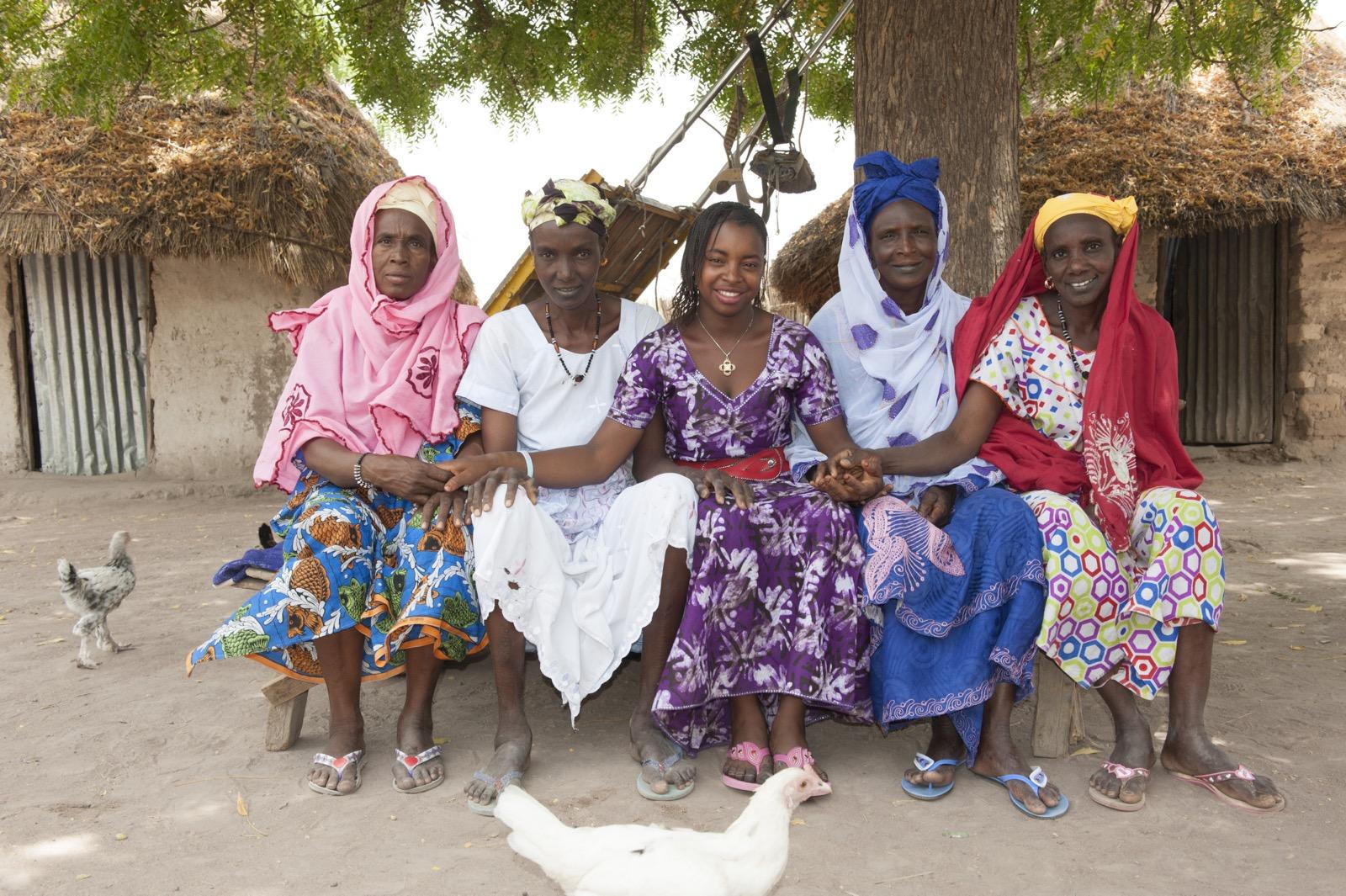 Mariama with the women from Tostan who helped her when her stepfather wanted to marry her off. “Lots of girls are forced to quit school, but Mariama was brave and dared to talk to us and put a stop to it. Now she can be whatever she wants to be,” says Kumba Bah.

Keeping her promise
Returning to the village is not easy. People turn away from Mariama. Her own relatives say unkind things, and the village elder is annoyed. He says that Mariama has disrespected him, and that going to the police was the wrong thing to do.
Things don’t get any better when Mariama goes to school. It feels like everyone is looking at her. After school, she goes home and goes to bed. She can’t eat, and she can’t stop thinking that everybody is against her. For days she just lies there, not going out. What should have been a victory is weighing her down, and Mariama feels alone. Then Mariama’s best friend walks in the door. She sits on the edge of Mariama’s bed and hugs her tightly.
“You have fought too hard to just give up now,” she says. Mariama’s friend tells her about school, and says all the things that Mariama herself has been saying for the last few weeks. That schooling is a right, and education is the key to a better future. In that moment, Mariama resolves to focus fully on her studies. Nothing else will distract her. She will keep her promise to that stern police officer.

“We are victims. But our children will not be!”

Village for girls’ rights
Time passes, and Mariama feels that people are no longer against her. Her stepfather forgives her and explains to her, and the whole village, that he was wrong.
“All girls have a right to go to school. I understand that now. I didn’t want to listen to Tostan, but now I am glad that they helped me. My advice to everyone I meet is that you should never forget the people who help you make the right decision,” says her stepfather in front of everyone in the village.
When Tostan have been working in Mariama’s village for three years, the whole village makes a declaration: We will never again cut a girl! We will never again demand that someone under the age of 18 has to get married! Mariama is the one who reads out the declaration for the people who have gathered. She concludes with a speech that she wrote herself, which ends with the words:
“We are victims. But our children will not be!”