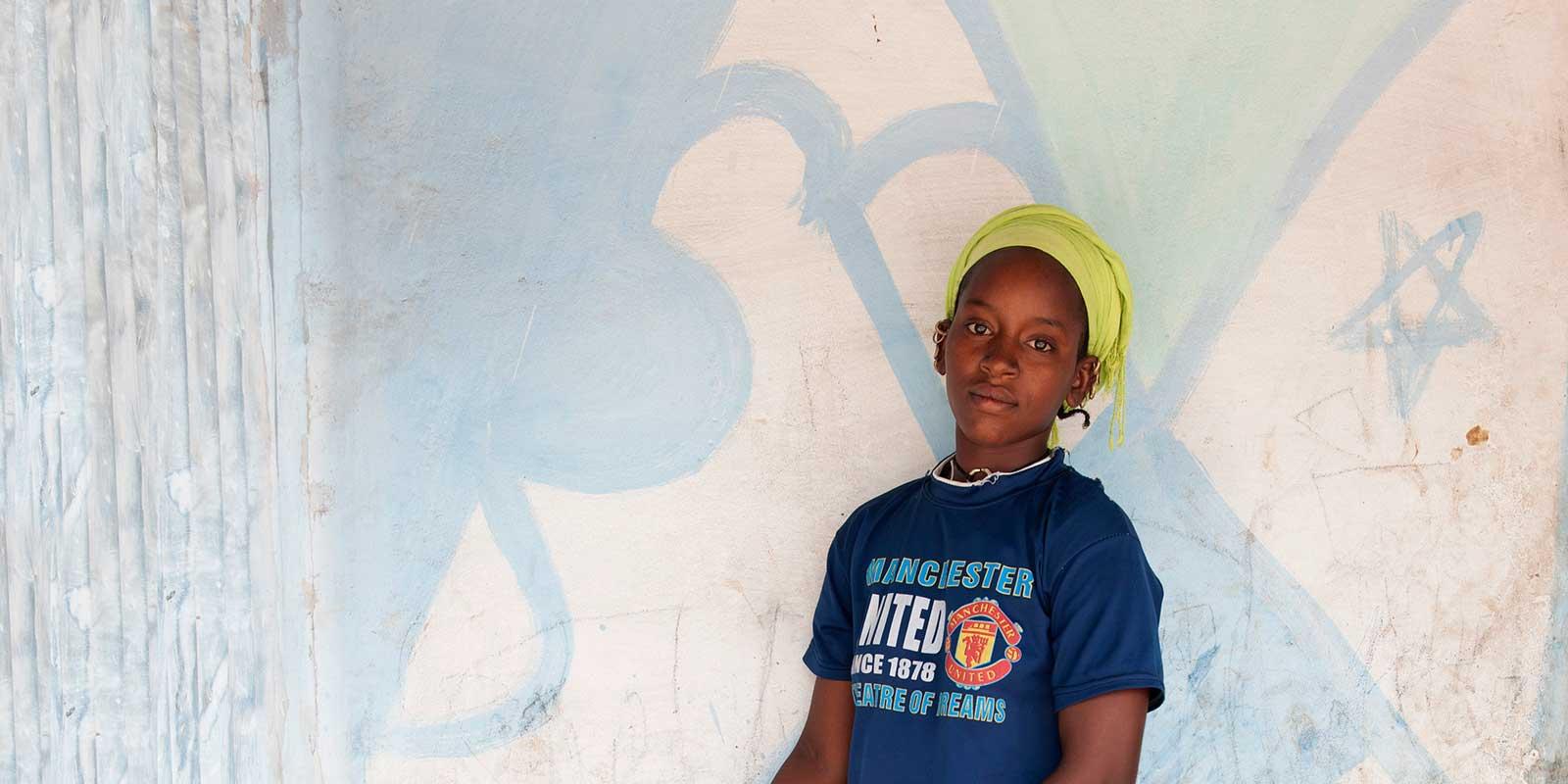 After months of drought, finally the rain is drumming on the roof. Mariama, four years old, runs out to the other children. Mariama doesn’t know that it’s already been decided that she will marry one of the boys who is also jumping in the puddles.

“When I was born, a friend of my parents came over and said: ‘This girl is going to be my son’s wife.’ My parents thought this was a good idea, so they discussed the wedding, and agreed that I would live with the boy’s family from when I stopped being breastfed until I was seven. So I grew up with the boy who was to become my husband. We were like brother and sister.

Wedding day
“I went back to live with my mother and father when I turned seven. One day, when I was eleven, my friends told me: ‘You’re getting married tomorrow’. I was upset. I was taken to the boy who was to be my husband. I wore a white sheet tied around my hips and a veil on my head. My upper body was bare.
After the wedding my husband and I went into the house. Two older women sat outside. Later on, we were to give the white sheet to the women. If there was blood on the sheet then the village would celebrate with music and dancing. If not, it would be a scandal.
When we lay down on the bed my husband asked me: ‘Why are you so quiet?’ I looked up at the ceiling and didn’t know what to say. My husband started talking about all sorts of things and after a while, I started to talk too. We said that it felt strange to be lying there as man and wife. We talked about other things too, about our friends and the village. And about our new home, where we would live together.
The women outside were waiting for us to lie together as man and wife. At sunrise we gave them my white sheet, which now had blood on it. The women started cheering and dancing. 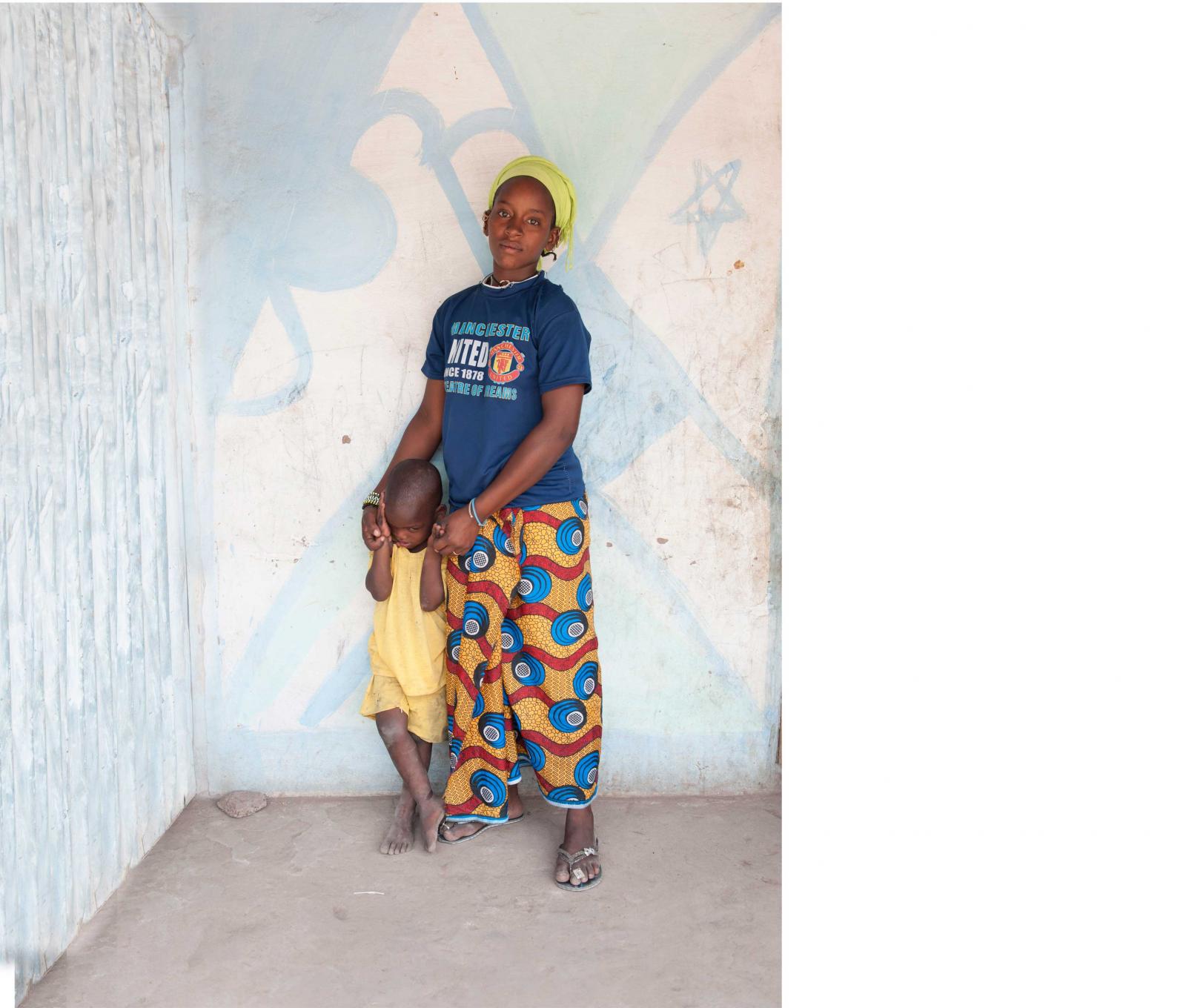 Mariama and one of her children. She says: ”I won’t let them get married before the age of 18,and they will go to school.”

School for my children
A year later I gave birth to my first child. It was really difficult. I had to go to hospital and I was bedridden for weeks afterwards. Just over a year later my second child was born.
We struggled to get enough food for us all, so my husband decided to travel to Europe to find work. I didn’t hear anything from him for several weeks. He’s still in Italy now, he has a job and sends money home. He calls us often, and says nice things to me and asks after the children. Now that we have lived together as man and wife, I have started to love him.
I’ve learned so much from Tostan. One of the women there tells me everything she knows. My dream is good health for my family. I won’t let my children get married before they are eighteen years old, and I’ll make sure they can go to school.”