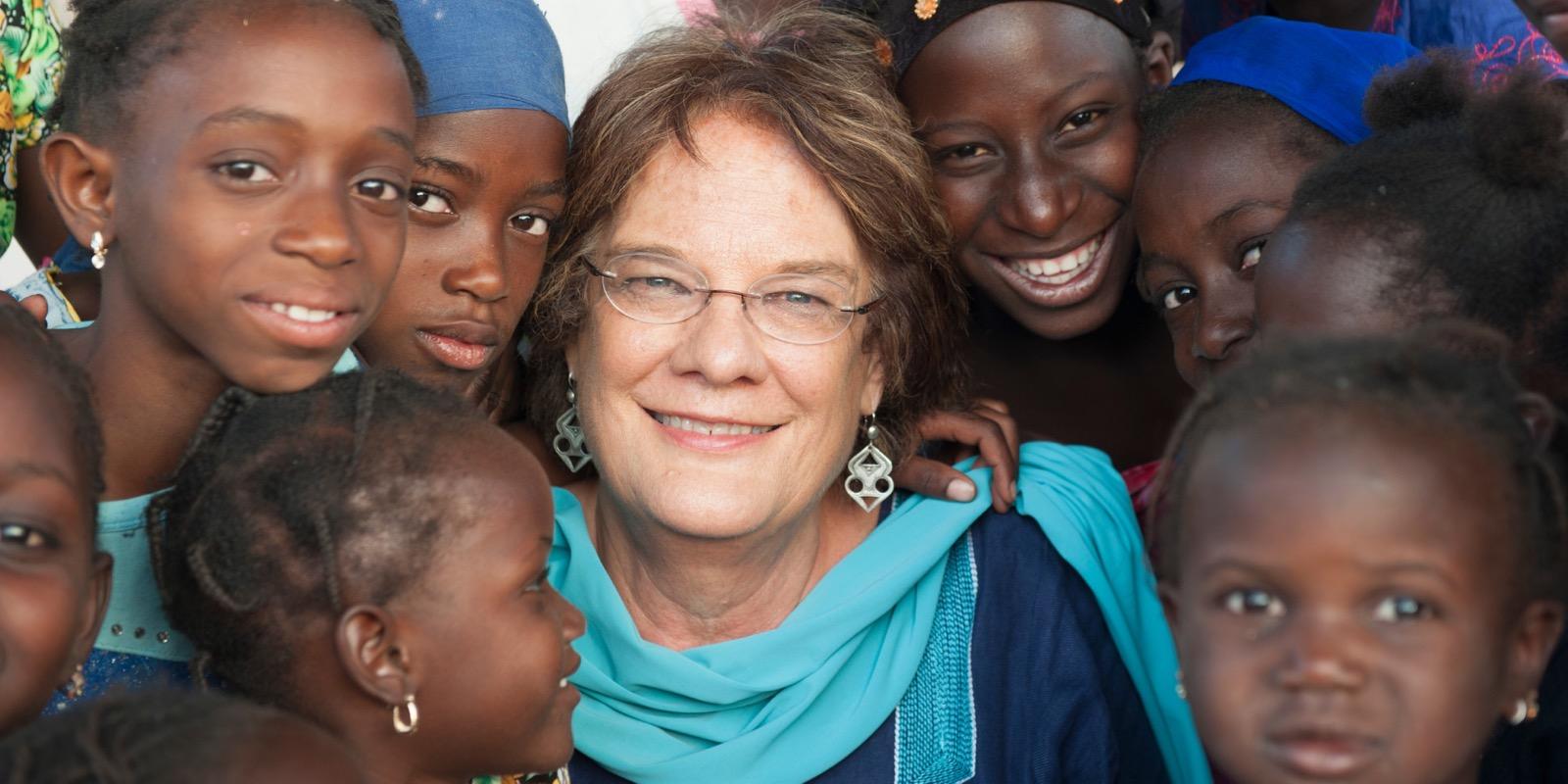 Molly Melching was honoured by The World’s Children’s Prize in 2017 for her 40-year struggle to end female genital cutting, child marriage and forced marriage.

Molly and her organization Tostan train people using local languages, in a program based on human rights. They involve whole villages, adults and children alike, in a three-year training program that covers health, education and environmental issues. Other important elements include empowering women and children, and raising awareness of female genital cutting and the rights of the child. Tostan’s unique educational model is called the ‘Community Empowerment Program’. The program has led to over 7,200 villages across six nations in West Africa deciding to stop practising female genital cutting, child marriage and forced marriage. Thanks to Molly and Tostan, hundreds of thousands of girls in these villages can now grow up without the risk of being harmed for life. And they and the boys in the villages will not have to get married while they are still children. Both girls and boys can now dream of a future filled with knowledge, where they make their own life decisions.

Knowledge spreads Tostan works in six countries in West Africa: Guinea, Guinea-Bissau, Mali, Mauritania, Senegal and Gambia. Since 1991, more than 200,000 people have taken part in Tostan's program and used Tostan's material, which is available in 22 local languages. Tostan's model means that these 200,000 children and adults have in turn spread knowledge and influenced over two million people. The program participants talk to their relatives and friends in other villages. Knowledge and change spread across entire countries, as well as to other countries.

Better lives with Tostan The focus on human rights in the Tostan program means that life in the villages gets better for children and adults in many ways: • Over 7,200 villages have stopped female genital cutting, child marriage and forced marriage • Respect for the rights of the child increases • More girls go to school • More children are vaccinated • Literacy increases • Maternal and child health improves • Decisions are made democratically • Women can be leaders too • Positive environmental impact • Fewer cases of malaria, HIV and AIDS, and other diseases • Solar power brings electricity to the villages, which means more children can study at night

Learn more about Molly in the Globe Magazine