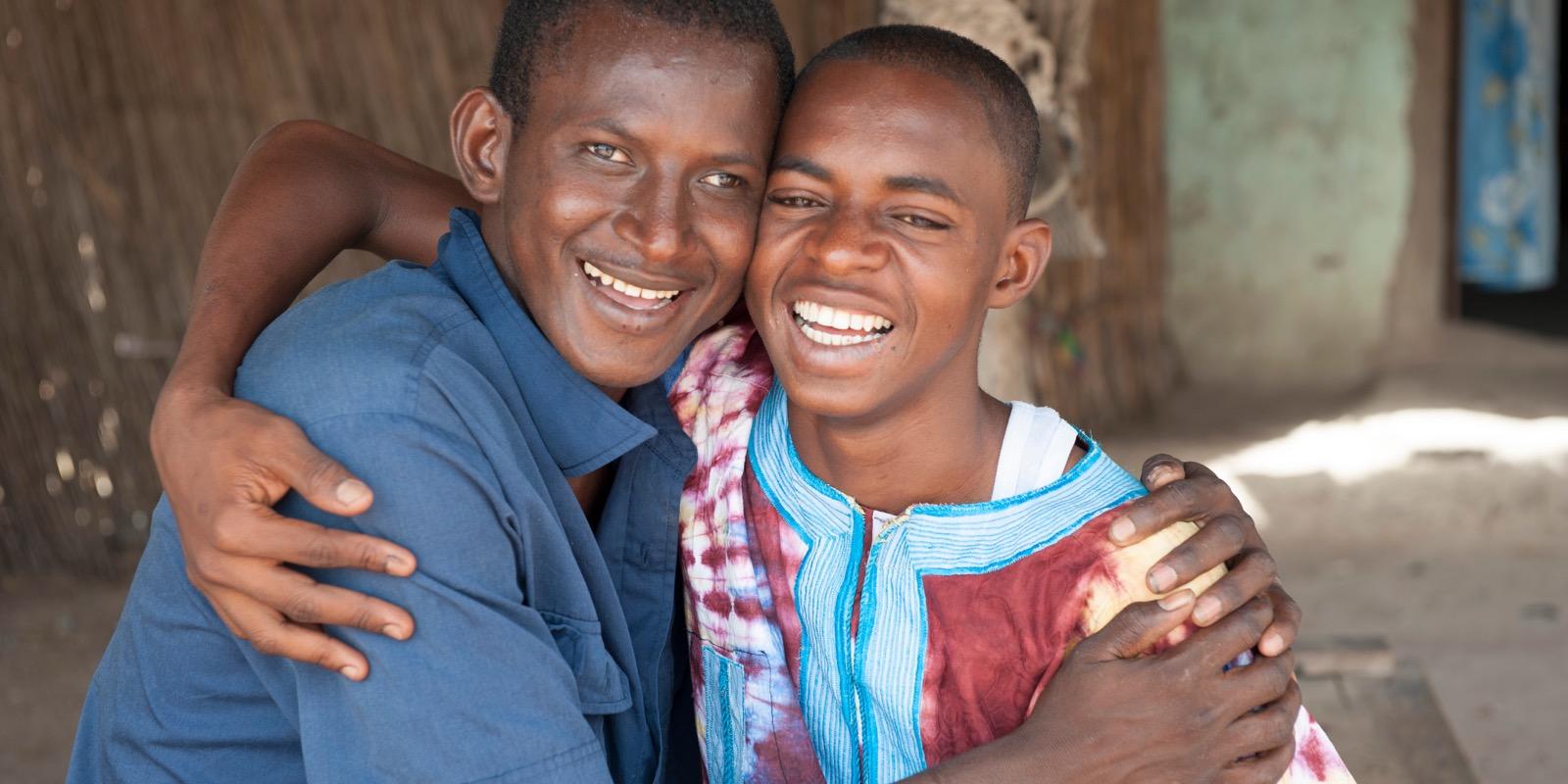 At the video club in the village, two friends Saikou and Ebrima are watching football. They have a lot in common, and they both support Real Madrid. But their lives are very different. Saikou goes to school and every day, thanks to the Tostan women in the village, he takes a small step closer to his dream of becoming a doctor. Ebrima works in the fields, and can’t give his wife and three children what they need.

Before school, Saikou tends the family’s cows. Once he has given them what they need, he hurries to the village school. From a very young age Saikou has wanted to be a doctor. He knows all too well what it means not to have access to medical care. When his father fell ill and died, life became difficult for the whole family.
“Our father loved me and my siblings. Losing him is the worst thing that’s happened to me. When he died, it became hard for us to make ends meet.”
After while, Saikou’s mother married again. Saikou’s stepfather already had children of his own, and it’s hard for him to support everyone in the family. The family continue to struggle to afford the basic essentials, like food and school resources.

You have to leave school!
When Saikou is thirteen, his mother tells him:
“Saikou, you have to leave school and start working. And we will give you a wife.”
But Saikou refuses.    “School is the most important thing in my life. And I’m much too young to get married,” he says to his mother and stepfather.
His stepfather won’t listen. He has already planned everything and doesn’t see any problem with Saikou going to work instead of studying.
Saikou stands his ground. He explains that if they let him continue his education, he will be able to help the family much more than if he is forced to get married and start living an adult life this young. When they still won’t listen, Saikou walks out the door. He knows he doesn’t have to solve this problem alone. Help is available. 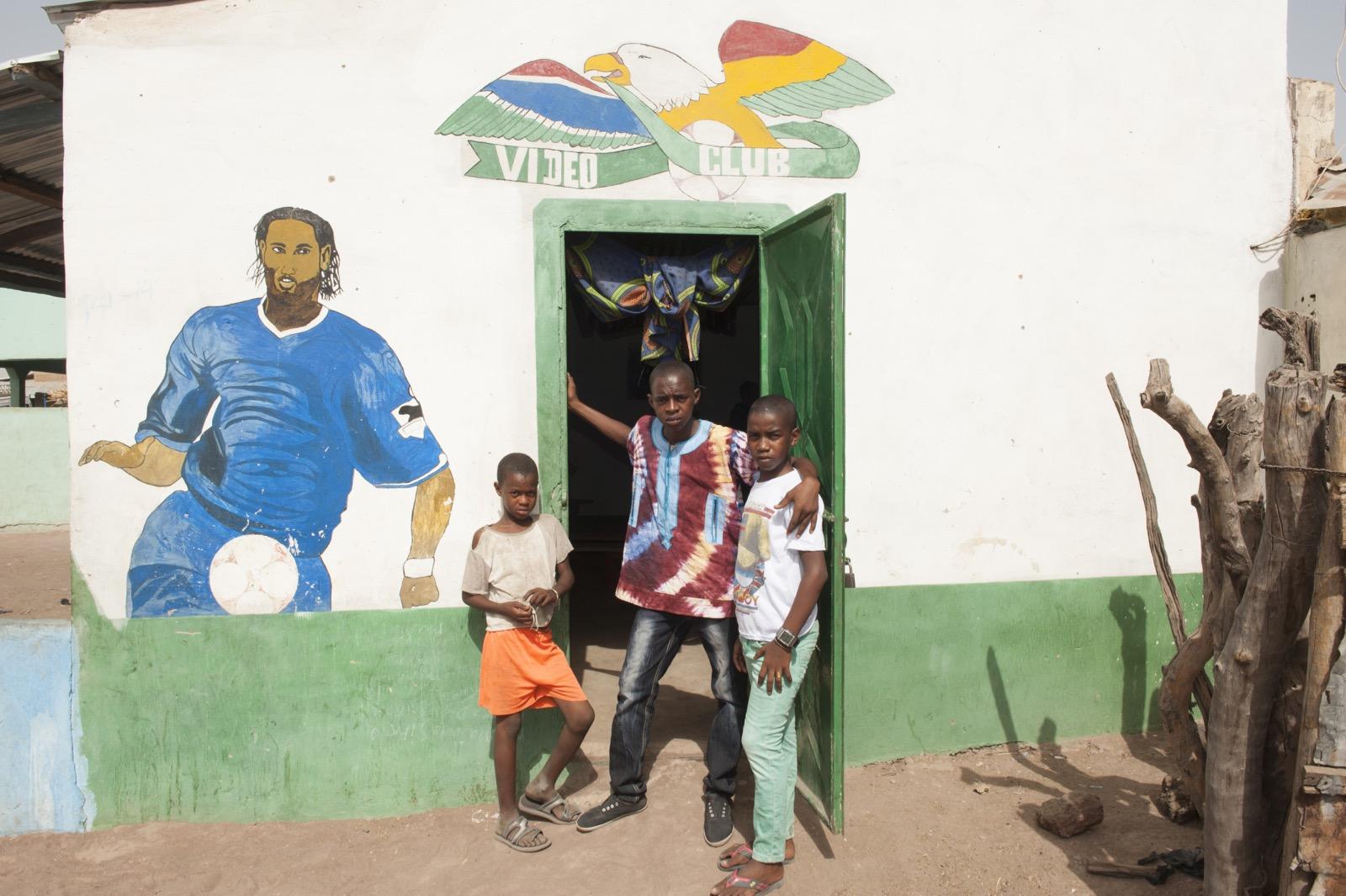 Alagie, Saikou and Gibbi go to the video club as often as they can to watch football. Saikou supports Real Madrid. “I admire Ronaldo because he comes from a poor background and has worked his way up. I wish I could play like him.”

Help from Tostan
Just a stone’s throw away, Saikou finds the Tostan representatives in the village.
“It was Tostan that taught us all about the importance of education. They also taught us that even we children have a right to make our voices heard. We should be allowed to express our opinions in important decisions. Tostan said straight away that they would help me.”
The very next day, the Tostan women sit down with Saikou’s parents. They talk over the situation. Tostan has a special method to resolve problems and conflicts in the villages where they work. The women are experienced and know that it’s important for everyone to express their opinion and feel heard and understood. That’s why Saikou’s stepfather feels prepared to listen to Tostan. When they are finished, they have all agreed that the best thing for everyone is for Saikou to carry on with his schooling.
“I was so happy. Now my dream could come true!”

Talked into getting married
At the same time, a short distance away in the village, another boy’s future is being discussed. He is called Ebrima, and is in the same class as Saikou.
“If I want water, I can just tell my wife to get me some,” boasts a boy who is a couple of years older than Ebrima. ‹ “Imagine having a home of your own,” says another. Ebrima is listening. His mother wants him to get married and everyone around him seems to agree. Maybe school isn’t that important after all, thinks Ebrima.

Ebrima is a few years older than his classmates. Old enough to get married, his parents think, even though he’s only 16.
What Ebrima doesn’t know is that his parents have gathered a group of boys who have left school and got married, and told them to tell Ebrima that married life is better than going to school. Ebrima is persuaded, and agrees to marry the cousin his parents have chosen. She is only thirteen and Ebrima has never talked to her before. 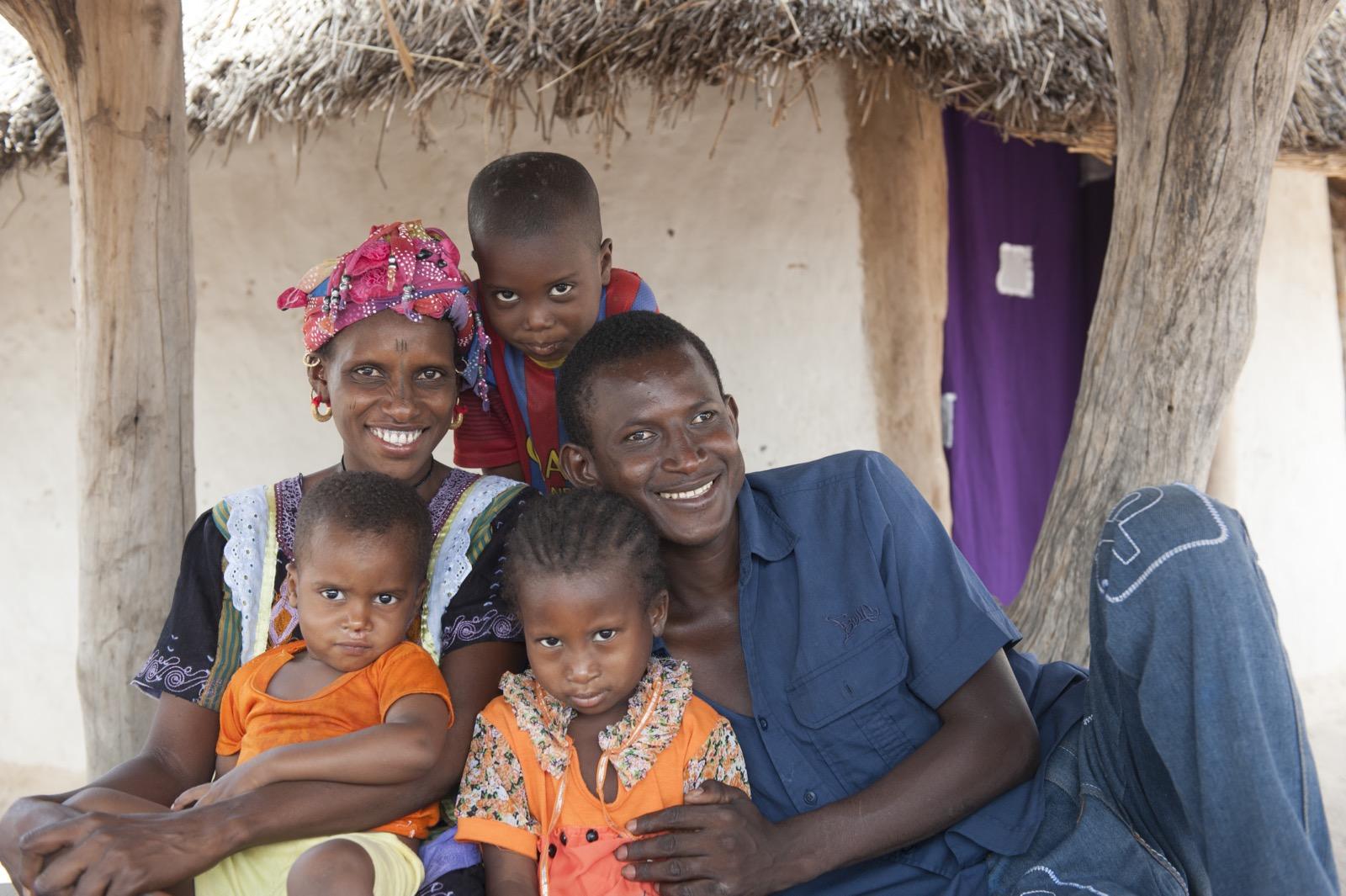 Ebrima got married at sixteen and now he has three children. He and his wife Kaddijatou often talk about making sure their children get the education they never got.

“I have been blessed with three children and I love my wife, but it hurts that I can never afford to give them what they need.”

Never enough money
On his wedding day, Ebrima realises he has made a mistake in allowing himself to be talked into this. Nobody has actually asked him what he thinks, and he feels that he just went along with the whole idea because he didn’t want to disappoint his parents.
“Now I thoroughly regret it. I should have made the most of my right to express my opinion, and I shouldn’t have agreed to get married so young. When my wife and I slept together on the first night I just felt scared. It was the same for her, she was scared too.”
“I have been blessed with three children and I love my wife, but it hurts that I can never afford to give them what they need,” says Ebrima.
He has worked hard every day since leaving school, but he still can’t make ends meet.
“I’m not educated, and it shows. When Saikou and I go to watch the football at the video club, he can read all the signs in English that I don’t understand, and he can talk about things I know nothing about.”

Children should get an education
Saikou and Ebrima often talk about what going to school and getting an education means for your future.
“I have a lot to learn from Saikou. When we talk, I realise what a difference it makes whether a person gets an education or not,” says Ebrima.
Ebrima and his wife Kaddijato agree that their children will not get married before they are 18.
“I didn’t go to school and I was happy when my mother told me that I was going to get married, even though I was so young. I had no idea what I would do otherwise. But my dream for my children is for them to know that there is another kind of life. I want them to go to school and not to get married too early,” says Kaddijato.
The two friends Saikou and Ebrima both work hard for what is important to them. Saikou does his best at school and Ebrima fights to give his family what they need. They often talk about the future, and about what a big difference Tostan has made by raising awareness of the importance of education. If it hadn’t been for Tostan, Ebrima and Kaddijato might not have realised that they could give their children the chance to live a different kind of life.