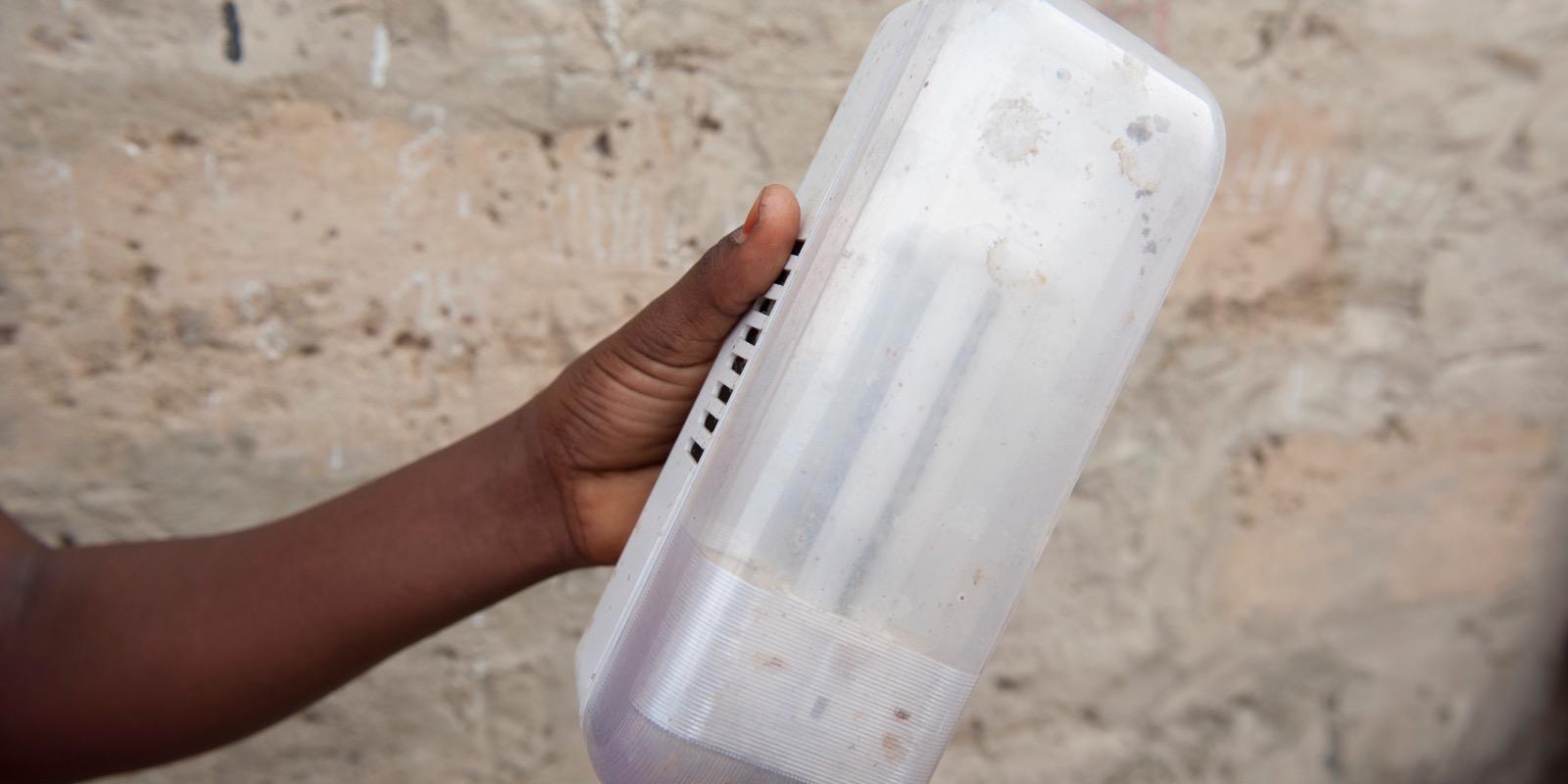 When Nene was little she had to light a candle to be able to do her homework in the evenings. But since her grandmother became a solar power engineer, now there’s plenty of light for homework – and for playing!

Nene’s grandmother Doussou was 50 years old the first time she boarded a plane. She was travelling to India, to visit the recipient of the 2001 World’s Children’s Honorary Awards, Barefoot College. They train women from rural areas of many different countries to become ‘barefoot solar engineers’. Without needing a shared language! Using pictures, colours, and repetition, Doussou was able to learn how solar panels work.
When Doussou returned to Senegal, she was able to help the whole village – all the homes, the school and the mosque – to access solar power and light. And even the church in the neighbouring village.
“We believe in equality and fairness, regardless of religion. So if we get electric lighting in the mosque, it’s only fair that our neighbours have lighting in their church too,” she says. 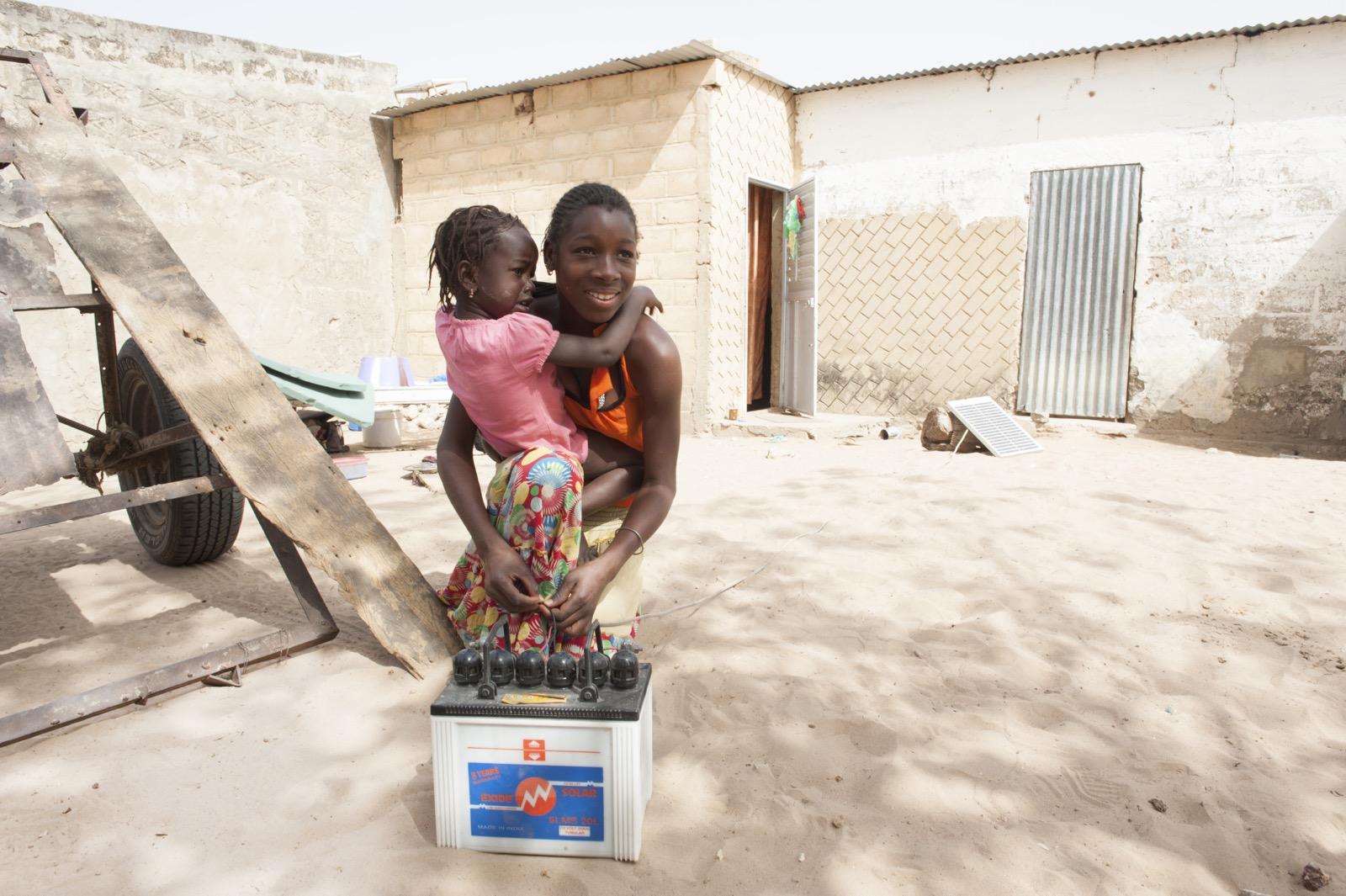 Nene charges the battery using energy from the solar panel. Solar energy means that Nene can now do her homework in the evening.

Sun brings radio and TV
Before the village became part of the Tostan program, a woman had never spoken in front of the whole village before. But when Nene’s grandmother came home with 50 solar panels, she was at the centre of the celebrations. “I had never dreamt of speaking in front of everybody, but it wasn’t hard. Thanks to the training Tostan gave us, I felt comfortable talking and sharing the important things I had learned,” she explains. 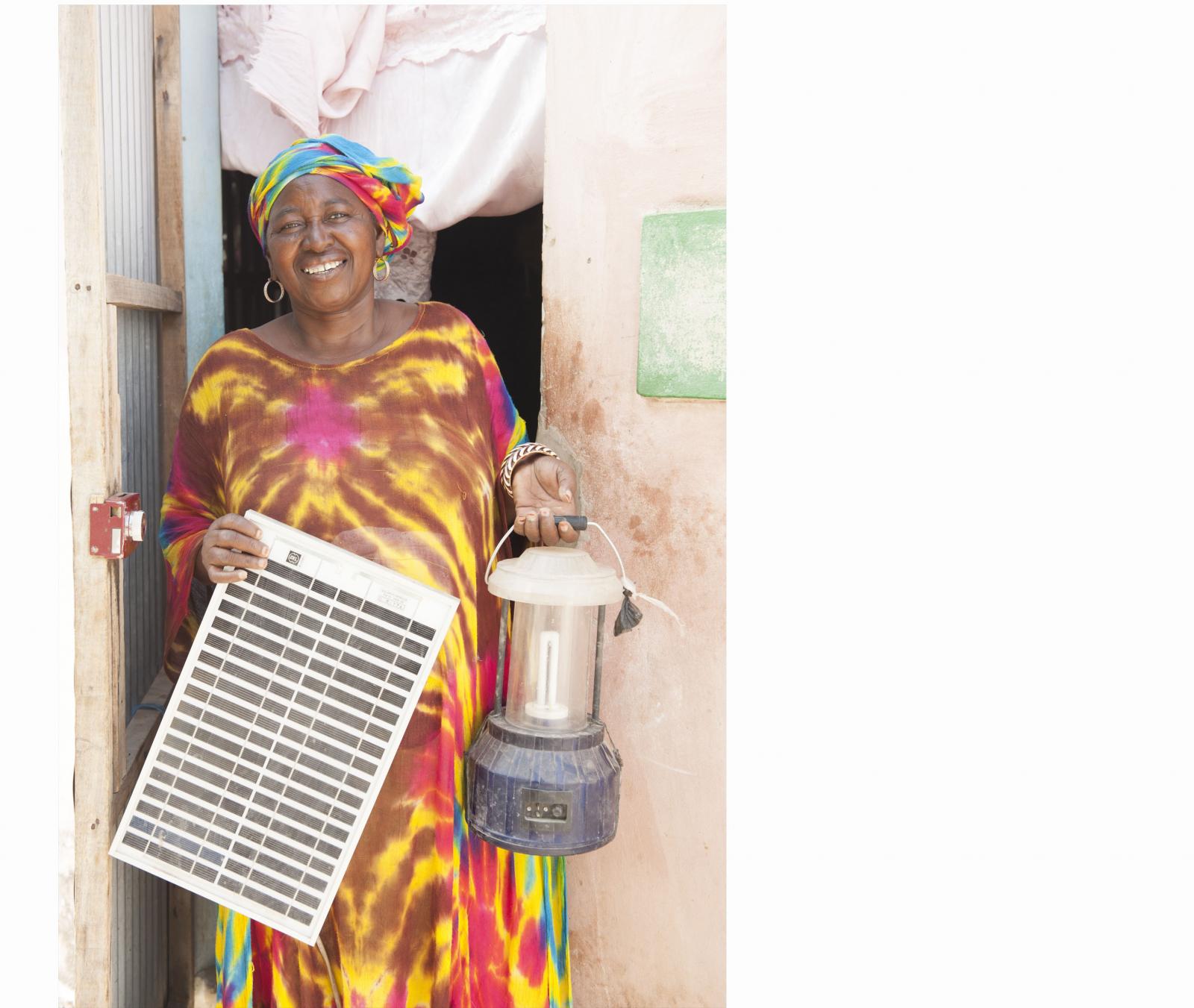 Grandma Doussou is now teaching three younger women to be solar engineers. And she has also taught Nene. “Whenever school is closed I’m with Grandma. I watch what she does and try to understand it. I’m proud of everything she’s learned!”

At Nene’s home, the solar panel is connected to the battery, harnessing the sun’s powerful rays.
“The best thing about solar power is that we can listen to the radio. It’s fantastic. I like getting information and listening to popular songs, mostly djembe music,” says Nene, who no longer has to do her homework by the flickering light of a candle.
“It’s easier to do my homework now, and we have more time to play! And we can watch TV and charge everyone’s telephones,” says Nene.