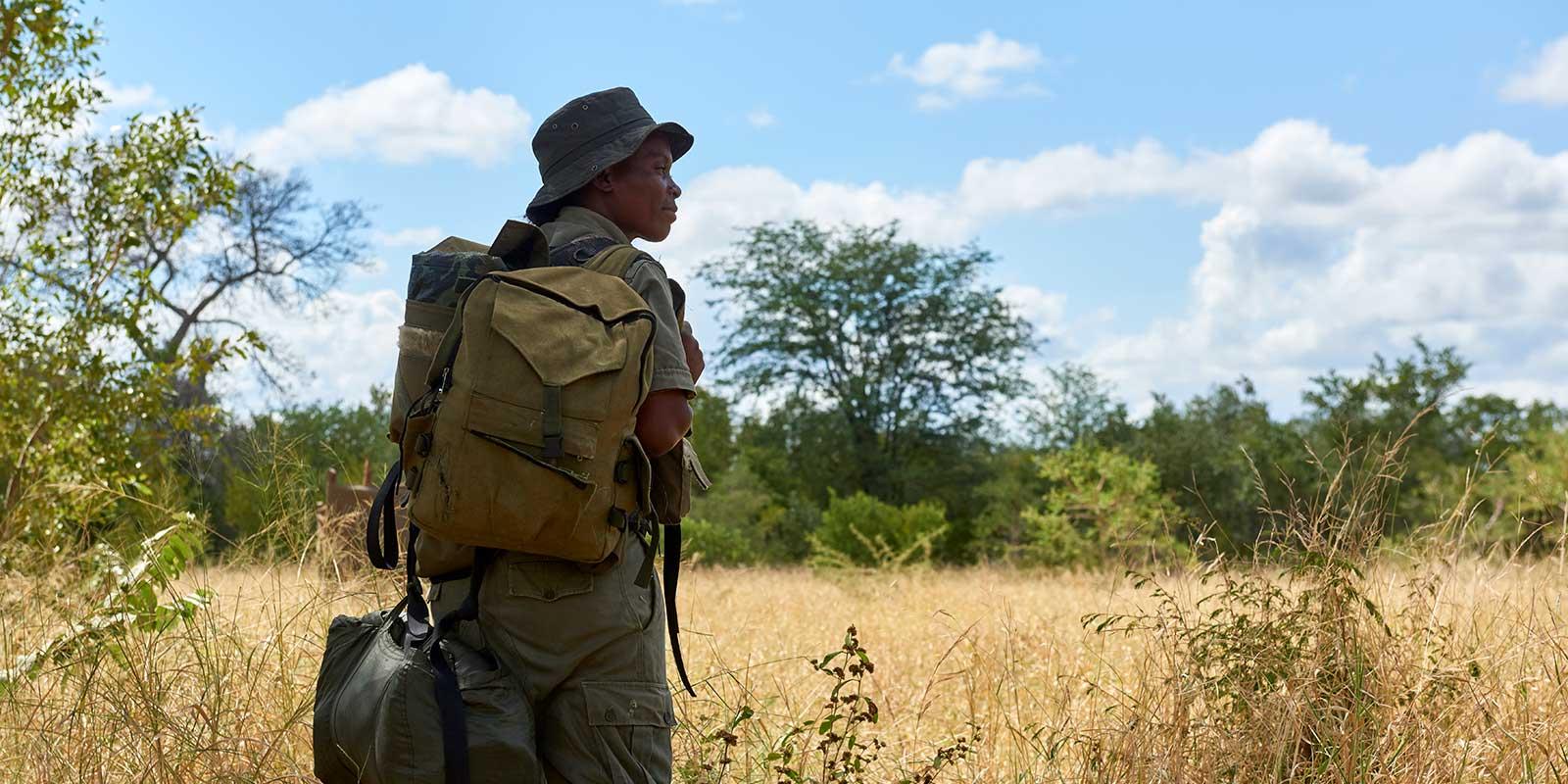 “When I was 13, I got the opportunity to start a preparatory teacher training course. It was my dream, and mum was really proud, but dad said no. He said that higher education wasn’t for girls. And because men have the say here, not women, I had to quit school,” says Mira. She is now one of three female rangers in Limpopo National Park in Mozambique, with the dangerous job of tracking, arresting and imprisoning poachers.

“My parents divorced when I was three years old. Dad forbade me and mum from meeting and forced me to move in with him and his second wife. I didn’t get any food until all their children had eaten their fill and there were just scraps left, which were never enough. I was constantly hungry, and used to go to the market to pick up breadcrumbs and anything else that I could eat from the ground.
“When dad forced me to quit school, I was meant to stay in his house all day. I was devastated. But what dad didn’t know was that for a few years I’d been managing to meet my mum in secret at the market on my way home from school. I decided to run away to her to continue my education.”

“After three days I took off, but dad caught up with me and dragged me home. He tied me to a chair and hit me with a rubber hose. He said he would beat the evil spirit out of me that mum had infected me with. Then he left me with his sister in a village far from home, where I had to work in her fields. When I explained that I’d rather go to school, she said that the only thing I needed to learn now was how to use a hoe.
“Nine months later, I found out one day that mum had suddenly died. I cried so much. I hadn’t even had time to say goodbye to mum when I was taken away, and now it felt like I had nothing left to live for. But in the end I gathered my strength and decided to honour my mum’s memory by running away, finishing school and making a good life for myself. I knew it would have made her happy.” 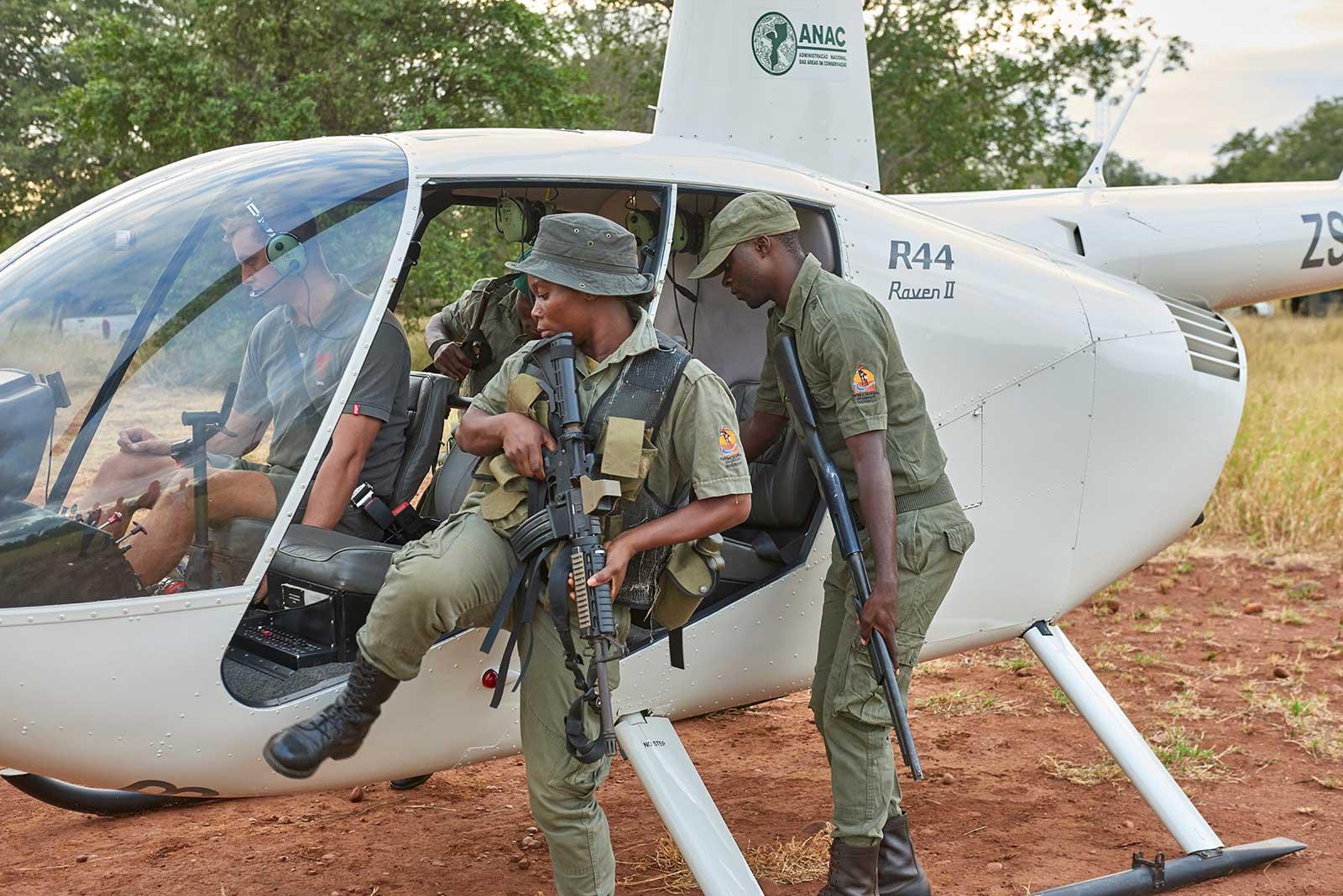 “I managed to escape to the capital Maputo, where I started working as domestic help. I was 14 at that time. After a while I’d managed to save up enough money to move to a relative and start school again. While attending school, I cooked food which people bought for their parties, and it helped me pay for and finish secondary school.
“One day I saw on TV that a national park was to start up a training course in ecotourism. I had always loved animals and nature, so I applied immediately and was accepted. When I’d finished the course, I applied for ranger training here in Limpopo. It is known as the best and toughest training in the whole country. After some really hard tests in terrain running, hiking, cycling and lots of other things, there were 40 of 140 applicants left. And just three girls, including me. I was delighted!”

“I’ve been a ranger and group leader here now for ten months, and I love it! My job is to protect the biodiversity of animals and plants here in Limpopo. For me, this mainly involves tracking, capturing and arresting poachers. We also collect snares and educate villagers about the importance of preserving animals and the natural environment. Financially, because wild animal tourism creates jobs and generates money, for example, ten of my workmates are from poor villages just outside the park but also socially and culturally. The wild animals are part of our heritage and our identity. When we visit the villages, it is very clear that boys and girls do not have the same rights here. Girls do not have the same opportunity to go to school, and many parents marry off their 14-year-old daughters in exchange for cows and money. I hate that. Other girls are forced to sell their bodies to survive.

“I want to visit villages and schools and tell them about wildlife conservation and girls’ rights. To show that it is possible to succeed and do important things in life, despite having it tough and being poor. Despite being a girl.” 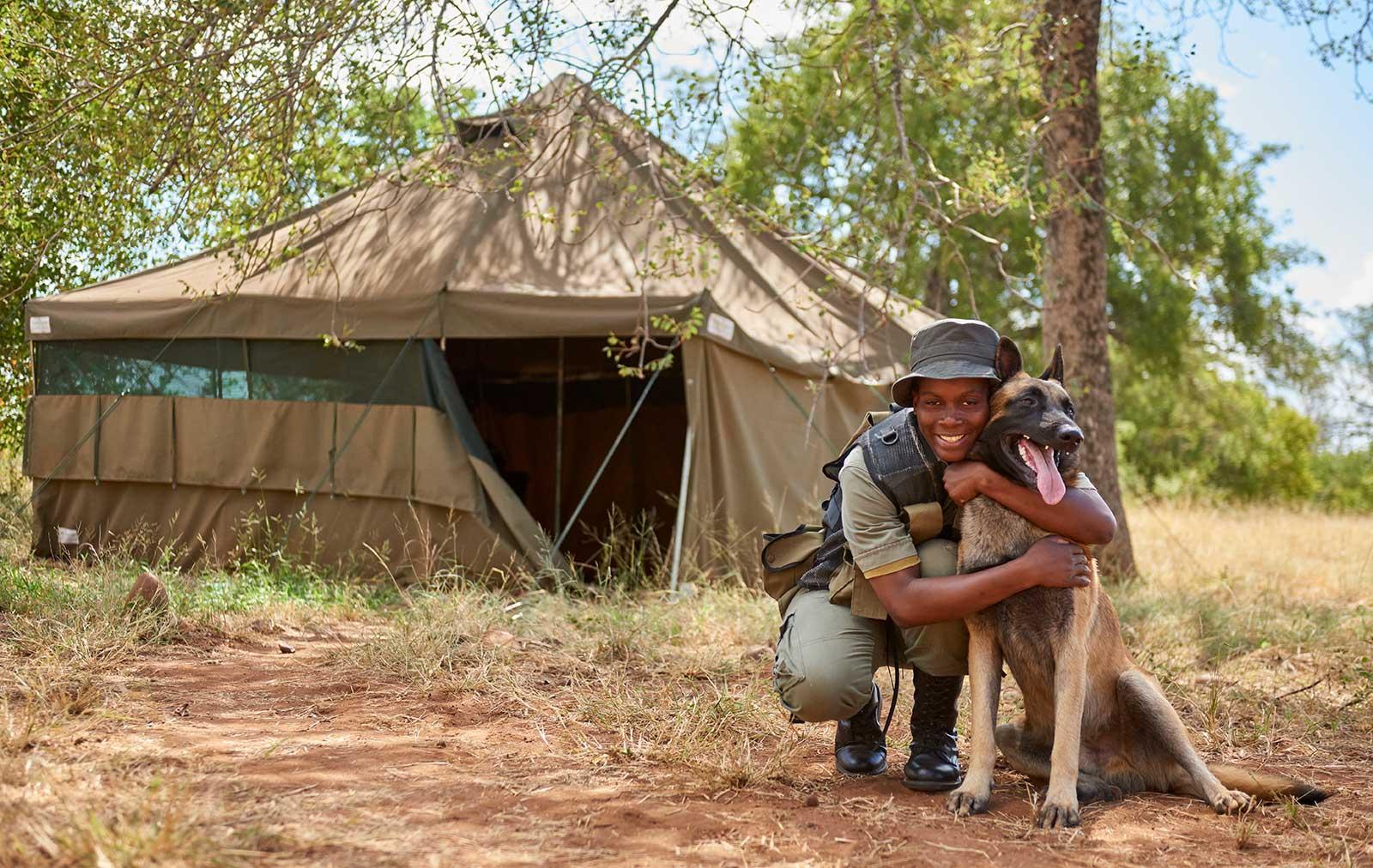 Made peace with dad

“My grandma, who lived nearby, eventually discovered that I was being badly treated. When dad and his wife went to the fields, grandma hid food for me in a hole in a Mafureira tree that grew right outside our house. I think she saved my life.
I gave my first salary as a ranger to my dad. He also got a nice suit, a hat and shoes. That made him cry. I think he was ashamed at how he had treated me. But I’ve made peace. I’ve forgiven him,” says Mira. 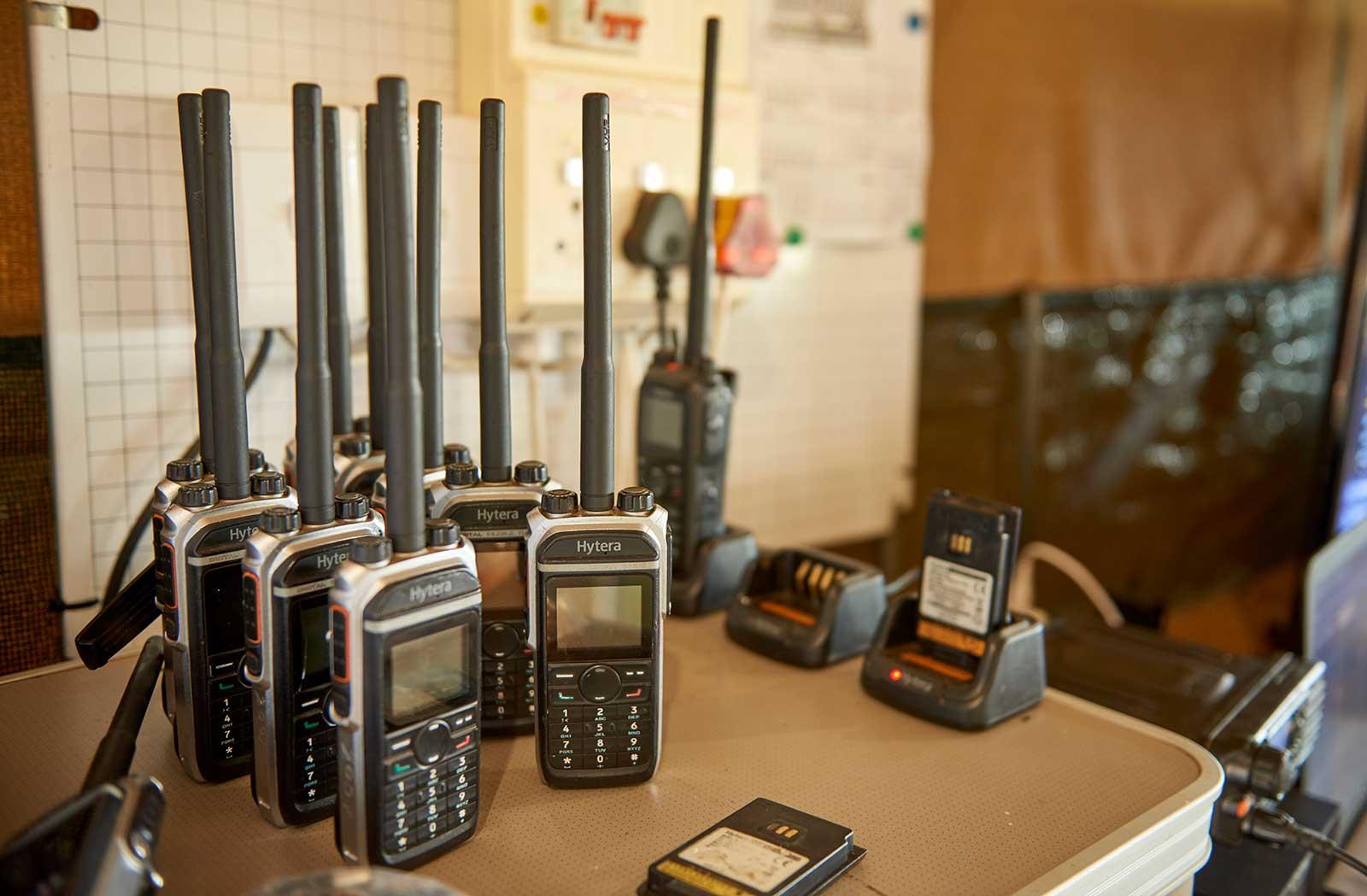 “We report everything that happens to base via radio. For example, if they need to send the helicopter to pick up poachers that we’ve captured.” 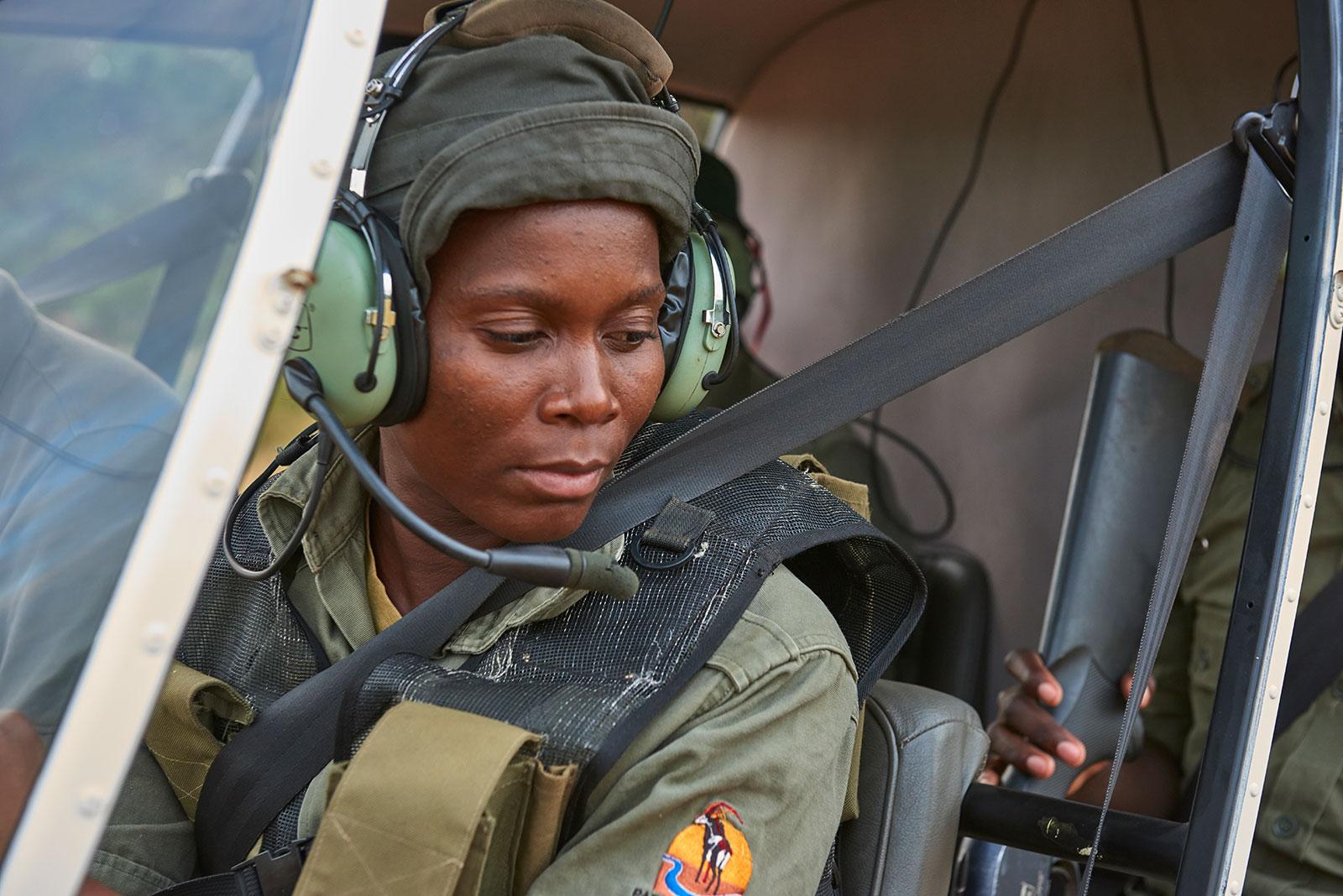 “My name is actually Lucrescencia Macuacua, but everyone calls me Mira!

“Mira manages over 23 men in the camp. It’s unusual for women to manage men here in Mozambique. But Mira is a manager because she’s the best, not because she’s a woman,” says a proud José Zavala, who is one of the camp leaders.

Naturally I’m worried that I or one of my workmates will get injured or killed. But if I die on the job, I can die happy, because then I will have died defending and fighting for what is right,” says Mira. 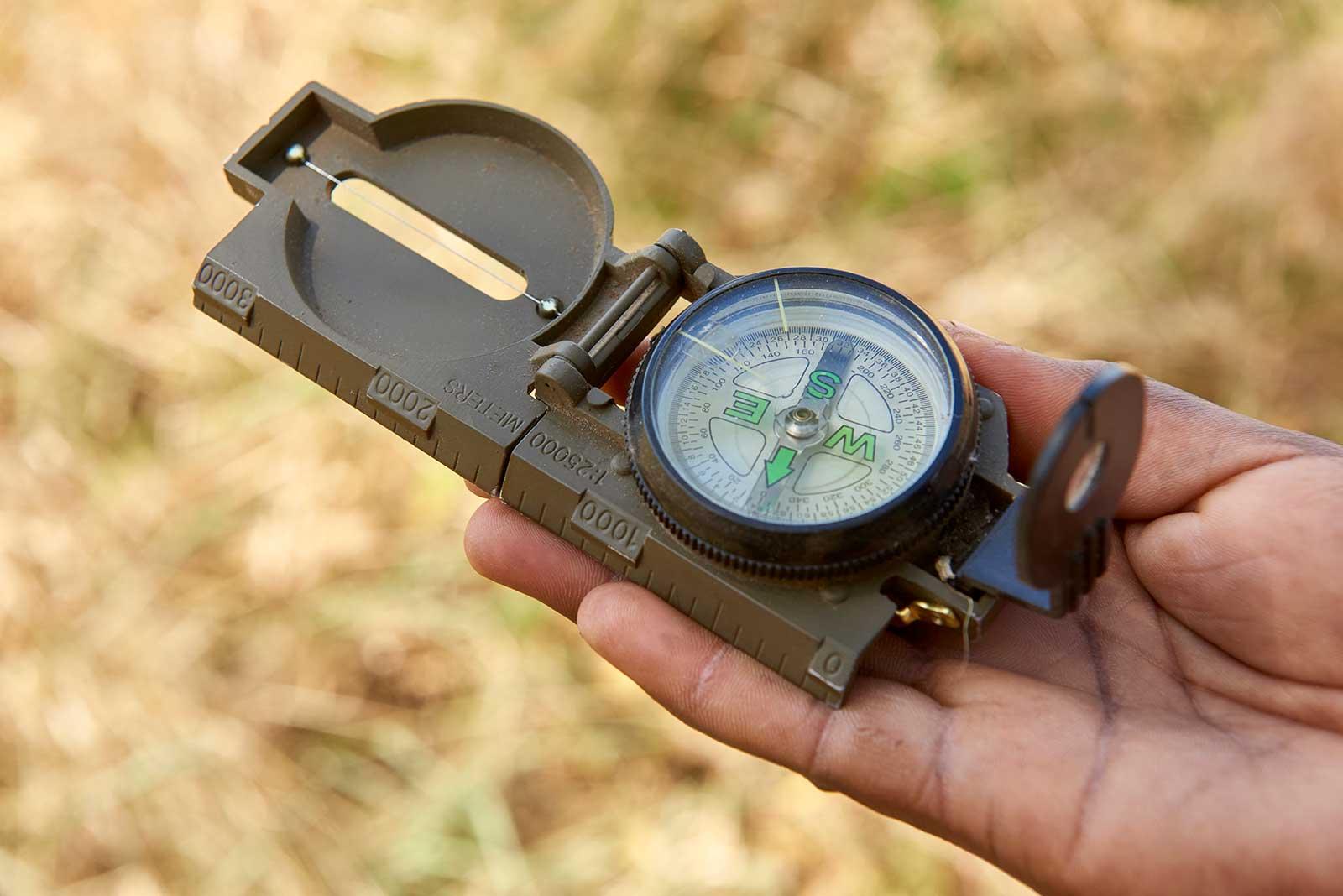 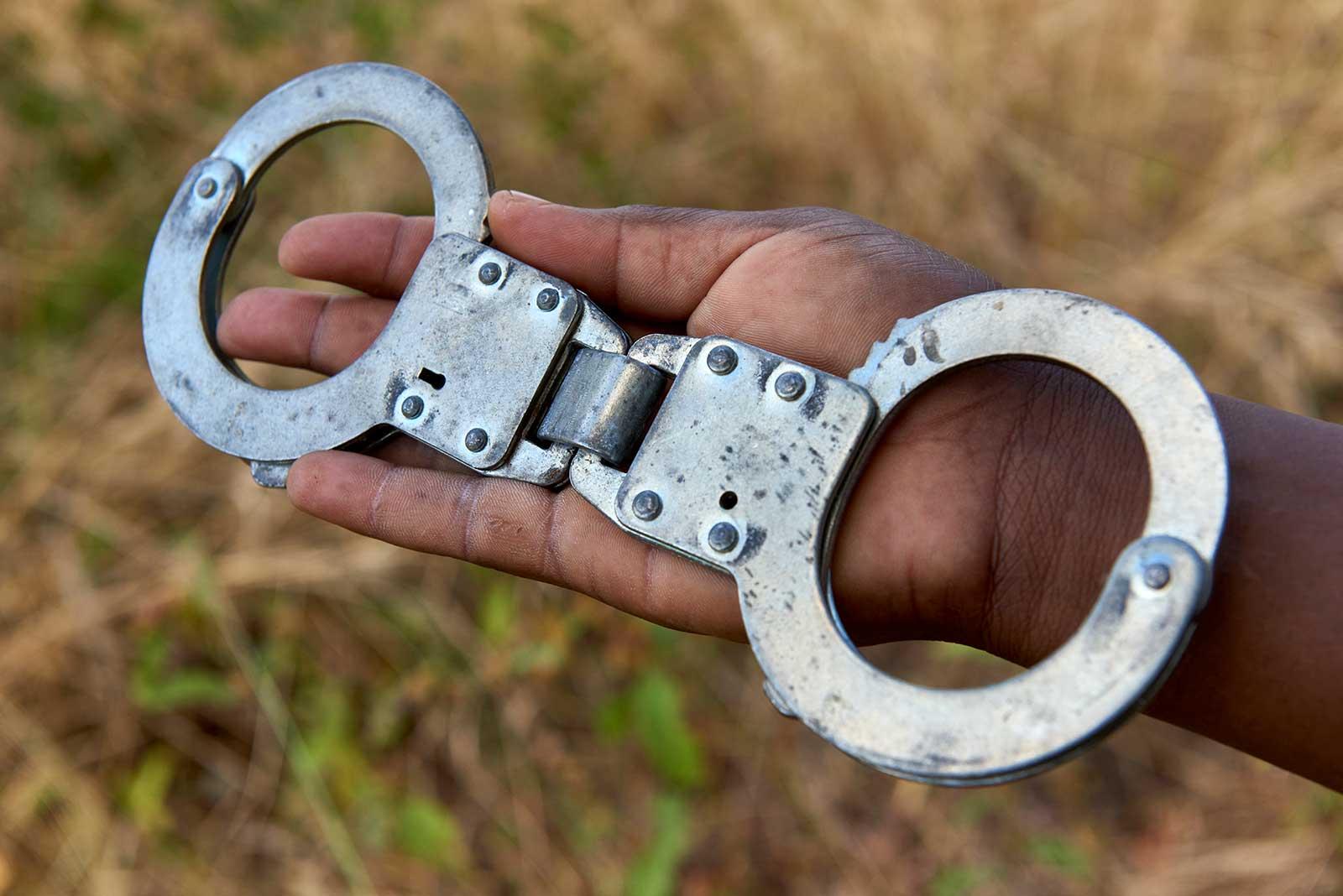 “We hike for at least 20 km a day when we’re doing patrols on foot. We have food, water and everything we need to stay as long as we have to in the bush to track poachers. The longest I’ve been out is five days. We sleep on boulders, never on the ground, because there’s a risk of being trampled by buffalo! We work three weeks on and one week off,” says Mira.

“Not long ago, I was part of a team that tracked and captured poachers on the South African border who had killed rhino. I’ve just given evidence in court, and now the poachers can expect a 20-year prison sentence. One kilo of rhino horn is worth USD 8,500. The minimum wage here is USD 60 a month, but there are a lot of people here who aren’t even on that much. But even if you’re poor, you have the chance to say no when organised criminals from Asia tell you to shoot our animals. You always have the opportunity to do the right thing,” says Mira.