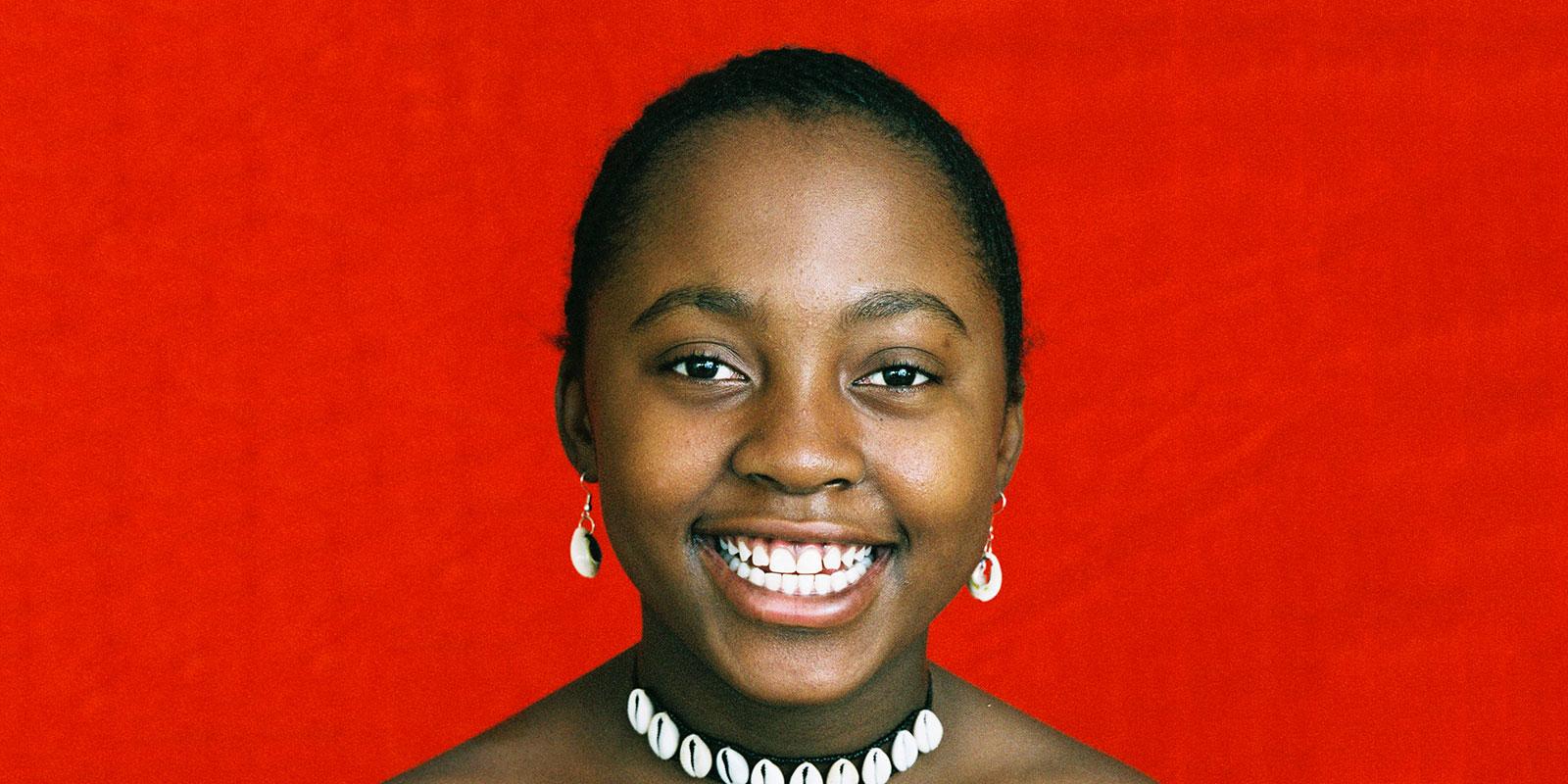 These are excerpts from the story about Gabatshwane when she was 13 years old and a jury member:

Nelson Mandela is Gabatshwane Gumede’s role model.    “I want to have a good heart like him,” says Gaba, as she is often called. But Gaba already has a good heart of her own. She uses the money her band earns to help orphans and poor children. Gabatshwane lives with her older brother Vusi in the town of Lethabong-Rustenberg in South Africa. After her parents died, people were afraid of catching HIV from Gaba. Even though a test proved that she didn’t have HIV, nobody wanted to be friends with her. When Gaba was little she fell into a basin of boiling water and was badly burned on her right arm and leg.    “They laughed at me in school and I was always alone.'

Gaba’s big brother Vusi helped her start a band, simply called Gabatshwane. She has performed for her idol Nelson Mandela many times. Gaba uses the money she makes from the band to buy food for the poor. She gives food parcels to school friends who are orphans.    “I demand that politicians work for the rights of the child. I have discussed this with the Minister of Education and I made an opening speech about the rights of the child at our provincial government here in North West Province. I started an organisation called Bana Ke Bokamoso which means ‘children are the future’ and fights for the rights of the child.'

Lots of poor people Almost everyone who lives in Lethabong is poor. Before, when there was apartheid in South Africa and black people were treated badly, white farmers used to dump people who were too old or ill to keep working on the farms in Lethabong. Although the name Lethabong means ‘Place of happiness’ in the Tswana language, it is not a happy place at all.    “I want to help other children who are hungry and alone. It breaks my heart when I see children who have a difficult life,' says Gaba. Gaba and Vusi have also started a band, which is simply called Gabatshwane. Or the Gabatshwane Marimba Band, to give it its full name. Gaba has performed many times, including three times for Nelson Mandela, who is her biggest idol.    “Hey Madiba (Mandela’s nickname) you respect our rights. You make me proud. Thanks for your magic!' sings Gaba in one of her songs.

Gaba’s coup One day Gaba and her band are going to play in the town of Rustenburg. It will be broadcast live on TV and there are politicians there. They’ve come to talk to the poor people and find out what kind of help they need.    “Have you noticed that there are no other children here?' says Gaba to her bandmates. “Isn’t that typical?'    Gaba had hoped that she would get the chance to talk about the rights of the child, but she won’t. The meeting is only for adults.    “I wanted to tell them about the orphans at my school. About how it is to be hungry all the time and having to walk barefoot to school when it’s cold in winter time.'    But it all works out after all. You see, Gaba has planned a little coup. The band is to perform three songs and they’re supposed to play songs to make people happy.    “But we’ve decided to sing a sad song called Ge kena mme, Ge kena rre this time. It means ‘I have no mother. I have no father’ and it’s about how hard it is to manage on your own,' explains Gaba before they play. From the stage everyone hears her singing:    “We are the forgotten children, we are children who want to go to school, who want to be loved.' “So the politicians got to hear the voice of the children anyway!' she says afterwards, laughing. 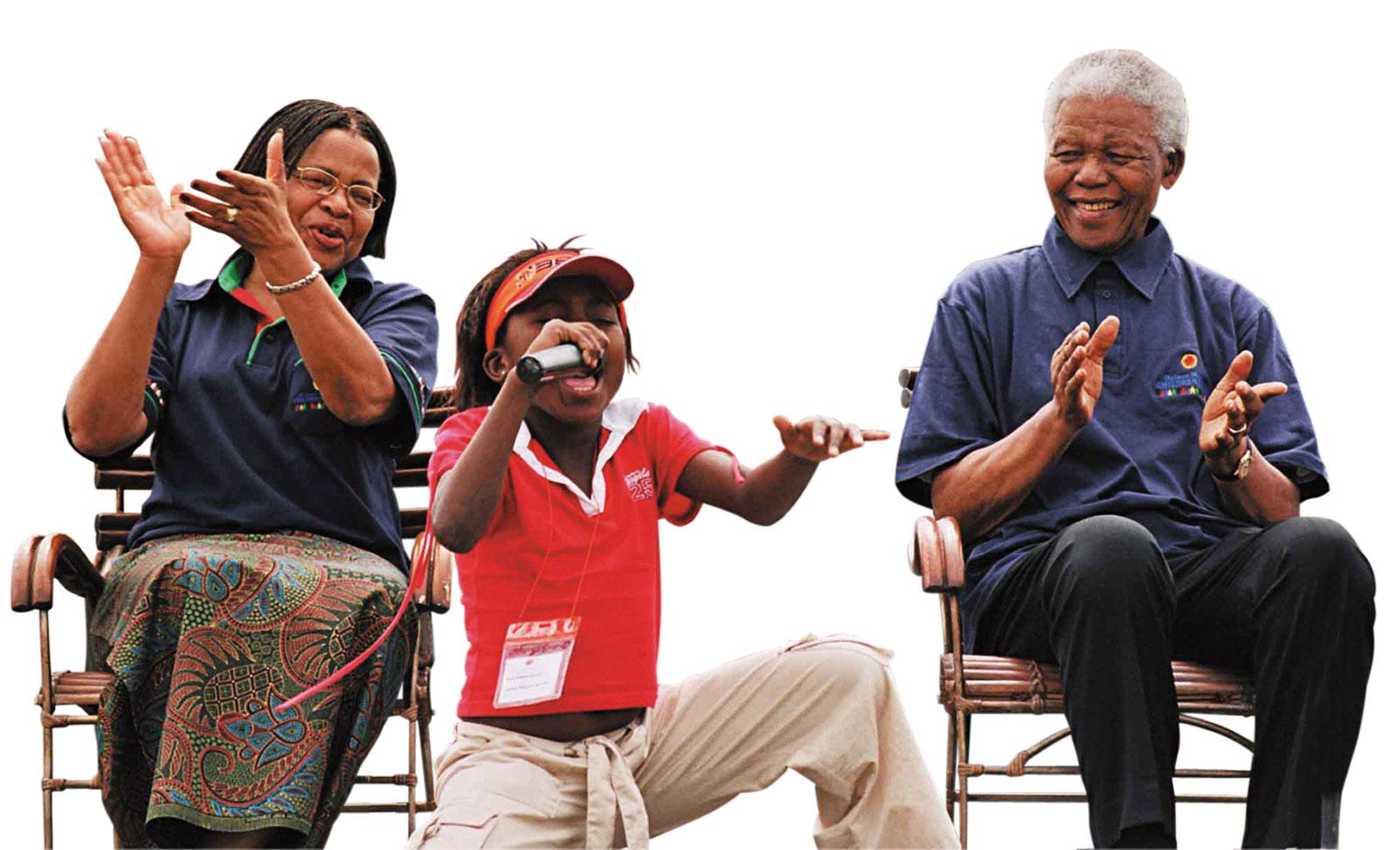