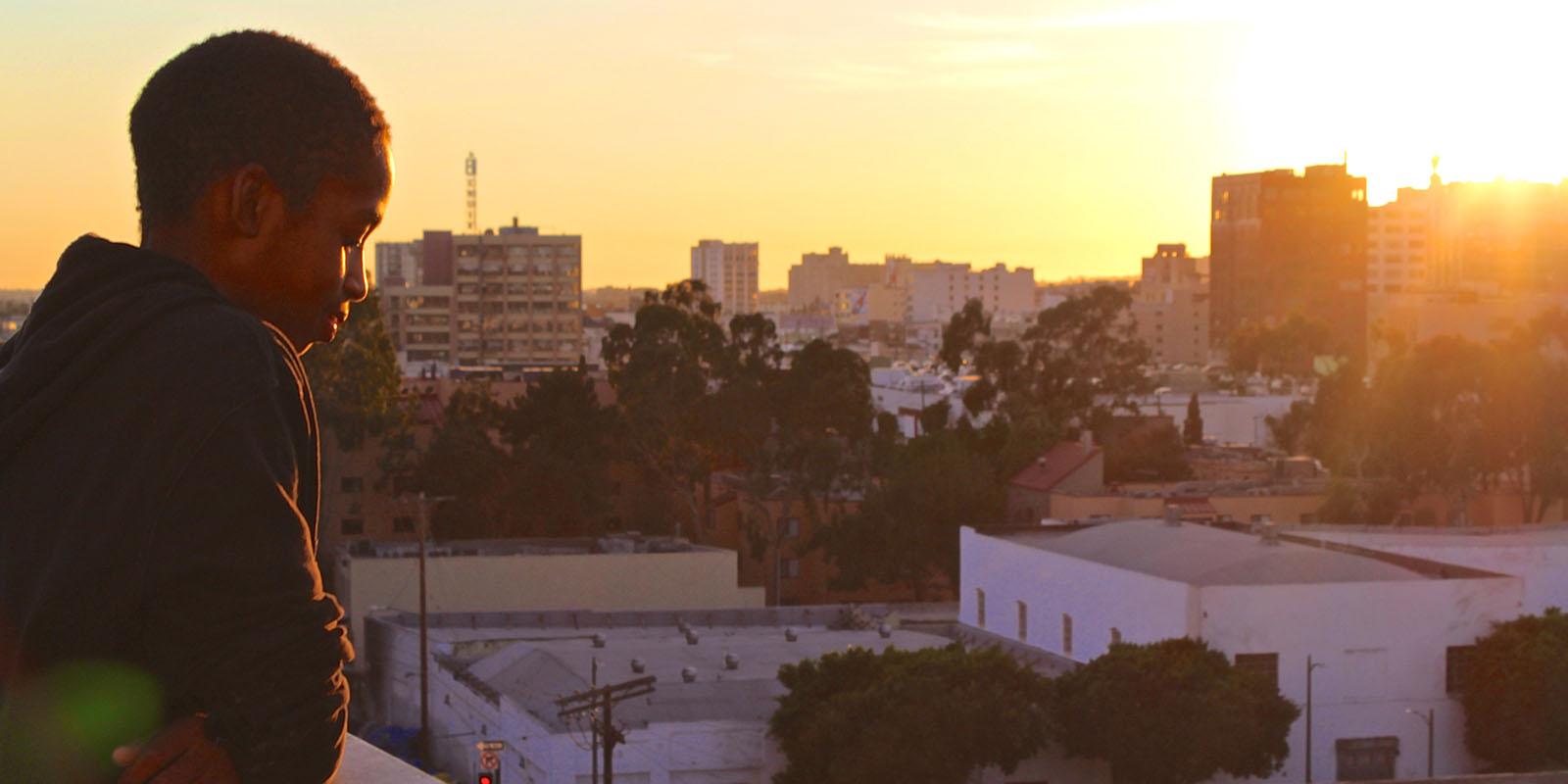 Taree is one of 2.5 million homeless children in the USA. They live in shelters, in cars, in shabby old hotels, or on the streets. The children’s families have ended up there for different reasons, but they all dream of a home of their own.
“I’ve been homeless since I was nine,” explains Taree.    “For a few years we moved around a lot, but now we live at Union Rescue Mission. This place is home to thousands of homeless people who don’t have anywhere else to go.” Taree, his mother and five brothers and sisters live in one room and share a toilet and shower with others.
“The worst bit is probably having to get up at five in the morning, when breakfast is served in the dining hall.”    Taree’s family live in downtown Los Angeles, in the homeless area. Thousands of people live on the street here. On his walk to school in the morning he has to pick his way between tents, shopping carts and sleeping people. But Taree is not afraid.
“The people who live on the streets are kind and helpful towards us children.”

Helping other children
Hardly anybody at school knows where Taree lives. He has only told his very best friend, because many people are prejudiced against homeless people.
“The worst thing about being homeless is moving around and changing school so often. I worry about the future a lot, and how I’ll be able to help my family survive.    Sometimes it’s hard to stay motivated. But my mother supports all of us. She has helped us grow strong, although things have been tough. Luckily I like school. Math makes me happy!”
Taree gets help with his homework from School on Wheels, an initiative started by child rights hero Agnes Stevens, who was honoured by the World’s Children’s Prize in 2008.
“Without their extra tuition I wouldn’t have done so well at school,” says Taree. “Now I help the younger kids there with their homework!”

Dreams of becoming an author.
“I like writing my own stories. It takes a long time to perfect them, but that doesn’t matter because I have a lot of patience. If I make it as an author, first I’ll help my family and then other homeless people.”