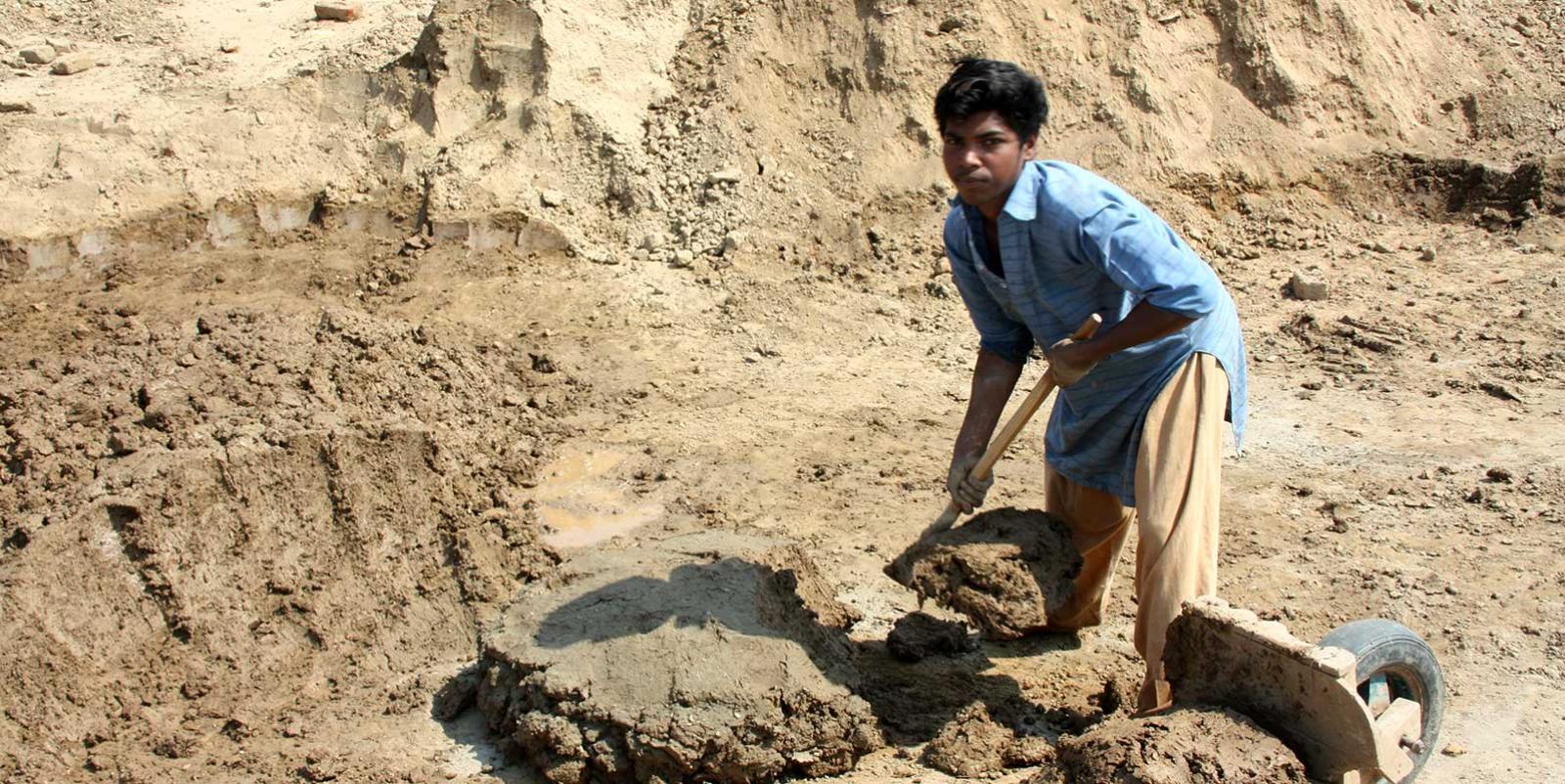 Shamoon began working at the brick kiln when he was four.

Shamoon’s family had been debt slaves to the owner of the brick kiln since his father was a child because of a loan for 60,000 rupees ($600 USD).
When Shamoon was five, his father fought for better conditions for the brick kiln workers and helped start an evening school for the children. The owner and supervisors of the brick kiln didn’t like this. When Shamoon’s father helped a TV crew make a program showing how hard the brick kiln families’ lives were, all the brick kiln owners in the area started threatening him. He knew very well the cruelty of which they were capable, so under cover of darkness he and his oldest son fled.

The very next morning the owner sent for Shamoon and his mother.
“My mother had explained that the owner would kill my father if we told him where he was. The owner insulted my mother and beat me with a stick several times that day. It was then that I realised that our whole family were slaves.” Shamoon was forced to help his mother at the brickworks every day from sunrise to sunset. He carried on going to evening school, but he was exhausted.
After a couple of years, a group of brick kiln workers managed to get the owner to promise not to hurt Shamoon’s father if he returned to the brick kiln. The family could now make enough bricks in a day to satisfy the owner without Shamoon having to work all day. He started work at five in the morning, went to school at eight, and carried on working after school, from one o’clock until sunset.

His own evening school

Shamoon is now in Year 9. “I can see that the students at the ordinary school don’t think about poor children. I think about them all the time, and wonder how they will get an education. In the evenings I run an evening school for the children and young people at the brick kiln, who can’t attend an ordinary school. Education makes them brave and able to help their families. All children should be able to go to school. Education is the only path to freedom for us.” Shamoon’s family are no longer debt slaves, but they still work at a brick kiln. Shamoon helps them whenever he can.