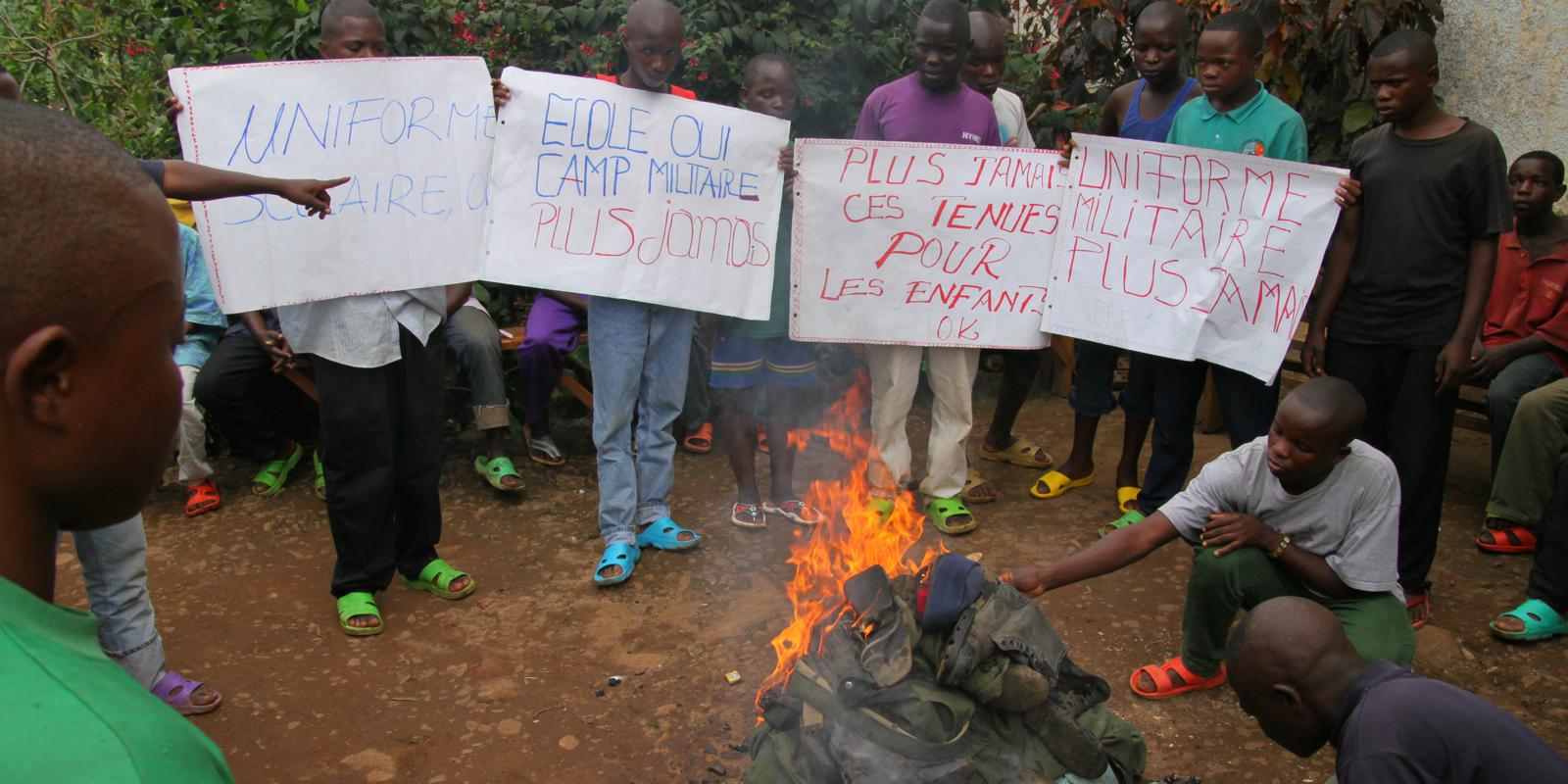 Ndale represented child soldiers and children in armed conflict. Now he is an Honorary Adult Friend.

When Ndale was 11 years old and on his way to school he was kidnapped by an armed group and forced to become a soldier.

“We walked for three days without eating or sleeping. We weren’t allowed to talk to one other. When we walked too slowly they kicked us and shouted all sorts of things. I was so tired.

One evening they burned our school uniforms. The whole thing was like a nightmare. But it was real. Once we knew how to handle our weapons, they said now it was time to learn to kill people."

"We children had to go first. That was always how it worked. We hid in the forest, near a road. Someone began to shoot. I can’t describe how scared I was. People were falling down dead beside me. People were screaming. All the shooting. I felt utterly overwhelmed by feelings of fear. When I tried to hide, the other soldiers shoved me forward and said:   ‘If your friend dies, it doesn’t matter. Just step over him! It’s your duty.’"Finally freeAfter three years Ndale managed to flee. He was taken in by World’s Children’s Prize Laureate Murhabazi Namegabe, and was able to burn his military uniform, exchanging it for a school uniform!    “Now my life has begun again,” he says. I get to go to school. My favourite subjects are music, English, geography and history.

Your rights: in war and as a refugee You have the right to protection and care in times of war or if you are a refugee. Children affected by conflict and refugee children have the same rights as other children. Roughly 30 million children in the world are refugees – this is over half of all the refugees in the world. Over the last 10 years at least 2 million children have been killed in war. 6 million have suffered serious physical injuries. 10 million children have suffered serious psychological harm. 1 million have lost or become separated from their parents. Around 250,000 children are being used as soldiers, carriers or mine clearers (over 1000 children are killed or injured by mines every year).